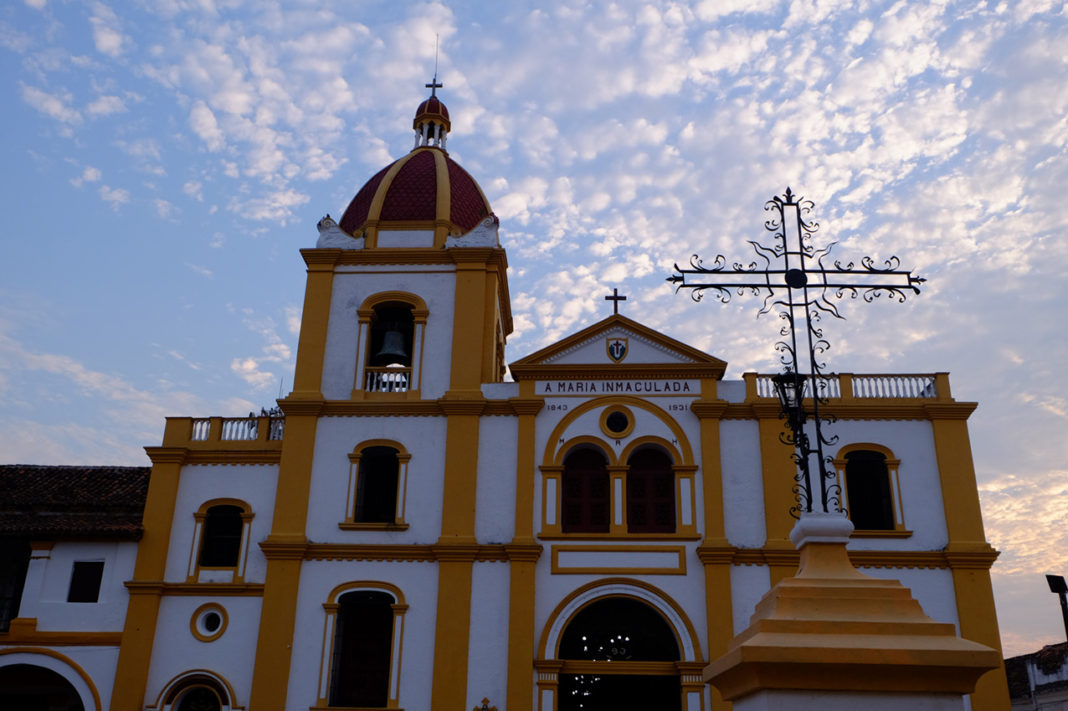 The river is a permanent companion when strolling the streets of Mompox, a city so steeped in history that its closest rival, old Cartagena, seems like an estranged sister, the one who married wealth and title. Mompox, on the other hand, was devoutly religious and when not praying, trading with the indigenous tribes. They both lived close to the sea, but Mompox, far enough from the pestilence and wrath of the Inquisition to embrace a rebellious spirit.

Founded in 1537 by Alonso de Heredia (brother of Cartagena founder Pedro de Heredia), Santa Crux de Mompox grew in importance as a military and commercial outpost for the Spanish crown. If Cartagena would fall to the British or be ransacked by pirates, New Granada, and the majestic Magdalena that flows through a continent of gold and silver, would be protected. Six centuries after the first corner stones of churches belonging to every Catholic religious order in the New World were laid down, Mompox still looks benevolently over the languid river where missionaries, traders, artisans, and adventurous botanists disembarked. First they came in dugouts, then in paddle steamers. Now they arrive by bus from Cartagena.

When Europe was in the midst of the Napoleonic Wars of 1812, one Venezuelan arrived in Mompox to gather up an army of 400 fighting men who liberated a continent. His name was Simón Bolívar, and his exploits are woven like filigree into the historical and literary context of this community of 40,000, located on a fertile wedge between two estuaries of the Magdalena. Once Bolívar had liberated the Andes from Spanish, he returned to Mompox to declare: “If to Caracas, I owe my life. To Mompox, I owe glory.”

Along the town’s waterfront promenade, known as La Albarrada, many of the former mansions that once belonged to the commercial elite – even one Marquess who purchased the most handsome slaves only to set them free – are now renovated as boutique hotels, cafes and general stores. The stone Piedra de Bolivar is a reference point when admiring the coloured facades, wooden doors, and lists the dates of Bolívar’s five stays in Mompox. Bolívar and Mompox also figure prominently in the masterpieces of the region’s most celebrated writer, Nobel laureate Gabriel García Márquez.

Home to the first Afro-Colombian poet, Candelario Obeso (1849 – 1884) whose verses were inspired by Magdalena, and Colombia’s most important contemporary singer of cumbia, Toto la Momposina, Mompox was a declared a World Heritage Site by UNESCO in 1995 given its architectural patrimony, as well as contribution to Colombian culture. Every year music lovers descend on Mompox for its Jazz Festival, but undoubtedly, the most famous of all events in the year is Semana Santa – Holy Week – when the entire town accompanies solemn, candlelight processions.

The hooded Nazarenes carrying wooden effigies of Christ, accompanied by bandsmen with trumpets and trombones may seem eerie to outsiders, but it’s a tradition that dates back to the Spanish realm when this town was populated by Andalucians. The Semana Santa in Mompox is similar to that of Sevilla, Spain, with a drum roll and swaying pilgrims, except the nights are sultry and the shrill of cicadas rises from a tropical canopy.

Visiting the six churches are part of an obligatory walk in Mompox. One of the main attractions is the Republican cemetery where poet Obeso is buried. Free-roaming cats and ornate tombs of Independence fighters or common folk who succumbed to yellow fever or fell in the line of duty, recalls other great landmarks such as Pere Lachaise in Paris and Highgate in London.

Many visitors arrive in Mompox from the capital of Cesar, Valledupar, along the Ruta del Sol, others opt for the romantic option of a car ferry that shuttles between Magangué and Margarita island. Getting to Mompox is part of the experience. If it were an easy weekend escape, mass tourism would have bulldozed much of its charm, and charm it has plenty, from the ornate Santa Barbara church with its rococo cupola to the colonial San Agustín with its yellow tower.

Mompox is a monument to colonialism, the Independence campaign and a Republic that forsook the river trade, for the industrial prowess of Medellín and political power in Bogotá.

In this time capsule, restaurants have flourished and hostels welcome the outback traveler. Many expats have adopted Mompox as a refuge from Cartagena, with its cruise ships and souvenir-buying tourists. As I reach the end of La Albarrada, the pizzeria El Fuerte, owned by an Austrian, operates inside what used to be old fort of San Anselmo. As rounds of cold corozo juice make their way to our table, the crackle of muskets has been replaced by the laughter of school children.

From a Festival del Dulce (Festival of Sweets) taking place in Santa Barbara square to the Nazarenes swaying under the weight of tradition, Mompox has earned its place as one of Colombia’s most picturesque towns. And also one of its most elusive, as Bolívar found out when approaching it for the last time. In the words of Gabriel García Márquez in The General and his Labyrinth, the Liberator tells his aide-de-camp José Palacios, “Mompox does not exist. Sometimes we dream about it, but it does not exist.”

This article was made possible thanks to the Ministry of Commerce, Industry and Tourism (MinCIT) and Fontur. 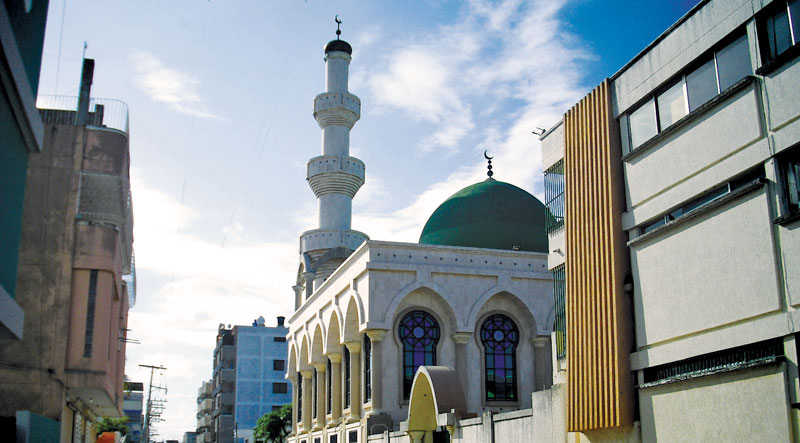