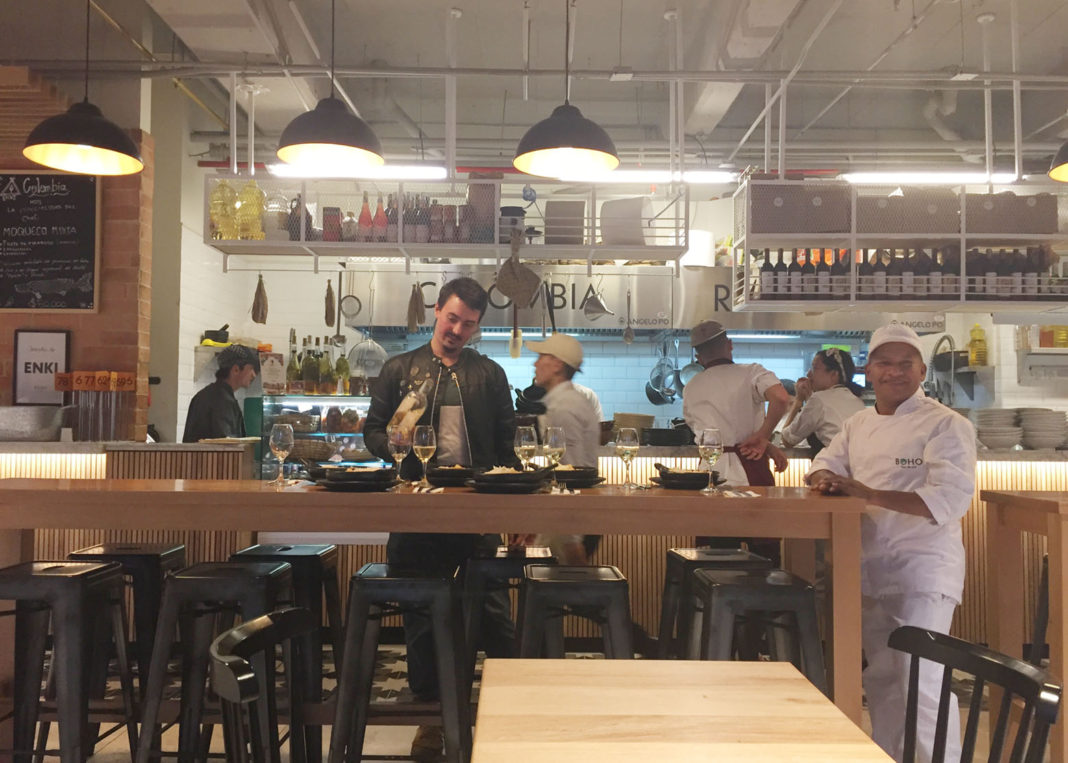 “We serve the genuine carbonara,” warns Michele Gambino, a renowned Italian journalist and partner at Massimo Pasta. The restaurant is one of 21 eateries in Boho, a super hip, unique and enticing 4,000 square meter food market, restaurant and retail complex in Usaquén.

Carbonara is perhaps one of the most controversial dishes of Italian cuisine, capable of sparking fiery disputes among enthusiasts. The recipe Michele and business partner Massimo Covello offer is prepared by the book, according to Roman tradition and using pork cheek (by no means bacon) black pepper, egg yolks and pecorino. Nothing more. Nothing less. And yes, cream is a big no-no.

“I am very proud of this dish,” says Michele, who reported on Colombia during the mid-1980s, and believes Bogotá has become since then a modern metropolis on par with many European capitals.

The dish ($30,000), is served al dente and fresh every time. Massimo’s Chef, Simone D’Alonso worked with three Michelin Star chef Heinz Beck in London, and is here to train the staff in the apparently simple, yet complex Italian cuisine heritage.

Attention to detail, fresh produce, variety and a commitment to deliver quality foods at fair prices is a common denominator among the restaurants, and key business proposition for Opera Inversiones, the investment group that created and administers the emporium.

“Boho is the first of its kind in Bogotá, and offers a gastronomic experience with accessible prices,” says María José Ramos, Chief Business Developer and Marketing Officer. “It operates with a circular economic model,” she explains. The food market supplies the majority of produce to the restaurants, which can accommodate 690 people. Tabs are canceled with payment cards issued by Boho at cashiers or authorized staff.

“We want the kitchens to be a laboratory for innovation, and give chefs the chance to be creative by setting them up with the best equipment available for a fee,” claims María José.

Boho is a play on the word bohemian and looks to create an association with SOHO, New York. It is also inspired by modern European markets and food courts such as El Nacional in Barcelona or Eataly in Manhattan’s Flat Iron District.

A few steps from Massimo Pasta is Balance by chef Silvana Gómez serving plant-based cuisine. Her culinary journey began by chance while searching for her own wellness. Although she pursued a career in Business Administration and Finance, she is certified in Plant-Based Nutrition by the T. Collin Campbell Center – founded by the author of the revolutionary China Study, and one of the pioneers of the movement.

Silvana has made it her motto to make people aware of the effect food has on their bodies, and the impact the industry has on health, animals and future of the planet. “I’m very happy to have the space to interact with customers, and sharing this knowledge is priceless,” she explains.

“I am self-taught because there is no formal training available in Bogotá, and what is available does not aim at healthy eating,” she assured. The result is an interesting, super healthy and energetic menu. The Arepa Black, one of Silvana’s favorites, is made with brown rice, quinoa and black sesame. The patty is filled with mock tuna and avocado, and garnished with aioli. Dishes cost between $28,000 and $30,000.

Across the floor, on the other side of the culinary spectrum, and equally enthusiastic about exploring Colombian signature cuisine is chef Esteban Cor- rea of Enki. Familiar with cooking with fresh market ingredients, he believes in the importance of preserving culinary traditions while forging his own style.

“I feel totally committed to my roots. It is my life mission to contribute to curing the wounds Colombians have as a result of all those years of war,” he states. A believer in the healing power of food, and working in an open kitchen has given him the opportunity to create a dish with César Muñoz, a chef and fishmonger one floor below.

The result: The Moqueca de Pirarucú ($50,000). Served as a stew with the meat of the giant Amazonian fish – and with plenty of shellfish – the dish comes with rice and wild yucca flour, and is garnished with deep fried onion rings in purple corn batter. Grilled red peppers and cherry tomatoes add a garden touch. One of Esteban’s favorite recipes is sticky coconut rice with shellfish cooked with traditional Pacific herbs – Hierbas de Azotea.

From rooftop restaurants to a garden café, Boho’s culinary set-up is varied and fresh. So too, its food market, which sells organic produce and gourmet goods. Prices are competitive with respect to other stores in the city.

Across a central patio, Boho Expo showcases Colombian goods made by 130 local designers. Spaces here are also leased, giving small entrepreneurs the chance to sell their work. “Colombians are very talented, and the choice of products in Boho expo is spectacular,” assures María José.

Usaquén’s Boho is the first of three that will open in Bogotá during the next three years. One will operate in the center and another in La Macarena. With a total investment of $50,000 million pesos, the emporium wants to keep on innovating in different areas of the city.

Is Bogotá ready for Boho? “It was long overdue,” answers María José, who believes the capital needed a venue that combines Colombian flair with European sophistication. 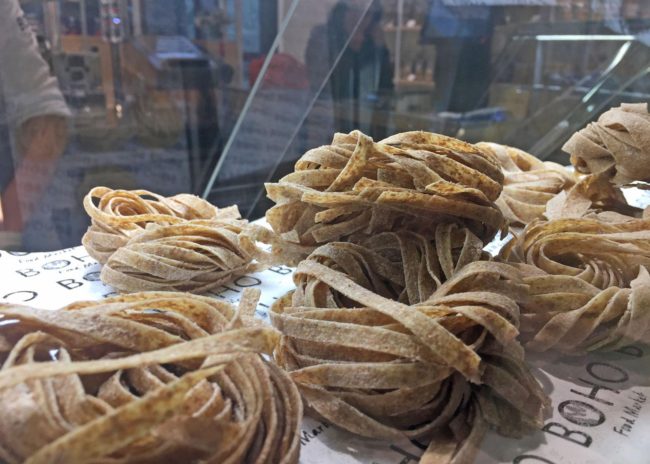 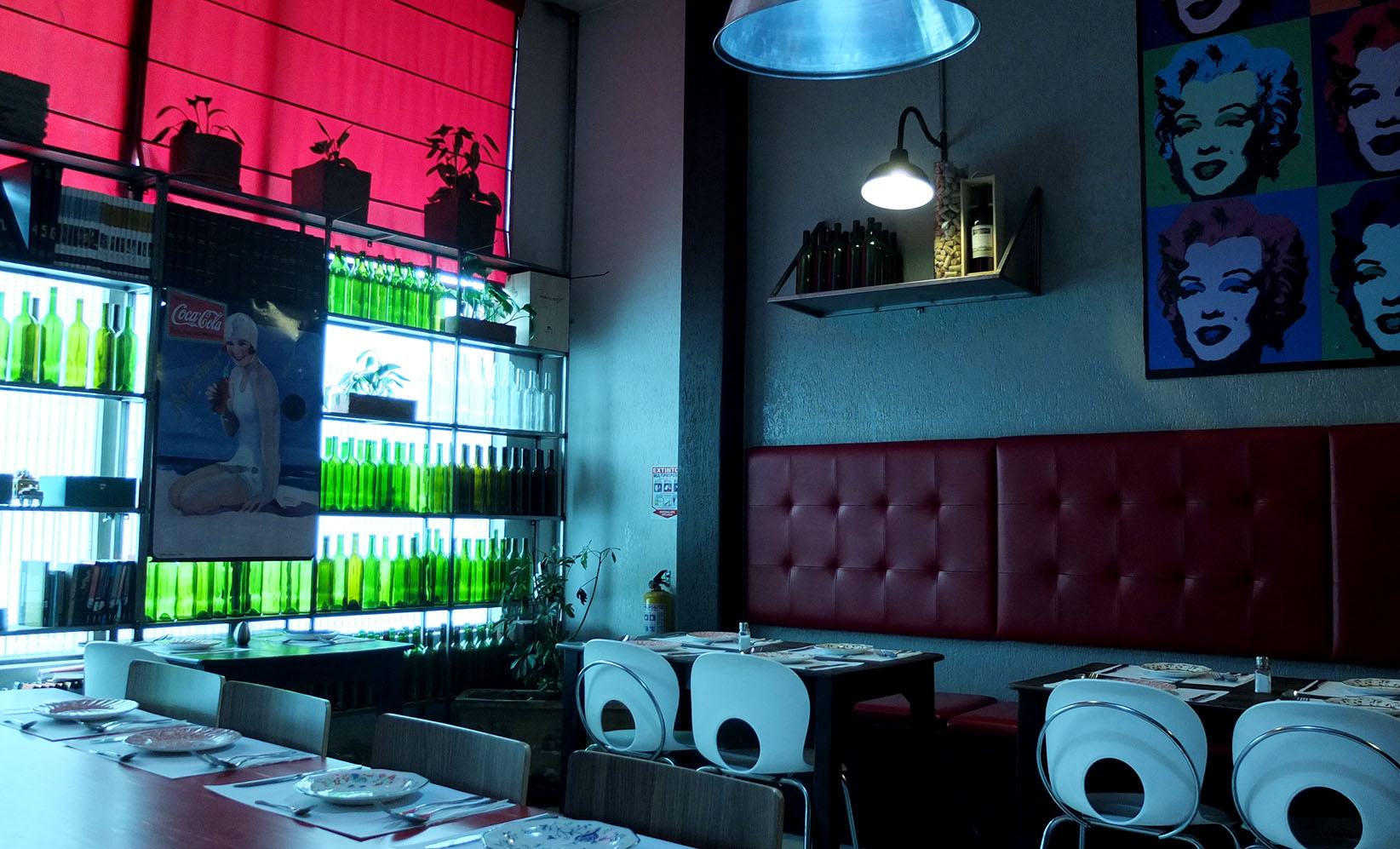