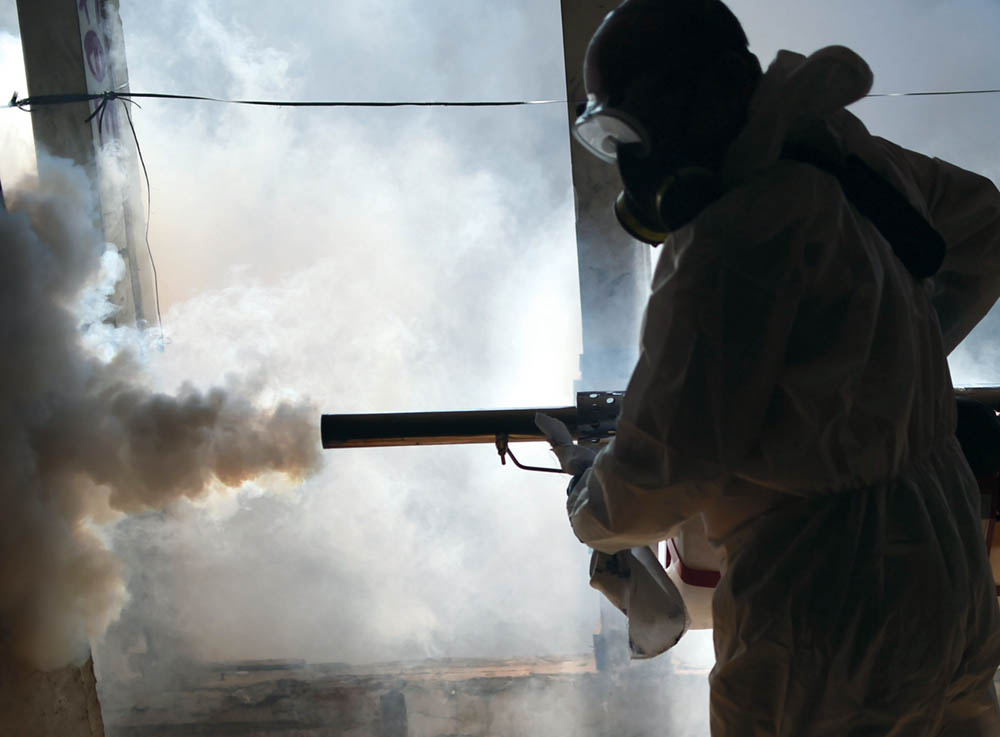 Lollapalooza injected excitement into Bogotá’s music scene when it decided to come to the capital. The 25-year-old music festival already had editions in Chile and Argentina. Now it was Colombia’s time.

But within weeks of releasing the September festival’s lineup, the organizers abruptly canceled Lollapalooza Colombia. The unannounced headliner dropped out, according to the organizers, who decided to call off the whole concert.

Colombia’s RCN Radio identified Rihanna as the mystery performer and said she pulled out due to fears about Zika. A subsequent New York Daily News report claimed the pop star never committed to play since she was unavailable on those dates. Regardless of why, the event was canceled, and headlines the world over – from US Weekly and The Fader in the United States to BBC News and The Independent in London – stated that this frightening mosquito-borne illness had stopped the show.

Losing one high-profile event won’t materially impact the nation’s economy, but these Zika fears are now threatening tourist companies across Colombia. The disease, which has been linked to birth defects if contracted by pregnant mothers and a rare nerve disorder in a few adults, is now prevalent throughout the Americas. Colombia has been one of the hardest hit.

“The first six months of this year were very hard given the news about Zika,” said Sandra Atallah Murra, founder of Frontera Travel in Bogotá. “From groups, school trips, corporate events, and Semana Santa bookings, sales and applications were 70% lower than other periods.”

Many Colombians have stayed home from the beach. International schools in the capital, including Colegio Nueva Grenada, have cancelled student trips to the coast or chosen new destinations. Cartagena, the colonial-era jewel and tourist Mecca of the Caribbean, has been plagued by Zika.

Sandra’s company is exotic, taking travelers to the Amazon and other remote jungle areas in El Chocó, Putumayo, and Guainía. But with so few bookings, she had to make adjustments. Semana Santa, the holy week surrounding Easter, is one of the biggest travel periods in Latin America and critical to business. So Frontera launched a new destination to the high-mountain national park of Nevado del Cocuy. With a dozen peaks over 5,000 meters (16,000 feet) and the whole park sitting at high elevation, the Aedes aegypti mosquitoes that carry Zika cannot survive there.

Sandra also started pushing trips to other mountains, including Nevado del Tolima, Santa Isabel, Salamina, and Pijao in the central Andes chain. It was the only way to get people to buy travel packages. “Below 1,800 meters, destinations stopped being sold,” she said.

Awake Travel, also based in Bogotá, had similar problems. “At the time when Zika appeared more strongly in the news, we had many cancellations for warm-weather trips, both domestic and foreign,” said Laura Romero, the company’s business manager. “Sales decreased in the first month of the year, and there were many people asking about this topic.”

She said that things have since normalized, at least among domestic travelers. Zika, with its links to birth defects, has driven fear in Colombia. But since it started making news in late 2015, most have adjusted. This is a nation accustomed to dealing with other mosquito-borne illnesses like malaria, dengue fever, and Chikungunya, which was Colombia’s new major epidemic before Zika moved in.

Media coverage is only ramping up in other parts of the world, however. The United States is now suffering an outbreak in its southern states, and athletes continue to raise concerns about the Olympics in Brazil. World number-one-ranked golfer Jason Day and Rory McIlroy of Northern Ireland are among the top PGA players who are skipping the games because of Zika. Multiple NBA basketball stars have declined an invitation, with Gordon Hayward of the Utah Jazz saying he was staying home to avoid getting sick.

NBA player Steven Adams summed up the alarm when noting that he had second thoughts about going to Rio de Janeiro to watch his sister compete in track and field. “I haven’t decided yet,” Adams told a group of reporters in June. ”They’ve got that weird disease around there. It kind of makes me scared.”

Comments like this, and the cancelation of Lollapalooza, illustrate how fear and ignorance about a troubling, but manageable, disease is creating a financial threat to those whose livelihood depends on tourism.

“We can’t control the international media, which has overreacted about this topic, but we can provide all the information about it,” said Diana Marcela Zuluaga, co-founder of 5Bogota.

She admits to being nervous since her small, still-young company only recently expanded to offer trips outside of Bogotá, which at 2,600 meters (8,600 feet) is out of harm’s way. Unfortunately, the science of the matter isn’t always enough to convince people, perhaps including Rihanna, of what the actual risk is.

So Zuluaga knows now is a tough time to sell clients an excursion in Cartagena. “It could be complicated for us, but we make sure that everything is about information,” she said. “It means that we have to be so clear about the Zika problem and how to manage it as a travel agency.”

Many Colombians know the common-sense precautions. The disease carriers are most active in the day, so that is when it is best to wear protective clothing, layer on the repellant, and steer clear of areas where standing water creates breeding grounds for mosquitoes.

Convincing outsiders can be difficult. Zuluaga remains optimistic though. She hopes today’s fears will pass and that tourists will still want to explore a country with so much to see. “As a destination in Latin America we always deal with problems like Chikungunya, malaria, or dengue — all more serious and dangerous than Zika,” said Zuluaga. “So we have to be ready for a new one. And Zika is just the trendy one.”

Your Holy Week in Colombia unveiled