April is always a wash out. But who could have imagined that the switch from El Niño to La Niña would have been so abrupt? After a long drought and announcements from the presidency that we could face energy rationing, the rain has arrived with a vengeance.

But even though agriculture in the Sabana de Bogotá has gotten a timely respite from the dryness, there are still many regions of the country that haven’t seen a drop of water in weeks — even years.

While we welcome a change in the weather, the political climate remains unpredictable. The much-anticipated peace deadline with the FARC guerrillas wasn’t met last month, and now, in lieu of the empty negotiating table, many are asking: “What’s next?”

The first weekend of this month, Colombians took to the streets, marching to the steps of Congress (with umbrellas in hand) to voice their frustration over the current state of the economy and the Santos government.

“Too many concessions to FARC,” they rallied.

“Too much impunity for terrorists,” they reprimanded.

After four years of peace talks there is fatigue, and the discontent was heard loud and clear from the Plaza Bolívar. Yet domestic media coverage of the nationwide march “Against Impunity” was limited. The rains made the front page.

Former President Alvaro Uribe Vélez had been calling for a march for months and made himself very visible among the protesters outside his former home and within earshot of his former minister of defense, Juan Manuel Santos.

The already deeply entrenched positions between Santos and Uribe over the current state of the peace process were exacerbated when the government announced that it would launch peace talks with the country’s second-largest guerrilla organization, the Ejército Nacional de Liberación (National Liberation Army).

Since taking up arms in the 1960s, the ELN has waged a hit-and-run war against the state, blowing up key infrastructure and causing widespread environmental destruction. Its most infamous cause célèbre took place in the early hours of October 18, 1998.

While trying to detonate the trans-Colombia oil pipeline, a fireball erupted and engulfed the hamlet of Machuca, killing 84 souls. Their destructive exploits knew no limits.

A year after the Machuca tragedy, commandos of elenos hijacked an Avianca turboprop as it covered the route Bucaramanga to Bogotá, landing the plane in a football field in the gold-rich region of the San Lucas mountains.

All 41 passengers and crew members, taken hostage by the ELN, were eventually liberated during the course of a year.

The ELN, entrenched in a revolutionary mindset of all action and no dialogue for more than a half century, are the most radicalized of Colombia’s insurgents.

So when the government’s peace negotiator, Frank Pearl, and the ELN’s Antonio García announced from Caracas that they had been negotiating to define a six-point agenda during the last two years, Colombians were shaken out of their energy-rationing mindset to face another difficult truth: while peace with FARC seemed secure, it may stumble, and while peace with the ELN seemed an impossibility, it may succeed.

Most Colombians spend their days just trying to get by and are increasingly ambivalent to these parallel peace processes. The state of the economy is sluggish, and as the cost of living continues to escalate, there is widespread pessimism.

The president’s approval rating has reached historic lows, and with 70 percent of his compatriots disapproving of the way the peace talks with FARC have been conducted, a plebiscite put to the people at this contentious moment would fail.

The FARC leaders insist on a National Constituent Assembly to safeguard their judicial rights. To salvage the process, Santos may have to capitulate to alleviate the “peace fatigue.”

Most presidents don’t have good second terms. Santos, so far, is no exception. Even though many external issues have influenced the discontent, the cloud of pessimism that currently hangs over Colombians isn’t going anywhere soon.

Energy rationing may have been shelved for the moment, but this invierno is a political “winter of our discontent.”

Turning quickly to Shakespeare, the debut of two renditions of Macbeth this month at the Teatro Colón gives us something to look forward to. A landmark production of Verdi’s opera and the Spanish version of Shakespeare’s tragedy is heavy on production value and talent. Try to catch both if you can.

And to end on another positive note, this month The City Paper completes eight years as Colombia’s original English-language newspaper. Enjoy this anniversary issue, and thank you, as always, for reading us! 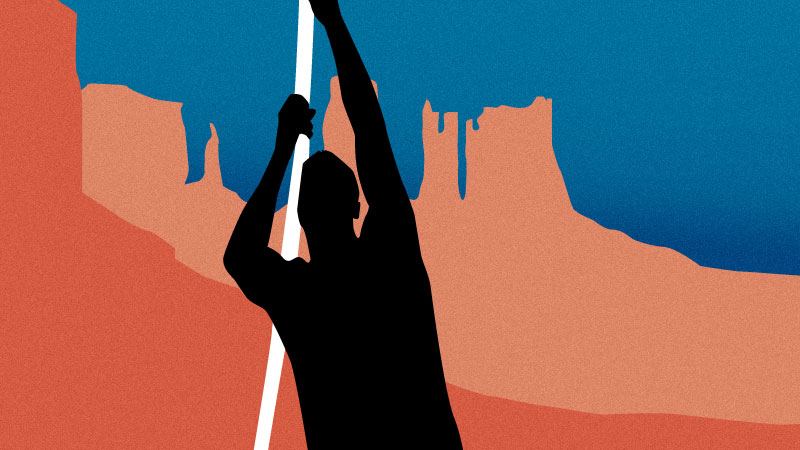