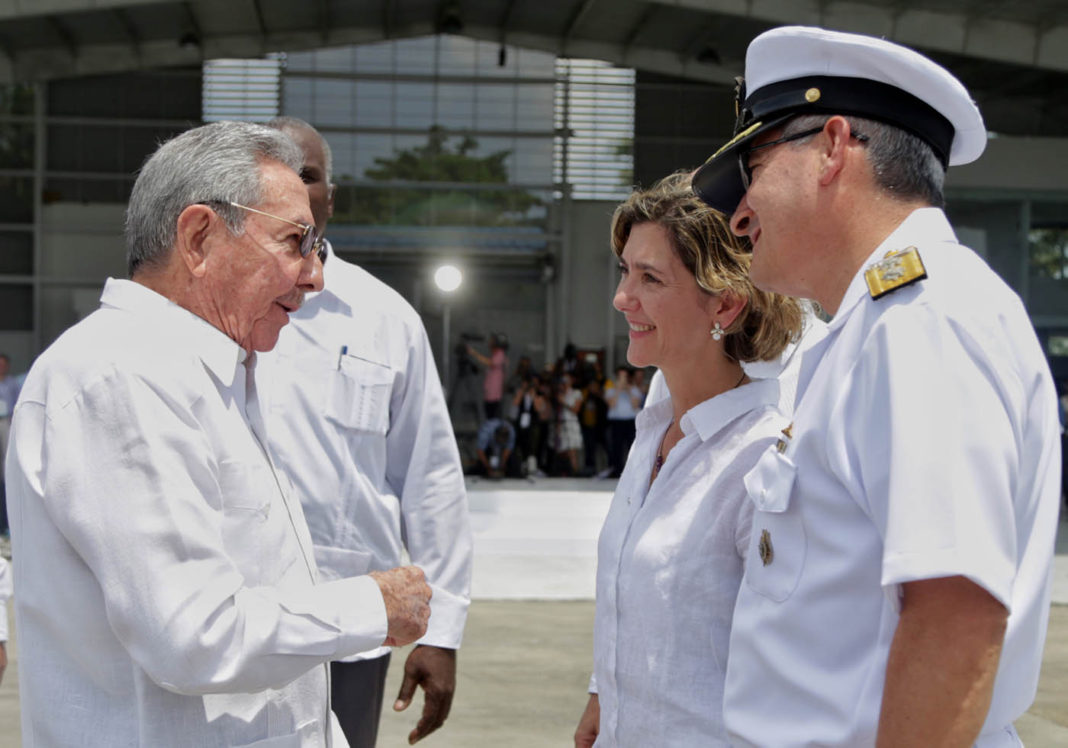 The representatives of nations who accompanied the Colombian government and the peace negotiating delegation of the Revolutionary Armed Forces of Colombia (FARC) guerrilla have begun arriving in the colonial port city of Cartagena, ahead of Monday’s historic peace signing.

At 11:10 a.m on Sunday, Cuba’s Raúl Castro landed at the Rafael Nuñez International Airport  and was received by Colombia’s Deputy Foreign Minister Patti Londono. Castro was accompanied by his Minister of Foreign Affairs, Bruno Rodríguez.

Cuba was one of the guarantor countries of the four-year long peace process with FARC.  Norway, the other guarantor nation, will be represented by Foreign Minister Børge Brende who also has arrived in Cartagena.


Also expected later on Sunday are the Chancellor of Sweden, Margot Wallstrom; the United States Secretary of State, John Kerry; and emeritus King of Spain, Juan Carlos de Borbon; and the Chairman of the Development Bank of Latin America, Luis Enrique García.