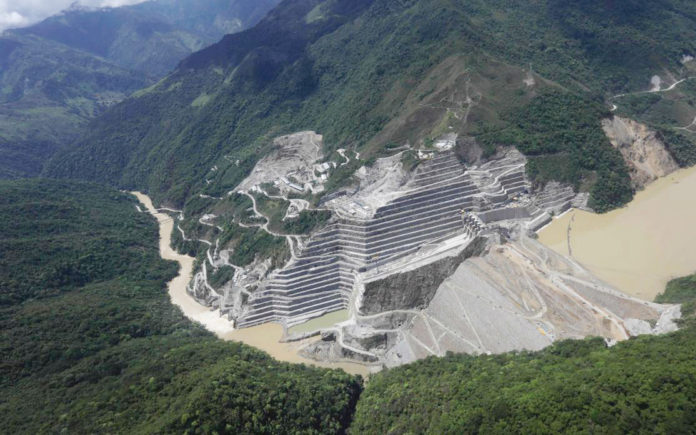 Five municipalities on the banks of the Cauca River face devastation as the country’s largest on-going infrastructure project, the HidroItuango dam, threatens to break.

After more than a month of engineering setbacks and heavy rainfall across western Colombia that caused the water levels of the Cauca river to rise, operators of the Ituango hydroelectric dam, located 170 kms northwest of Medellín, have been struggling to avert a major disaster that would cause widespread flooding and devastation to towns Puerto Valdivia, Cáceres, Tarazá, Caucasia and Nechi. According to the governor of Antioquia, Luis Pérez Gutiérrez, a rupture at HidroItuango would send a 25-meter high wall of water pummeling into the Bajo Cauca, affecting more than 115,000 people and leveling crops in an agriculturally rich region of Colombia.

The emergency situation of Ituango is so precarious that when an obstruction in one of the da’’s release tunnels forced already high water levels higher last month, a state of emergency was declared, forcing the evacuation of 13,000 people living within the dam’s area of influence.

The Colombian Red Cross arrived on scene after a state of emergency was declared to help communities reach high ground, yet despite all the risk management being employed across this mountainous region, the Ituango project has been impacted by mudslides that have complicated work to unblock the tunnel used to regulate the flow of water between the dam’s spillway and Cauca. “We are working jointly with all institutions on the worst-case scenario, which is the breaking of the dam, and which would provoke a huge flood in down-river municipalities,” remarked EPM’s chief executive Jorge Londoño during a press conference. “That’s a catastrophic scenario.”

The utility giant Empresas Publicas de Medellín (EPM) is the operator of the 2.4GW plant, and leading salvage operations to avoid a possible rupture. A break in the Ituango hydroelectric dam, however, poses no threat to the country’s electricity grid as power generation was set to begin in November 2019. With a projected building cost of USD $5 billion, HidroItuango has the capacity to generate 20% of Colombia’s total electricity supply.

Envisioned during the mid 1960s as an engineering marvel to rival some of the biggest dams in the world, groundbreaking began in 2010. Now, a year before its scheduled completion, HidroItuango is battling strained infrastructure, and located in mountains that threaten to come down if the in- tense seasonal rainfall doesn’t subside.

President Juan Manuel Santos has pledged to “spare no effort to protect the population,” displaced from their farms, and camped out in topographically fractured terrain, but despite words of encouragement, the HidroItuango emergency has, once again, cast a cloud over the precarious state of Colombia’s mega infrastructure.

On January 17, 2018, and just months before its completion, another mega engineering project, the 446-meter-long Chirajara suspension bridge snapped, crashing into a valley, and resulting in the deaths of 10 construction workers. The bridge collapse that forced the closure of the heavily transited Bogotá to Villavicencio highway has undermined the government’s Fourth Generation road modernization project, and raised the specter that corruption may have contributed to the construction company’s use of faulty materials.

In the final weeks before the first round of general elections on May 27, in which right-wing candidate Iván Duque and leftist Gustavo Petro won the majority of votes, the emergency situation at HidroItuango became the subject of presidential debates. For the candidate of Colombia Humana coalition, and former mayor of Bogotá, Gustavo Petro, the blame for the dam’s potential rupture lies with former president Álvaro Uribe and Sergio Fajardo, both former governors of Antioquia, and latter, the centrist candidate who came in third in the elections.

The former member of the M-19 guerrilla claims EPM flooded a valley where allegedly there are 700 bodies buried in mass graves, victims of the fighting during the late 1990s between paramilitary death squads of the United Self Defense Forces (AUC) and FARC guerrilla. Petro has referred to the HidroItuango project as “a powerful, and perverse alliance” of Antioquia’s corporate and political elites.

The leftist candidates’ accusations against EPM have been echoed even by his presidential rivals, including Fajardo’s vice-presidential running mate Claudia López.”The irresponsibility of EPM and Mayor of Medellín is infinite. It’s not their reputations that are at stake, but the lives of thousands of Colombians who already should have been evacuated from the Cauca River in Sucre, Bolívar and Antioquia, as well as the Magdalena River,” said López. The mayor of Colombia’s second largest city was accused by the current governor of Antioquia Luis Pérez, as concealing information from the public regarding the real di- mension of the devastation, should the dam rupture. “We have both received the same information and, from the first moment – when the obstruction of the tunnel happened a month ago – all the scenarios have been reviewed, even over the most serious that could happen,” remarked Gutiérrez.

For Iván Duque, the right-wing candidate of the Centro Democrático party and frontrunner to clinch the second round of elections on June 17, it is still too pre- mature to point blame at those responsible, expressing solidarity with the displaced and “emphasizing the enormous effort and dedication of EPM to mitigate a tragedy.”

Not since the devastating lava flow on November 13, 1985, from the eruption of the Nevado del Ruíz volcano that destroyed Armero, in the department of Tolima, and that resulted in the deaths of an estimated 22,000, has Colombia faced the possibility of a disaster that could lay waste a large area of Antioquia’s agricultural heartland, and key infrastructure that connects Medellín with the coast.

HidroItuango is already considered a man-made disaster, and accusations that failed infrastructure in the country is the result of “corrupt political machines,” could influence the final election outcome. But, no matter how accurate these accusations may be, around-the-clock efforts by 5,000 EPM employees continue to try to salvage the dam and return thousands of displaced from a mountain top to the safety of their homes. 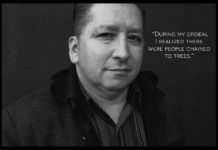