Eighty-eight. As of Thursday, that’s the number of countries to which Colombians can now travel without a visa. And it’s a more than 40 percent increase made possible by the stroke of a pen.

In a historic ceremony, President Juan Manuel Santos watched as representatives of Colombia and the European Union signed an accord Wednesday officially allowing Colombians visa-free short-term entry into all 26 nations in Europe’s Schengen zone.

“For all Colombians, this is an event of great importance. We are very thankful and very excited,” said President Juan Manuel Santos. “This is an important step to reclaiming our dignity.”

The agreement dramatically improves the ability of Colombians to travel worldwide.

But more than the immediate implications of easier travel in Europe, it is also a symbolic achievement for Colombia. The nation has strived to move beyond the decades-long armed conflict that has negatively affected its image abroad.

“This step will greatly improve human mobility between two parts of the world which are culturally and historically close to one another,” said Federica Mogherini, high representative for foreign affairs and security policy for the European Commission.

President Santos pointed out that the agreement will be significant for the substantial Colombian diaspora in Europe.

“Today, Colombia celebrates, because this is a step for thousands and thousands of Colombians who would like to visit their families in Europe and have not been able to,” said Santos.

Spain has the third-largest population of Colombian immigrants, behind the United States and Venezuela. It is the largest Colombian population outside of the Americas, according to Colombia’s National Statistical Administrative Department (DANE).

Colombia’s president also acknowledged the turmoil that has threatened free travel in Europe. Crises in the Middle East have pushed hundreds of thousands of refugees into Schengen zone nations in a matter of months.

Early reports suggested that at least one Syrian refugee had helped carry out the Nov. 13 attacks in Paris, which killed 130 people and wounded more than 360. So far, no conclusive evidence has been able to prove that connection.

Nonetheless, the deadly assault in France has increased anti-immigrant sentiments and led some politicians to question the safety of allowing free travel in the Schengen zone.

France’s President Francois Hollande closed the country’s borders immediately after the attacks and has since called for stricter border controls in the Schengen zone.

“Those who believe in Europe, its values, its principles and its freedoms must try to breath new life into the spirit behind Schengen,” said Juncker, while acknowledging that an end to Schengen would threaten the viability of the Euro currency and the European Union itself.

But that threat didn’t damper the enthusiasm in Colombia on Wednesday.

“Even in the middle of the problems facing Europe right now, they have taken this step, which is so important for us,” said President Santos. “It is an unmistakable sign of the good relationships that we have been able to develop and establish.”

Santos also thanked the European Union for its assistance in the peace process with the Revolutionary Armed Forces of Colombia (FARC), an armed guerrilla group. He said that the talks were on a good path, and asked that the European Union continue to provide its support in the post-conflict era.

The Schengen zone was created in 1985 and gets its name from the town of Schengen, Luxembourg where the accord was signed. Rules allow for residents of the 26 member countries to travel freely without a visa.

Most European Union nations are members, along with Switzerland, Iceland and Norway. The United Kingdom is not a participant.

Prior to Wednesday, Colombians traveling in Europe faced a complex visa process in which different Schengen countries had different requirements — and costs — for applying. The system was a substantial barrier to travel.

But those days are in the past.

With a smile, President Santos welcomed the signing.

“The positive factors that this step provides are innumerable,” he said. “It is a historic day.” 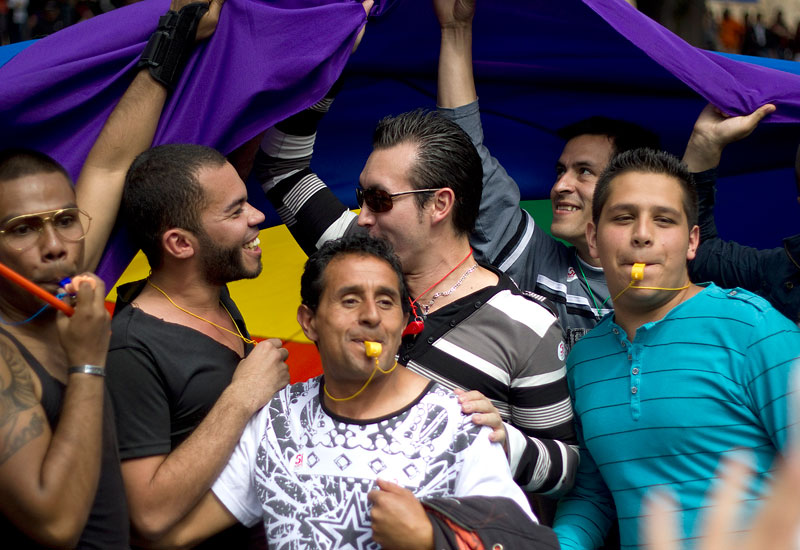