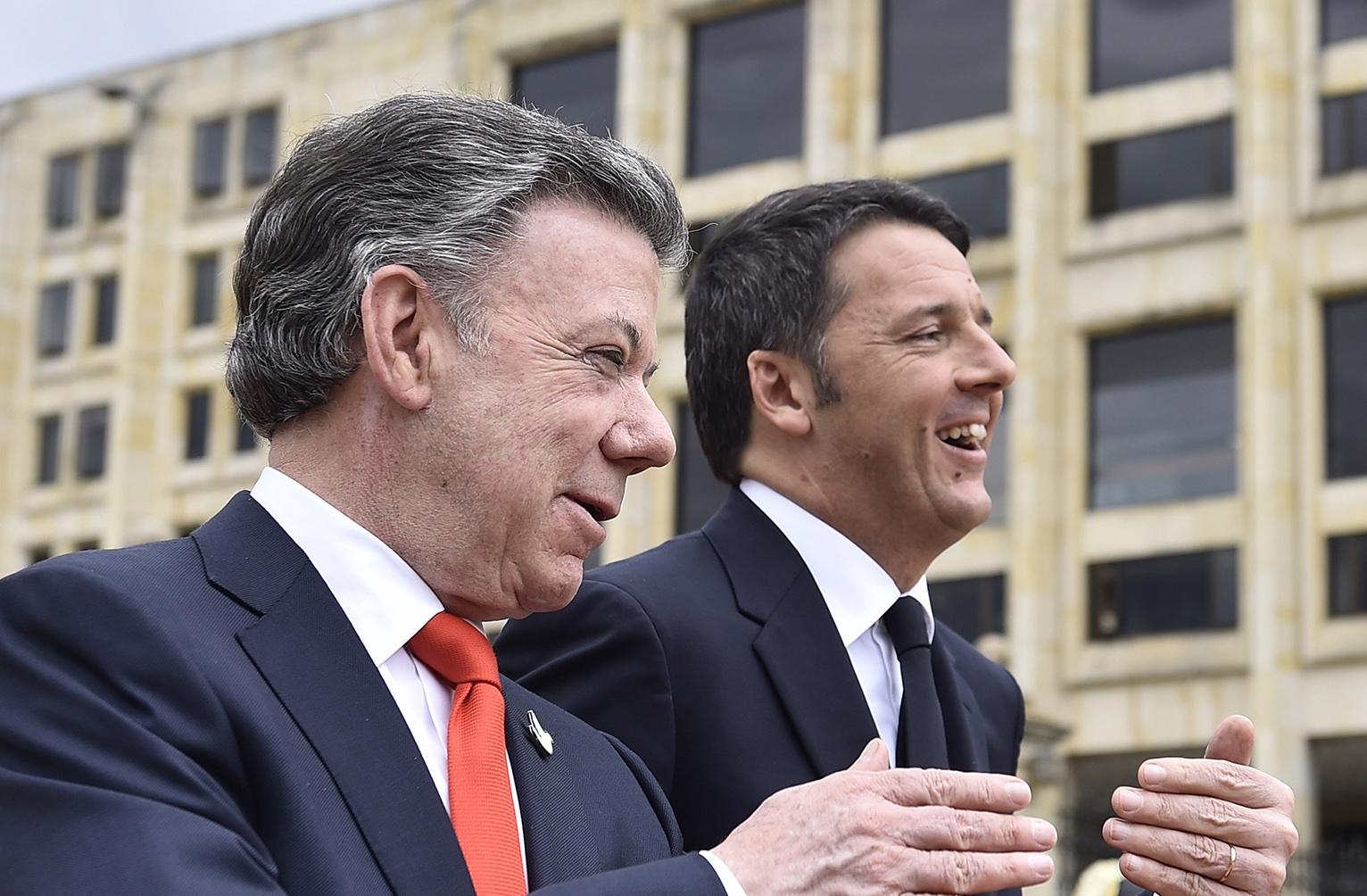 [dropcap]P[/dropcap]resident Juan Manuel Santos confirmed Tuesday during a meeting at the Nariño Palace with Italy’s Prime Minister, Matteo Renzi, that as of December 3rd, the definitive agreement to exempt Colombians from the Schengen visa requirement will be signed into effect.

On his way to Paris to attend the COP-21 Climate Summit, which starts November 30th, President Santos will make a stop in Brussels to sign the agreement on the Schengen visa with representatives from the member states of the European Union.

“December 3rd will be a reality,” remarked the president during a press conference, in which he thanked the Spanish government of Mariano Rajoy for the initiative to lift this “unfriendly visa.”

Spain’s Prime Minister, Rajoy, pushed through a motion earlier this year to lift the Schengen visa and lobbied EU parliamentarians to have it eliminated by the end of 2015. One of the requirements Colombia needed to meet for the elimination of the Schengen visa this year was incorporating biometric readings in new passports.

The lifting of the Schengen visa also benefits Peruvians who join Colombians as the only citizens in South America needing to fulfill cumbersome paperwork in order to travel freely within the 22 nations of the 28 EU states.

The president of the Colombian Association of Travel and Tourism (ANATO) Paula Cortéz welcomed the exemption stating it was good news for the tourism sector, yet recommended travelers still formally apply for a visa until the measure becomes effective, so as to avoid mishaps on trips in upcoming months.

“We encourage those who are traveling to Schengen countries to continue to go through the process until this agreement is signed and the exemption formalized.”

The lifting of Schengen will boost passenger traffic between Europe and Colombia and flagship carriers such as Avianca, Air France and Iberia, have begun to introduce promotional fares.

Spain, France, Germany and Italy, are among the favorite destinations for Colombians. According to Cortéz, travel to Europe could increase by 15% to 20%.

The United Kingdom, however, still maintains a visa policy for Colombians.

Not included in this exemption of the Schengen treaty are four nonmember EU states: Switzerland, Norway, Iceland and Liechtenstein.

Without the visa, Colombians and Peruvians as of Dec 3rd will be able to enter Europe for up to 90 days for business and leisure.