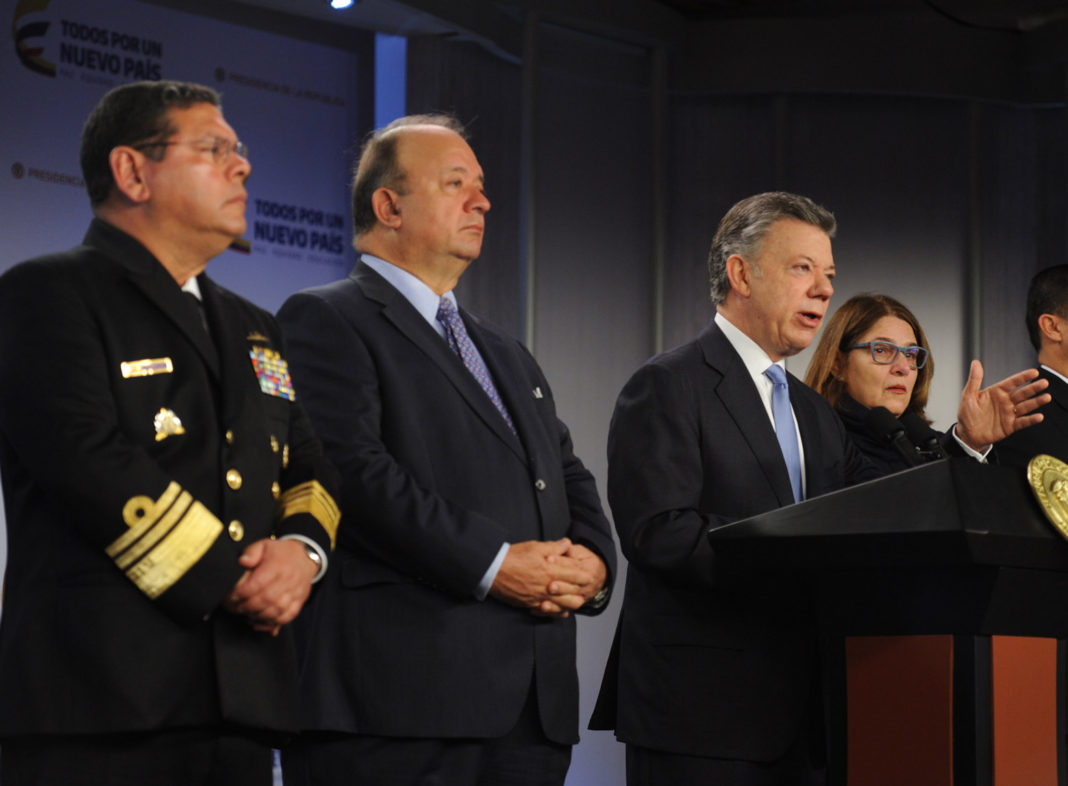 Getting the gold from the San José galleon appears to have hit rock bottom after President Santos announced Monday that the government is suspending the salvage operation of the legendary ship.

Just 15 days before leaving office, Santos, in a televised address to the nation, remarked that “out of respect for the judiciary and protecting the legal security of all parties involved,” the contractual agreements forged between the government and private contractors had to be suspended after a motion was filed by “concerned citizens” regarding the so-called Public-Private Partnership (APP).

Under the terms of the APP, Colombia would share in equal parts the cost and revenue of a treasure estimated to be worth up to US$17 billion. A court must now rule on the whether the government has the authority to negotiate the terms of the salvage operation and allow companies to bid for the excavation of the “Holy Grail of shipwrecks.”

“We have put cultural and scientific interests before any other motivation,” said Santos, accompanied by the Ministers of Culture and Defense and Vice Admiral Mario Germán Rodríguez. “Today, we hand-over an archaeological site without any intervention, enriched, instead, by our knowledge, and with a complete business model that includes all the necessary economic resources.”

President Santos went on to assure Colombians that the bounty is “complete, has not been looted, and nobody, by any means, has had access to it.”

The discovery of the San José galleon was announced on December 4, 2015, after oceanographers from Woods Hole Oceanographic Institution (WHO) in Massachusetts, confirmed the existence of a giant hull, 800-meters deep, and approximately 12 kilometers north of Colombia’s Barú Peninsula.

The exact location of the galleon remains, however, a state secret.

The three-masted Spanish galleon sank during a naval battle in 1708, laden with gold and riches from the New World. The San José was ambushed by the British fleet as it sailed from the port of Cartagena.

Six-hundred Spanish sailors were killed during the attack.

Colombia’s Ministry of Culture, Navy, Institute of Anthropology and History (ICANH), Maritime Directorate and Commission of Shipwrecked Antiquities have participated during the last three years in identifying specific details of the San José, and a Remus 6000 submersible managed to capture 8,000 high-resolution images of galleon’s elaborate cannons, as well as preserved vases, pottery and ceramics strewn on the ocean floor.

As of Monday’s announcement, it appears that the treasure of the San José will not be seeing the light of day anytime soon, and future excavation of the shipwreck hangs on a court ruling in the new government of Iván Duque.