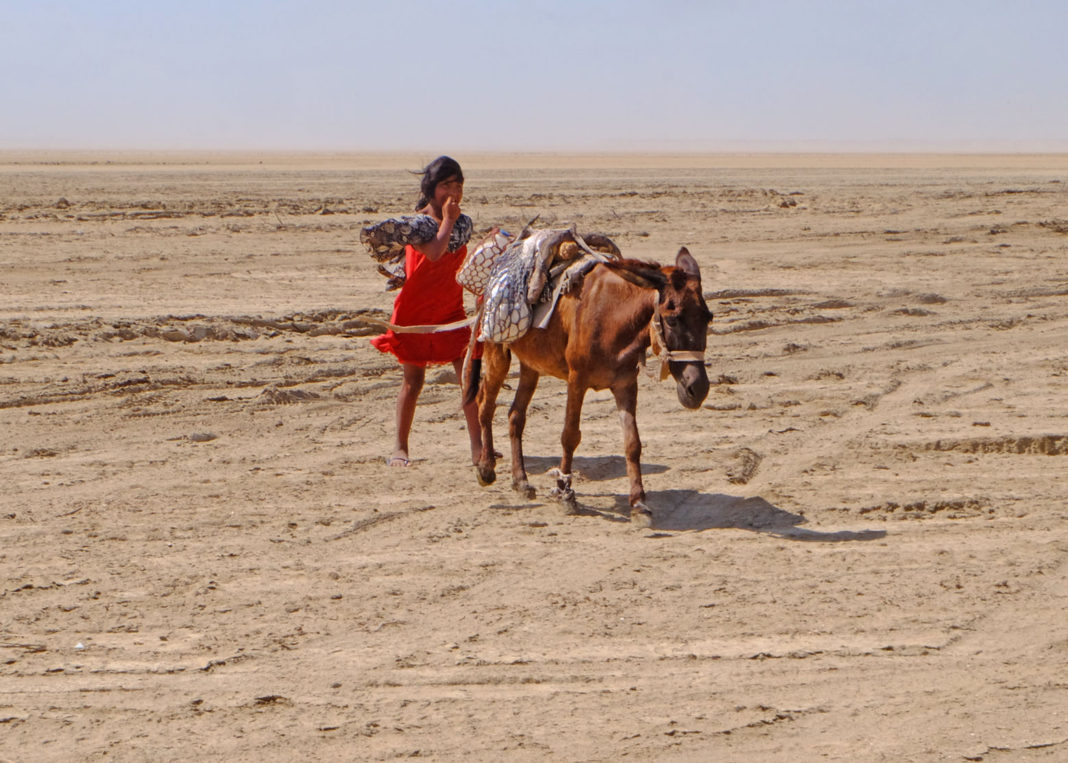 Colombia is, like so much of the world, at a crossroads. We have an estimated 12 years, according to the latest climate science, to put the world on a safer path to avoid a ‘1.5-degree’ rise in global temperatures. A 1.5-degree rise itself poses considerable risks to the planet as we know it. But there is consensus that it would provide humanity and the natural world with the best possible chance of navigating the 21st Century in ways which reduce the likelihood of a ‘run-away climate’, characterized by an ever greater incidence of floods, droughts and events such as the dieback of the Amazon rainforest or the melting of the Arctic permafrost.

Colombia is one of the world’s most vulnerable countries to climate change – witness the devastation caused by recent floods, as well as the setbacks to Colombia’s coffee farmers brought about by changing temperatures and precipitation patterns. Some of Colombia’s most marginalized communities – such as those living in informal settlements in Cartagena – are deeply threatened by climate variability.

But, it is also a country which makes a significant contribution to global climate change. The coal Colombia exports – to the UK, Germany and elsewhere – is the most polluting of fossil fuels. The high rates of deforestation in the Colombian Amazon (7% of the Amazon biome, and some of its most ecologically and culturally important areas) as well as in the Biogeographical Chocó are of global significance, given the vital role the world’s remaining tropical rainforests play in stabilizing the climate. Air pollution (as well as the Mayor’s tree felling policies) in Bogotá and other major cities have a negative impact on people’s health, as well as on the climate.

The majority of Colombia’s greenhouse gas emissions are attributable to deforestation and land use change. The single biggest contribution the country could, therefore, make to the global climate cause would be to cease this deforestation and change the way the country manages its land. A wide range of Colombian institutions and experts – spanning the national gov- ernment, private sector, civil society, and academia – have over the past year contributed to a ‘Roadmap for a New Food and Land Use Economy,’ which aims to achieve just that. The Roadmap is closely aligned with President Duque’s draft National Development Plan and has also been received favorably by his government’s Ministries of Agriculture, Environment, Health, Education, and Planning.

A central focus of the Roadmap is how to achieve improved governance in Colombia’s rural areas: it outlines a series of measures which could ensure that local institutions, communities and individual actors manage the land more sustainably. Part of this challenge is to strengthen and speed up the process of land titling and ensuring that accurate information is uploaded in a timely fashion to the country’s land use cadastre. A committed cross-government effort to improve monitoring, enforcement and land titling in far-flung areas of Colombia characterized by past and present conflict would be an essential prerequisite for a new food and land use economy. Otherwise, the ‘free-for-all’ and land speculation driven by livestock and coca which currently afflicts many of Colombia’s rural areas is likely to continue.

The Roadmap also sets out measures by which to increase agricultural productivity sustainably, for example by training farmers in new technologies, reducing the excessive use of fertilizers and pesticides, and boosting yields. New research and development in best practice agriculture could improve farmers’ livelihoods while reducing pressure on natural forests and other valuable ecosystems. Better agricultural productivity, coupled with techniques to reduce food loss and waste (approximately a third of the food Colombia produces is lost between farm and fork), would go a long way to meeting Colombia’s food security needs without causing further environmental degradation. Ultimately, what we seek is a new wave of ‘rural revitalization’ in areas of the countryside where many young people no longer wish to work; coupled with better, more direct links to markets of conscientious consumers in the cities for the better and healthier crops these farmers grow.

The diet Colombians eat is also susceptible to change: an astonishing half of the Colombian people are now classified as obese, while rates of diabetes, malnutrition and stunting remain high. Many Colombians (like many people around the world) would do well to eat less meat and consume fewer fizzy drinks; just as they would benefit from consuming more fresh fruit and vegetables (which should be straightforward, given how blessed the country is in its variety and abundance of fruits and vegetables). Here, canny and innovative public awareness campaigns will be required, along with a concerted effort to encourage good practice in schools around the country (Bogotá has been a pioneer in this area in recent years.)

In summary, there is little time to lose, and a wealth of good ideas in the draft National Development Plan and the Roadmap. What is required above all is political will – from the President down – coupled with innovation and commitment from all with a position of responsibility in society. Colombia could be a leader in the region and the world in delivering a food and land use economy – and to do so would be to give the world a strong sense of hope that we might, collectively, take the right path at the crossroads before us.

About the author: Edward Davey was a frequent contributor to The City Paper from 2008 – 2011 when he lived in Bogotá and worked for the Colombian Presidency on environmental affairs; today, he works for the World Resources Institute and Food and Land Use Coalition. 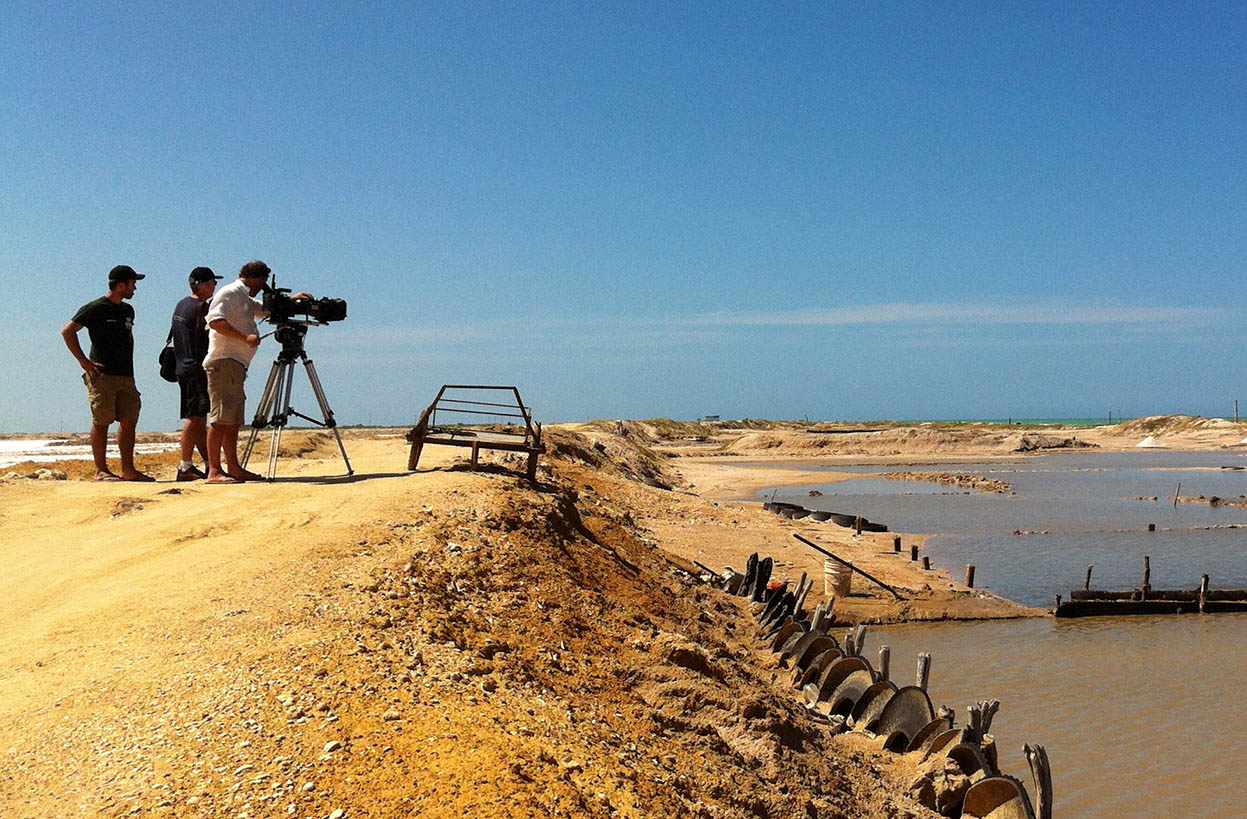 More Colombia on the silver screen