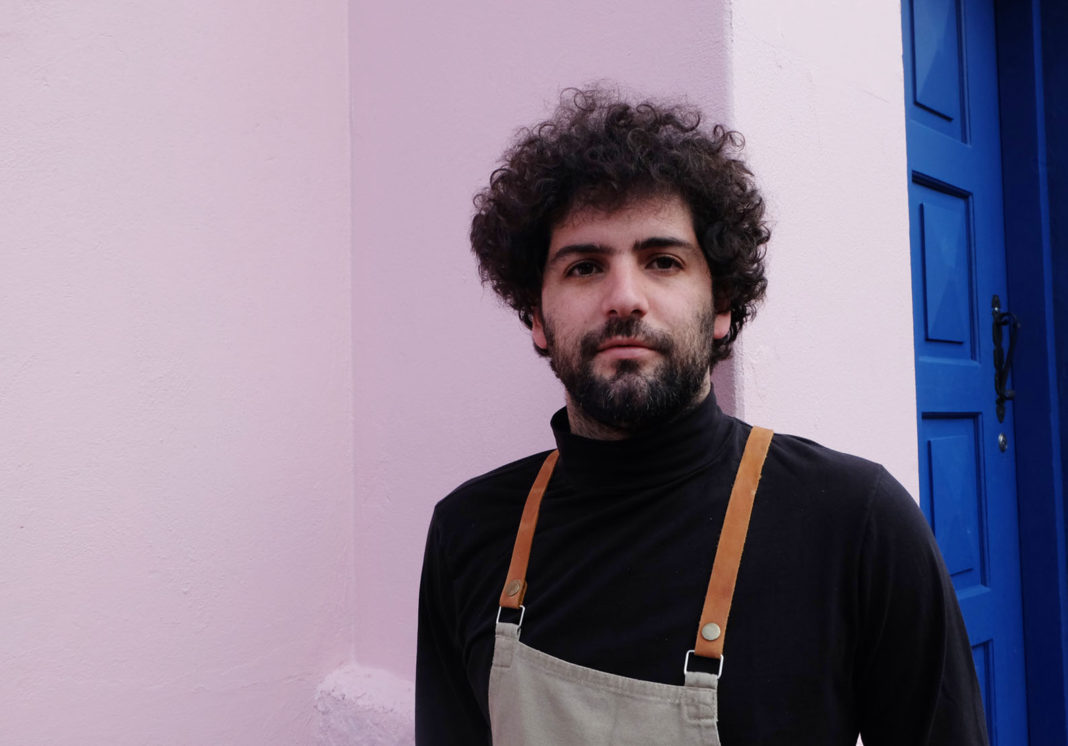 Nicolás López is a chef by profession and by conviction, the type that lives by principles, rebukes rude customers and puts his soul into every dish he creates at Vegano Arrepentido or Repented Vegan, the second restaurant he recently opened in Chapinero.

Nicolás is a partner at Villanos en Bermudas (Villains in Bermudas), which featured at number 15 in the 2018 Latin America’s 50 Best Restaurant List, and is located steps away from his new venture.

The culinary duo was widely highlighted in the media, including in The New York Times. Now, however, Nicolás is going it alone without business partner Sergio Meza, who has left Colombia in pursuit of new culinary adventures.

“We became some sort of myth. No one knows how, because no one really knows who we are, what we are made of and how we think,” explains Nicolás.

He attributes their success to “brutal honesty and a commitment to do what we truly want, and to do it well and differently in all ways possible.” He also assures, “there is a bit of Villanos in Vegano, as it is informal, yet more affordable and serves high-quality food.”

Eager to experiment with food combinations and no stranger to social media attention, Nicolás believes there are two types of chefs in the world: those who like to appear on TV and those he calls cooks, committed to the kitchen and the social responsibility it brings with it.

As one of the latter, Nicolás offers at Vegano Arrepentido a culinary journey through a short weekly menu, giving people a chance to explore and enjoy high-end cuisine in an unpretentious setting.

“I don’t like to be a slave to menus,” he explains while sitting at a plywood table, on orange plastic cushiony seats, once popular in neighborhood bakeries in Bogotá and taverns in Salta, Argentina, his home town.

“I would eat at least three times a week at my grandmother’s house, there were no menus, no questions asked about what was for dinner, you ate what you were served, and that is what I want people to experience here,” he said.

Among pots of hanging ferns and surrounded by white and blue striped walls, Salad Number One – or is it Number Two, arrives. It does not matter to Nicolás. He uses local seasonal food as a compass for his creativity.

Using techniques learned in kitchens such as ISA in New York alongside Uruguayan chef Ignácio Mattos, he looks to combine the not so obvious to surprise customers, and even make them chuckle, as humor is also present at Vegano Arrepentido.

The salad ($23,000) consists of a base of mascarpone cheese covered with sesame seeds and topped with strawberries and Japanese shiso leaves. I immediately think of the obligatory trip with visiting guests to the town of Sopó, in the savannah of Bogotá, to eat strawberries and whipped cream for dessert, after enjoying a country meal.

The savory salad with the Lombardian style cheese made on the premises, as are all other ingredients, sets the tone for the evening in which attention to detail goes a long way. The options on the menu might seem too common to call special, but in Nicolás’ hands they become an awesome interpretation of everyday staples.

Take the cheese empanadas ($11,000), for example. The shell was puffy and crispy. The filling was prepared with caramelized onions and local Dutch-style cheese. Within two or three bites, the empanada was gone, raising our expectations even higher as we wait for the next dish to arrive.

The majority of portions are small, which gives people the chance to try many if shared. There is creativity as well as technique in his cuisine, which leaves me asking: I wonder what that tartar/hollandaise sauce/fries are like.

The lamb tartar ($26,500) was served under a bed of criolla sautéed potatoes and a hollandaise foam. The meat was delicate, infused with smoked oil and sea salt from the coast. The pepperish sauce complemented each bite without taking away the characteristic flavor of the meat. A real treat for those who enjoy lamb.

Combining techniques and cuisines of the world, the Asian chicken wings ($25,000) arrive at the table. Sous vide and fried, the meat of the three wings is tender and savory. The sauce is a perfect combination of sweet and sour. Garnished with pickles, chives and kimchi powder, it is an interesting option for those on the lookout for the most familiar.

The (half) Ricotta and Prawn Tart ($25,500) is served under a radicchio and other red leaf salad. The shell is savory enough to give that extra kick to the filling, which leaves me wondering, what happened to the other half of my tart? I want it.

While we try Vegano Arrepentido’s fare, Nicolás repeats that team work is essential to the business, and notes that “working in a kitchen with people from all over the world is a life-changing experience.”

“The restaurant has to function regardless if I’m here or not,” he warns, before confessing Vegano Arrepentido just might be his last project in Bogotá. “I’m bored,” he admits, and he, like Sergio, is in search of new culinary experiences.

“I will leave happier than ever because we were able to achieve something interesting out of nothing,” he says while the waiter brings desserts. The custard filled with caramel ($14,000), explodes with sweetness in the mouth.

“Is it Argentinian dulce de leche or Colombian arequipe?” I ask. “Well both, I guess, it’s a question of pure and excessive nationalism, and I’m not into that”, he responds.

The restaurant also offers pizza cooked in a kiln at the hands of Sicilian Giuseppe Manuele Scalia, as well as roasted chicken served whole or halved. 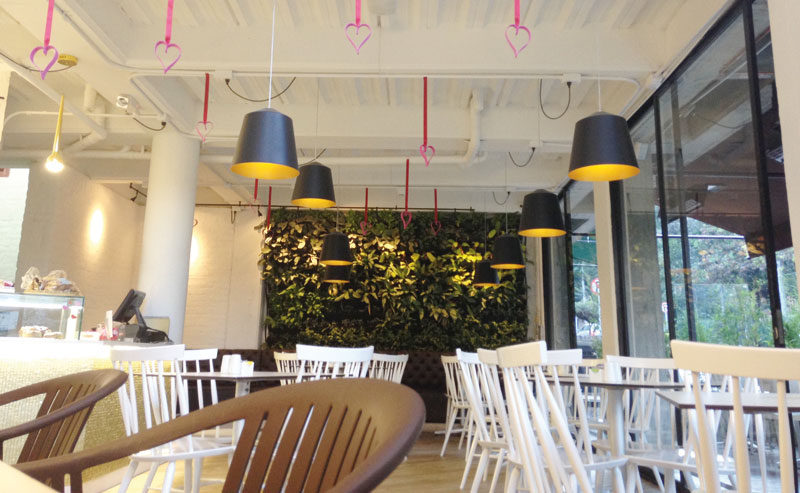