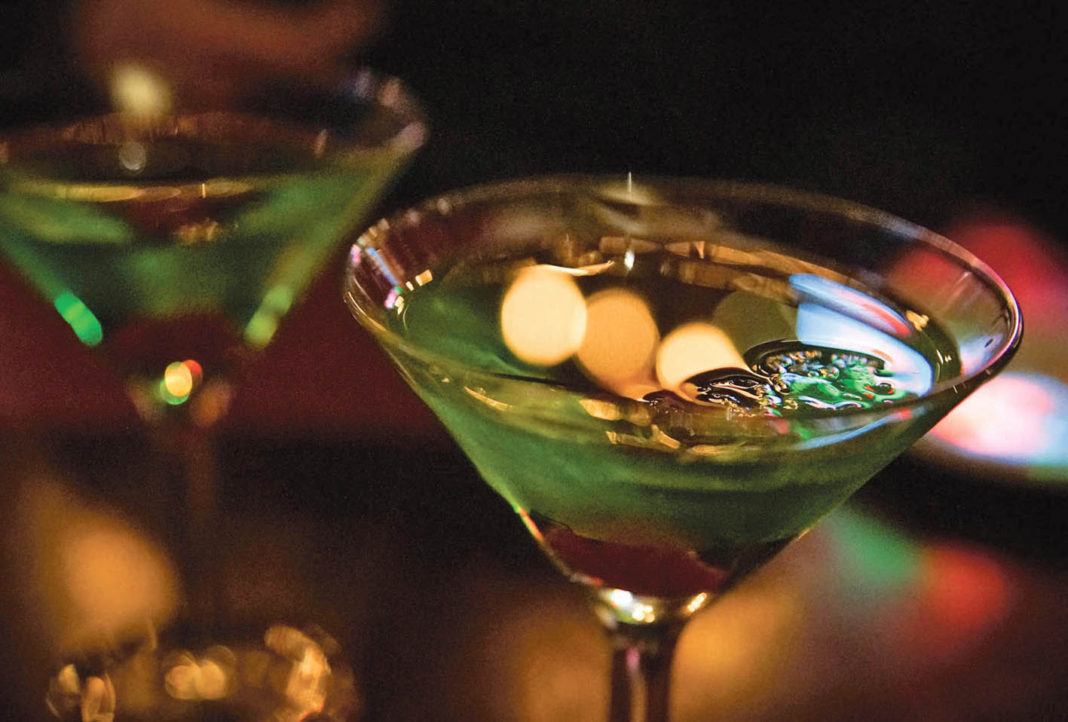 From Bogotá to London, the White House to Paisley Park, 2016 has been a shocking, perplexing, tragic year. Donald Trump was elected into the most powerful of all offices. Colombia limped across the finish line toward peace. The United Kingdom chose to leave the European Union. Prince is dead.

The last 12 months have been … well … something. As December ends, most just want it to be over. Many only want to hug their loved ones over the holidays. Others simply need a drink — or five.

For the latter, Bogotá offers top-notch options. While better known for places to dance and rumba, at times like this, you just need a good chair and a stiff drink. So after nine nights of novenas, try the following places to help you forget 2016.

Living in Bogotá, “extranjeros” from the United States can struggle to find the classic taverns that live on every corner in New York and Boston. Popular establishments like BBC meet the aesthetics requirement, but a sit-at-the-bar culture is still not the norm. Locals prefer their own cliques at their own tables, so when the Ugly American opened its doors near the Zona T, with signature cocktails that include a gin fizz and mint julep, it was the ideal spot to transport many patrons right back home. A carefully crafted menu by chef Daniel Kaplan includes American classics such as chicken and waffles, Angus beef burgers, and pork belly-stuffed buns.

B&L Piano Pub, a small haunt on the outskirts of Zona G, offers live jazz from Thursday through Saturday. Music is the draw but it’s nearly matched by a solid, if inconsistently stocked, selection of Scotch and other hard-to-find whiskys. The interior is old and tiny, which enhances an ambiance of well-played horns, drums, and guitars — but also means space can be limited. A local noise ordinance also means they close early (around midnight or earlier). So show up early, get a good seat, and pretend “the Donald” doesn’t exist.

Just 50 meters north of Piano Pub sits Gordo, a Brooklyn-inspired restobar with a large bar often full of choice seats as others prefer the tables. Take advantage of their loss and pull up a stool to shoot the breeze with bartenders and sample choice cocktails. Traditionalists will enjoy the Old Fashioned — poured over a giant ice cube — while other signature cocktails add Colombian flavor to classics.

If you consider yourself somewhat of a gin specialist, then Upper Side 81st Street is one of Bogotá’s best restaurants with a bar stocked with dozens of varieties — plus incredible cocktails, served in great goblets garnished with cinnamon, rose petals, cucumber, or lime. It’s not easy to find an empty chair at the wooden bar in this establishment, where the decór is lofty New York and a menu features classic international dishes. The Upper Side wait staff is also well-versed in helping you select the right gin with a particular brand of tonic. Besides the taste, these cocktails look fabulous and provide a foolproof Friday-night muscle relaxant. Try their “Barcelona to NY,” a twist of lemon, pepper corns, and Master Gin.

For good beer served in a no-frills establishment, head to La Statua Rota. This Chapinero pub is run by two entrepreneurial brothers and friend who is virtually family. They brew their own beer and proudly welcome guests to their home away from home — a place built for conversation, not staring at a television set. Artwork on the wall adds flavor, not that the beer needs help. Their offerings can vary month to month, but the darker brews are consistently good.

November rain, traffic, and congestion can make you forget how beautiful Bogotá really is. Nowhere offers a better chance to remember that fact than Apache, the rooftop bar atop the Click Clack Hotel near Parque 93. Tables and the small bar are encased in glass to guard against the weather while presenting a view that makes any drink taste better. Go at night to see the capital’s lights dance or stop by for a daytime cocktail with an unparalleled view. After enduring 2016, you’ve earned it.

If you weren’t around to live the Paris of the roaring 1920s with Hemingway and Simone de Beauvoir, this is the closest you can come. The Red Room in Quinta Camacho lives up to its name, with the titular velvet decor and furniture adorning a multistory venue that doesn’t seem to belong in Colombia — or this century. Order a top-end whisky, gin, or vodka cocktail then wander around. Old paintings within fully furnished rooms create an eerie and reflective backdrop to toss back some stiff drinks.

For Zona G upscale cocktails, Harry’s Bar does the job. The lounge area has a few couches and a fireplace beside a small, but nice bar that serves traditional cocktails at a reasonable price — given the pedigree. The place is owned by the same Harry of gourmet restaurant Harry Sasson fame, which means the style is a bit buttoned up. But for a couple or small group, the setting might be just what you want on a low-key night out.

This European restaurant has good food, but it’s even better as a spot to gather with friends for a evening on the town. Small plates of octopus or Camembert cheese are perfect to pair with the delightful cocktail concoctions. Combined with the chic atmosphere, it’s no surprise this is one of the most in-demand locations in the city. Reservations are strongly recommended at this Bogotá hot spot, although stealing an odd open seat at the bar can put you in the thick of the action on a busy night.

With its tourism and bohemian focus, finding something different can be tough in the capital’s historic Candelaria district. Look to Republika Restobar. This vintage restaurant in the bottom of the Continental Bluedoor hotel is unlike anything around, offering an ornate interior and full band playing on stage most nights. More underground speakeasy than Irish pub, this place will transport you back to time when 2016 was only for sci-fi books.