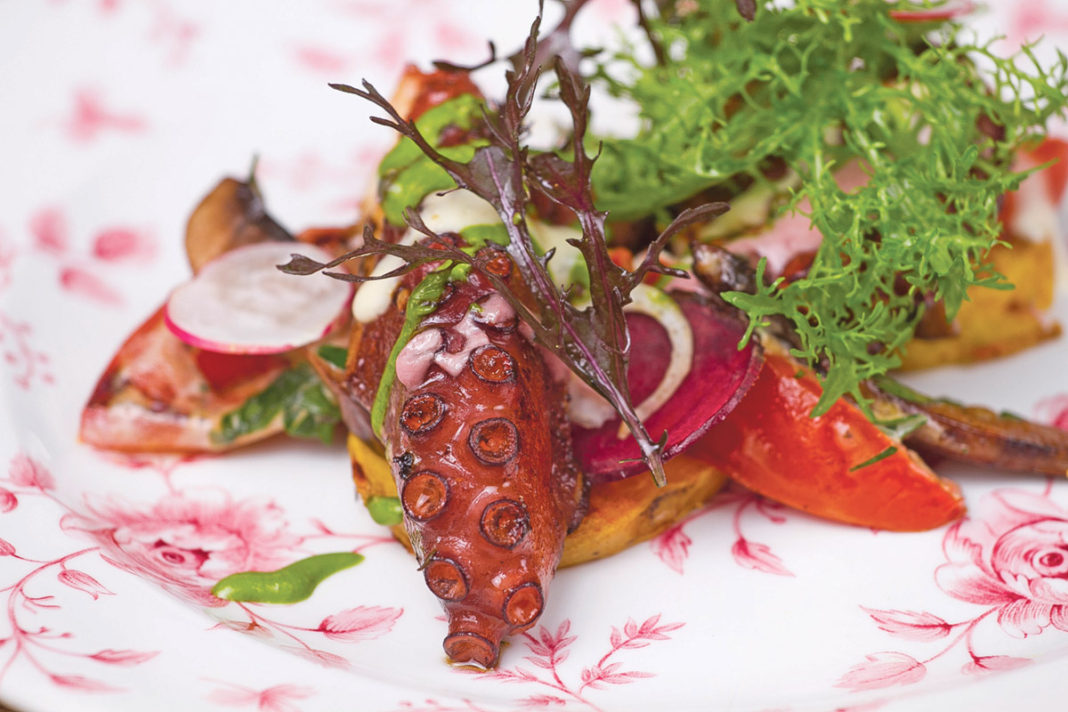 When the celebrated chef Rafael Osterling opened his relaxed Peruvian restaurant in a red brick mansion in the Quinta Camacho neighbourhood, it was his second food venture in a city with limited “mid range” options.

The original menu included mostly Mediterranean-inspired dishes accompanied by an affordable wine list. La Despensa de Rafael grew in reputation as one of the “must go to” places for casual dining in a graceful setting. An interior patio, the open kitchen and L-shaped courtyard always presented a challenge where to sit when visiting this renovated former home complete with a roaring fireplace.

After six years at the helm of La Despensa de Rafael, the executive chef decided it was time for change and recently took the decision to hand over his culinary baton to a group of successful restaurateurs. The result? A gastronomical renaissance of refined Peruvian food called La Despensa de Quinta Camacho.

Arriving for lunch during the restaurant’s second edition of its Festival Peruano, a set course starts with Tiger’s Milk. Traditionally, leche de tigre is an Andean amuse-bouche of roasted maize marinated in the juices of fish. The combination of flavours from earth and sea convince me to try a house specialty, pisco. Like tequila and champagne, Pisco has its official appellation and now that I am in Peruvian dining mode, no meal is complete without a glass of this ancient spirit. I order a Kiwi pisco while my companion seems more inspired by an Amazonian fruit concoction whose main ingredient is the wild passion fruit gulupa.

For the prix fixe of $80,000 pesos per person, La Despensa’s Peruvian Festival may seem pricey if your objective is to have a fast lunch, but the owners, with the success of last year’s edition, asked the dynamic Limeño chef, Ivan Castañeda, to tailor a menu that would give guests the finest they could ask for when it comes to Peruvian. And they pull it off. With my one and only pisco for a working day, I order a starter from the menu – the ceviche carretillero of cubed white fish seasoned with garlic, onion and yellow chilli. My partner asks for the causa escabechada – a potato puree topped with fresh shellfish, cilantro, a hint of lime resembling a Napoleon from an exclusive Parisian patisserie.

La Despensa de Quinta Camacho trimmed its menu to be more authentic to its South American roots. With fewer options, there is more attention to detail and combining flavors to create exceptional and generous dishes. Be sure to try the tiradito sechura with plantain and cream of smoked peppers ($24,000). And as Japan exerts such a major influence on Peruvian cuisine, their improved menu also includes pan-Asian porkrinds in a pineapple purée ($25,900).

The grilled octopus at La Despensa has been a lunchtime favorite ever since the restaurant first opened to the public in 2011, so it makes perfect sense to keep it on the menu for posterity. And while the new proprietors look to the New World for culinary inspiration, a spaghettini “La Depensa” with oven-fired beef tenderloin and prawns in pesto pays tribute to another country of legendary foods: Italy.

Changing culinary horizons can help a restaurant regain its confidence if managed correctly. By focusing not just on a menu, but on the overall attentiveness of the waiters, cooks and the maître who first greets you at the door, every step must count. After my first meal at La Despensa de Quinta Camacho, I now rest assured that with this new focus on the kitchen, the result will be most welcome for a city that was growing weary of Peruvian cuisine.