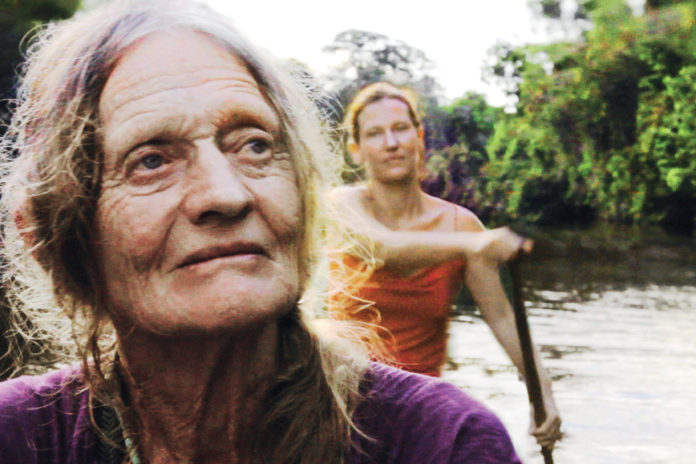 Clare Weiskopf and Nicolás van Hemelryck have produced an intimate bio film on the life of Valerie Meikle (b.1937), a well-educated English woman who turns up in Colombia in the early 1950s after falling in love on a road trip across Europe. But the promise of domestic happiness in Tolima turns sour after years of emotional abuse, and Valerie returns to England, leaving her adolescent daughters – Liliana and Carolina – in the care of her former husband, Alberto Guarnizo.

A chance meeting with an American in Cambridge, James Weiskopf, and father of the film’s director, Clare, opens up the definitive Colombian chapter in Valerie’s life story, that includes an epic river journey rowing 1,500 kms down the Putumayo River to reach Leticia in the Colombian Amazon.

Released for the 57th edition of the Cartagena International Film Festival, ‘Amazona’ is a story of personal loss and redemption narrated by Valerie’s youngest daughter, while enduring her first pregnancy.

After six year in the works and crowd funding venture by these talented, aspiring storytellers, Amazona is a story of “personal sacrifice,” says Clare, as her first feature debuts in theatres across Colombia, August 24th.

With few props and a natural narrative, the film is a heartbreaking account of the importance of memories, told without judgment, yet confronting “Val’s” decision to leave town and gown culture of England for Colombia, the estrangement of her eldest daughters, the death of Carolina during the Armero mudslide tragedy and ultimately what is means to “be a mother” living life without regrets and often at the expense of family unity.

As the film is in Spanish, a good comprehension of the language is needed.

To read the full article on the life of Valerie Meikle:

Valerie Meikle: The Lady of the Amazon