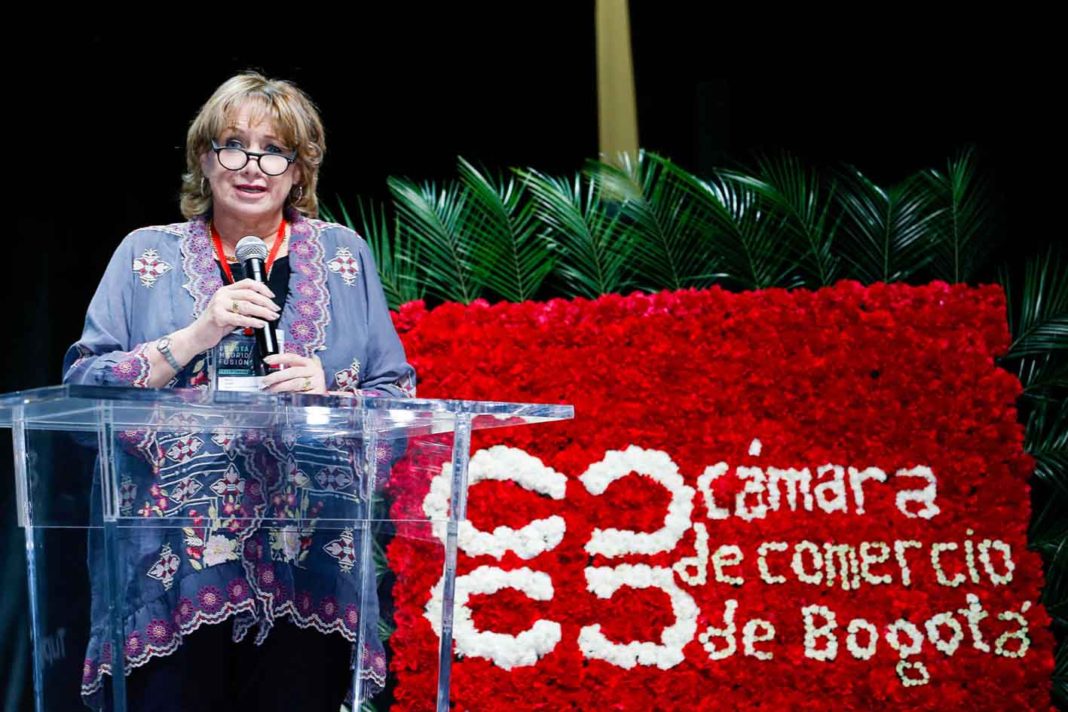 The President of the Bogotá Chamber of Commerce Mónica de Greiff is leaving her post in December. The business leader spoke with The City Paper of the city’s entrepreneurial spirit and opportunities for growth in creative clusters.

The City Paper (TCP): After six years at the helm of the Bogotá Chamber of Commerce, CCB, what is the state of affairs of the City-Region in terms of business growth, opportunities and sales?

These results are possible thanks to more than 500,000 companies that make up our business fabric and to more than 65,000 businesses created annually in our City-Region. While the national survival rate for companies during their fifth year of operations is 30%, in the Bogotá-Region it’s 38%. And, with support from the CCB business strengthening programs, this rate increases to 51%.

Bogotá is the second-largest city in Latin America after Sao Paulo to receive Direct Foreign Investment in the last decade with US$19.7 billion in DFI, representing 40% of the total foreign investment in Colombia.

Since 2016, we preside over the Technical Secretariat of the Regional Integration Committee that implements strategies and programs between Bogotá and the region’s municipalities. As partners of the Regional Competitiveness Commission, we have created 17 Cluster Initiatives, positioning the City-Region as having the best competitiveness agenda in Latin America.

TCP: What are the most important achievements of your administration?

MdG: Having contributed to the consolidation of the CCB’s 15-year commitment to support cultural and creative industries, as well as promoting the development of specialized portfolios for these sectors.

Bogotá concentrates 92% of the country’s creative services, which is why it is so important to support entrepreneurs, strengthen their business models, teach them new ways to monetize their activities, keep them updated on global market trends and promote business networking sessions.

We also expanded business cluster platforms from having ARTBO, BAM and BOmm to include Bogotá Fashion Week and Bogotá Madrid Fusión. We inaugurated Ágora Bogotá International Convention Center, a space to host large-scale events that have had a huge impact on the city’s economy. We’ve marketed Bogotá well, and brought world-class events, such as the Nobel Peace Prize World Summit and One Young World.

We have strengthened commercial ties with other countries by signing agreements of understanding and cooperation with the private sector that generate opportunities and transfer of know-how for our business community.

From our beginnings, the CCB has influenced public policy proving it is fundamental to the economic development of the country in areas such as security, mobility, competitiveness and quality of life. It has been an essential think-tank, and this is why we worked to create Ágora Bogotá Forum, an annual event, to discuss strategic urban issues to continue influencing public policy.

TCP: Do you think the Bogotá-Region can absorb the new businesses that the Orange Economy seeks to generate?

MdG: The Orange Economy has an important dynamic given its services and growth. During one decade, 50,000 creative services companies have been established, of which 54% will operate five years from now, which illustrates a favorable business ecosystem.

The CCB has been fundamental in this success story. We’ve promoted this industry for the last 15 years by accompanying entrepreneurs so they can earn a living from their talent, become sustainable and contribute more value to our society.

TCP: What results has Ágora achieved during your administration, and how does it benefit Bogotá?

MdG: In January 2017, we inaugurated Ágora Bogotá, International Convention Center, with an investment of US$120 million. Today, Ágora is listed as one of the most modern convention centers in Latin America, and has hosted renowned international events. Last July, Ágora was named Best Convention and Meeting Center in South America by World Travel Awards. We project that in its fourth year of operations, Ágora will contribute 1% to the city’s GDP.

Bogotá has positioned itself as the best city in Colombia to host fairs, conventions and incentive trips. The city ranks sixth in Latin America as a result of the number of events of international stature it attends, according to the ranking of the International Association of Congresses and Conventions (ICCA). Also, it is the only Latin American member of the Global Best Cities Network, which gathers the 12 best cities in the world for holding international stature events.

TCP: How do you see the future of the business sector in Bogotá–Region at a time of low GDP growth?

MdG: In 2018 the Colombian GDP doubled with respect to other Latin America nations, and in 2019, based on projections, this trend will persist. This leads us to believe that the Colombian economy, will continue to be attractive to foreign investors.

However, we are aware that we must face challenges such as business formalization, productivity and innovation to achieve higher growth. Therefore, the CCB supports more than 40,000 companies a year so that they can grow, lower their informality rates, become more productive and innovative.

For instance, in December, the city will inaugurate INNOVALAB, the center of innovation and business design of the CCB, which, together with the CEmprende strategy of the National Government, supports entrepreneurs and businesses to innovate, develop new projects and diversify portfolios.

TCP: How do you see future employability and business creation in Bogotá-Region with the informal employment rate so high?

We have focused, along with the national government, in business creation and growth. If we help companies improve their levels of innovation and productivity, as well as contribute to a healthy business environment, we will improve the working conditions of thousands of informal workers.

Mónica de Greiff was named this month one of the Best Leaders of Colombia 2019 by Semana magazine “for promoting the productivity of companies and cultural and creative industries.” The award recognizes leadership and contribution to the development of the country.