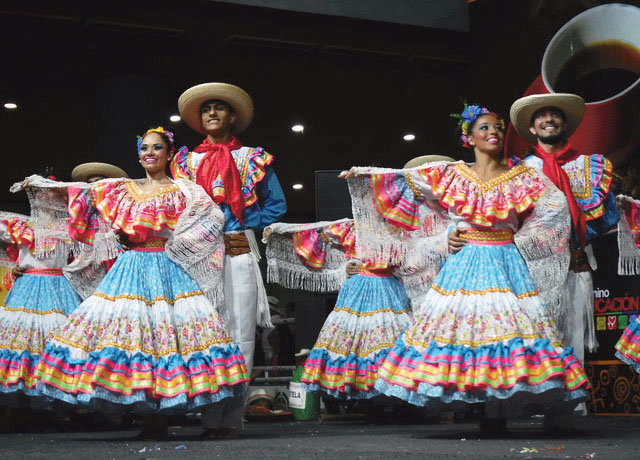 Separated from Bogotá by 300 kilometers – or eight hours by road – Neiva tops the tourism calendar one weekend every year, when the country descends on this city of 400,000 inhabitants to participate in the Bambuco dance and folk music festival. But for the remaining long weekends and national holidays, the departmental capital of Huila receives a trickle of outsiders, mainly travelers in search of budget accommodation after stargazing in the Tatacoa desert, or exploring the tombs of San Agustín archaeological park.

Held on the feast day of Saint Peter and Paul (June 29), the Bambuco festival has been celebrated in Huila since 1960, and was created to celebrate the traditional dance of the region: Sanjuanero. The festival, of course, is an ideal time to visit this southern department, as you’ll be swept up in the excitement of a beauty pageant and by the chance to make new friends over shots of aguardiente. But the land of Opita (colloquial name for the people of Huila) should be known for more than revolving dresses and chance to cheer on Reinas in slowly-moving decorated floats, because from the moment the sign “Bienvenidos a Huila” appears on the highway, the countryside looks that much greener, thanks to thousands of hectares of rice growing next to the highway.

The recent history of Huila is divided into “before” and “after” the Betania reservoir. During six years, 700-hectares were flooded for the construction of a hydroelectric plant that would provide electricity to the southwest of the country. The Magdalena and Yaguará rivers were rerouted to fill a shallow valley, and ever since its floodgates and turbines were inaugurated in 1987, Betania has continuously generated 4% of the nation’s energy.

For Rafael Ramírez Gonzales, mayor of Yaguará, the region felt the negative effects of mega infrastructure when 5,000 hectares of previously cultivable land were flooded, forcing farmers to abandon their primary source of income to become fishermen. The arrival of industrial farmed fishing of mojarra didn’t improve livelihoods either, as “the money doesn’t stay in the region,” claims the mayor.

One positive side of the reservoir’s construction was the growth of ecological and aquatic tourism. With few hotels operating in this remote region, most visitors prefer to stay on a farm or rent out a room in a guesthouse. As short-term options are affordable, many tourists opt to stay in small towns near Betania rather than spend on the impersonal chain hotels of the capital. With mountain trails and recreational fishing on offer, Yaguará is also known for two locally made delicacies: achiras and quesillo.

Belén and Gregorio Gonzáles have been in the dairy business ever since growing up on the family farm more than five decades ago. With a half century of experience making quesillo, a soft and salty cheese wrapped in plantain leaves, Belén’s artisan technique guarantees a reliable clientele, even though this milk-based product is widely available in nearby super-markets. “I sell everything I make, and couldn’t make more than I already do,” claims Doña Belén. What does worry her, is who will inherit the family’s century’s old cheese making recipe. With a daughter working as an accountant in Bogotá and a son in the oil business “maybe someday, one of them will warm up to quesillo making,” remarks Belén.

Achiras are bite size crackers made from cheese curd and flour milled from the Achira root. Harvested by the Incas of Peru, the Canna Edulis grows as a flower across the Andes, and the taste of an authentic achira varies depending on the region and the climate. Even though you can find a similar snack on the coast, Yaguará is one of this country’s most important producers of achira, and some families claim to have recipes dating back centuries.

Feliza Tovar has been churning out achiras for most of her life, and runs a successful small business in the town based entirely on a recipe her mother mastered after “trying more than a thousand times,” she claims. Thanks to this coarse biscuit, the entrepreneur pays for her daughter’s university tuition in Bogotá, and harbors a hope that her business will get handed down to another generation, despite the reality that youngsters are leaving these small towns to become professionals in the country’s rapidly expanding big cities.

In southeast Huila, on the border with the department of Caquetá, is a region known as Suazo and home to the Iraca palm. Since the early 19th century, the inhabitants of this area have been weaving Iraca into beautiful hats and a laborious process that involves drying and dyeing natural fibers. Blanca Lucia Calderón can’t recall how many years she has been dyeing hats, but as a young girl she would accompany her parents while they wove wild iraca. Today, their hats are considered some of the finest in the world and have their own Designation of Origin certificate and can range in price from US$50 to US$1,000 depending on the intricate craftsmanship.

Declared a UNESCO World Heritage site in 1995, the San Agustín Archaeological Park is one of the most important tourism attractions in Colombia dating back more than 3,000 years, to when this area was settled by a hierarchical society that connected the earthly realm with the spiritual through complex burial ceremonies, represented in stone megalithic structures. With the remains of an ancient civilization ever visible, many Huilenses have become sculptors in their own right, creating miniature replicas of the mysterious monoliths strewn across the rugged landscape.

Much of Huila has yet to be mentioned in guidebooks. For the traveler, San Agustín is the star attraction. But don’t underestimate the celestial bodies of a night sky in the Tatacoa or learning the steps of the Sanjuanero, for this department, has yet to reveal all its secrets.