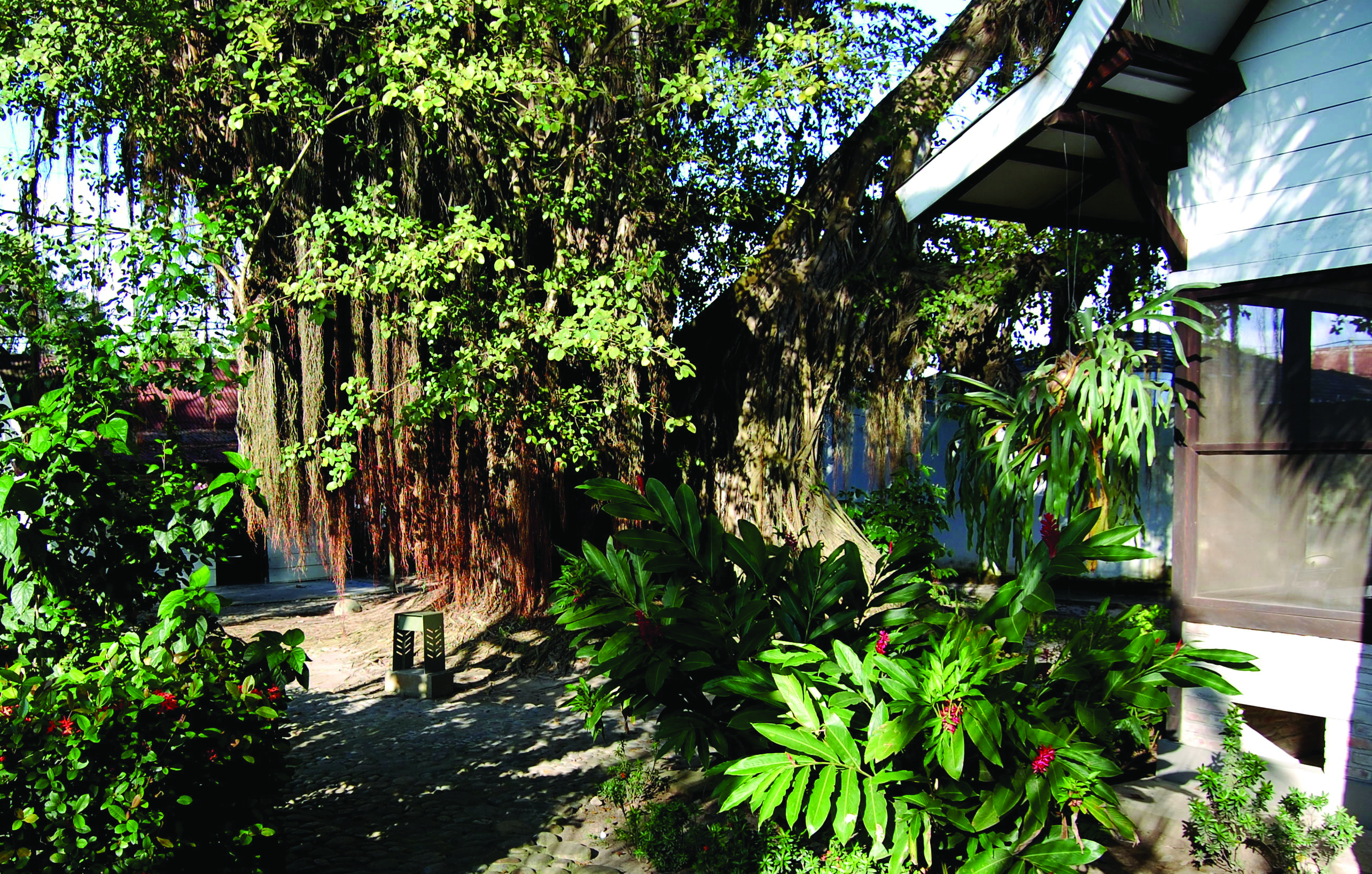 There is no such thing as magic, which means it is technically impossible that the man who is standing before me, a man with 39 children and 126 grandchildren, got up this morning and fell straight from the pages of a Gabriel García Márquez novel.

But Antonio Jaramillo – 82-years-old, married twice, keen guitar player – is exactly the sort of person you should meet in Aracataca, García Márquez’s birthplace, especially if you’re a skeptical soul who is slightly alarmed at being dumped from a bus in the middle of nowhere, about an hour-and-half outside Santa Marta.

You can’t help but wonder what they think of it all here either. García Márquez, you know, famous member of the Barranquilla Group, beloved in Cartagena with his oceanfront home and penchant for waxing lyrical about the city, well known in Bogota for his work at El Espectador and his Forrest Gump-esque positioning at the moment of Gaitán’s killing.  But he left the village of Aracataca before he even hit double figures, so how can he still be relevant here?

I’d heard stories of residents painting sarcastic slogans under Welcome to Aracataca signs, along the lines ‘That’s right, it’s not Macondo’ – a side sweep at anyone hoping to find the characters from 100 Years of Solitude, the Nobel laureate’s most famous work. But instead they seem a jolly lot, of course, they’re costenos – vallenatos blaring out from every corner, motorbikes humming up and down, hideous memories from the banana plantation fading with every dance and drop of rum.

They don’t seem anti-García Márquez. In fact, they positively embrace it. You can have a few beers outside a bustling little shop called La Hojarasca, after all, named after one of his early works – in English it’s Leaf Storm. Similarly, you can go to what was genuinely the old Casa del Telegrafista and relive your memories of Love In A Time of Cholera and other favourites.

I even had my photograph taken with a bronze statue of 100 years’ character Ursula in her rocking horse, which let me tell you is a very big deal for a García Márquez fan (I probably should have admitted that at first. Yes, I’m a fan, I even made it through The General in his Labyrinth for which you have to really love García Márquez, Simón Bolívar, or both)

The local auto repair shop is cheekily called Macondo too and there are numerous other references dotted around the place. You can stroll past the author’s old school and it is completely acceptable to wait for the train just so you can have your photograph taken beside that too. In fact, no-one turns a hair at anything here, not even when you’re six foot tall, blonde and have excitedly resorted to chasing yellow butterflies down the street.

A living museum for a living legend

Restaurants, typically, are very much in on the act and Restaurante Gabo (Cra 4 No. 7 – 4) is essentially just a museum that happens to serve typical and reasonably-priced Colombian lunches, amid piles of dusty photographs, signed napkins, books, mugs and yet more photographs. There are plenty of other restaurants, but is that really why you’re here?

There’s not much in the way of accomodation, though, so you’ll probably be saved by Tim Aan’t Goor, a Dutchman known locally as Tim Buendia who is essentially just a modern day Melquíades (that’s the gypsy from 100 Years, please keep up) He runs a hostel in what was the home of Aracataca’s former military mayor. Considering said mayor had 10 children (that’s six less than García Márquez’s own father) there’s plenty of space for a dormitory ($20,000 pesos) and double room ($60,000 pesos) What with the cats and Tim’s fondness for both Aracataca and Macondo, a stay here can only add to the magic. He may even read to you or recite you some of his poems.

In fact, Tim’s a very generous soul and thanks to him I experienced one of my greatest pleasures in Colombia. I am not usually the sort to go tramping barefoot through woods, avoiding deep mud and groups of iguana-hunting children only to jump – fully dressed – into a deceptively strong river and float back to Aracataca, but this is García Márquez country. But hang it, it’s the Colombian coast. You’re supposed to do whatever here and floating on your back through fast-flowing, pale brown waters as you admire blue skies, butterflies and tropical birds overhead, is probably the greatest tribute you can pay.

No journey to Aracataca would be complete without a trip to García Márquez’s old house either and here the powers-that-be have done a fantastic reconstruction job. The place oozes with the author’s wizadry – both the literary pleasure of 100 Years of Solitude and the real magic you’ll find in his autobiography Living To Tell The Tale, which you should definitely read before you go – if only because it’ll make hugging that famous tree in the garden a little bit more special (You will hug the tree, trust me, this is coming from a woman who jumped fully clothed into a river) They even have little gold fish in the house, by the way, flipping loads of them.

I’m a British girl, a typical one, so I’m supposed to be all cynical and sneery. They’ve told me I’m meant to be mean about García Márquez and question his ideology, his commitment to this country. I was definitely supposed to be above a visit to Aracataca and a cuddle with old Ursula. Mr. Jaramillo, him with the guitar, died shortly after my trip to the pueblo too, which wasn’t part of the tale and, yet, I just can’t help believing. So go to Aracataca, jump in the river, chase some butterflies and meet some of Mr Jaramillo’s 39 children, 126 grandchildren and then tell me magic doesn’t exist. It’s all just a fantasy… right?

Vicki writes about Colombia at www.bananaskinflipflops.com.