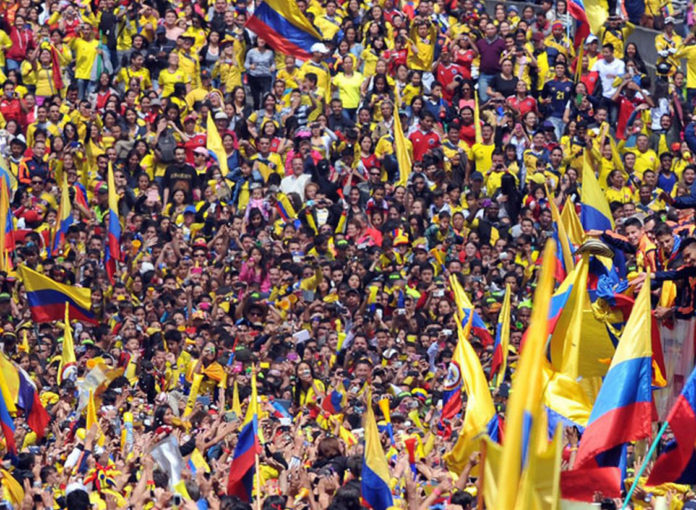 Colombia crashed out of the World Cup in a fraught and excruciatingly difficult match to watch, especially when it came to Extra Time and a penalty shoot-out against England. During four matches in which the Tricolors showed unprecedented determination and on field bravado, Colombians managed to escape from routine, and unite as a nation behind their championship players.

With Colombia’s first match against Japan, days after the end of a bitter and divisive presidential election, which gave Iván Duque a mandate to govern this country for the next four years, social media was fuming with vitriol and fake news feeds.

Then, the videos that surfaced of a handful of Colombians breaking Russian football regulations by sharing alcohol from fake binoculars. Social media went viral and ballistic, many online, using the incident to lambaste their fellow citizens and seize moral high ground.

The fans were sanctioned by Russian authorities and lost their badges to attend future matches, even one of the implicated, was suspended from his job, after the company he worked for saw the online footage. Colombia’s Foreign Ministry threatened to impose nes for Colombians breaking rules in this very visible tournament. There was no excuse for the mockery and, worse yet, the indecent remarks made by another fan against two Japanese women, but the entire social media rampage seemed more a manifestation of frustration at the end result of the game, rather than a genuine critique of behavior.

The online videos of other Colombian fans picking up the garbage with their Japanese rivals hardly made a dent on social media.

The more I dabble in social media, by sharing texts and images, the more I am convinced that tweets and posts have limited societal and individual benefits. And yes, one can have a life without having to be permanently connected to a computer, cellphone and news feed. The recent election campaign proved to me the very real dangers of making political comments online, from the inoffensive, such as receiving feedback from one “follower” who railed at me after I referred to the former Bogotá mayor Gustavo Petro and presidential candidate as a “socialist,” when, according to him, he was a true “radical democrat.” Having grown up most of my life in a country many consider socialist, I hardly see the offense, instead, I consider it more benign than any label that carries the word “radical.”

But, then again, it is hard to have a healthy discussion in a tweet of 30 words. As a representative of a media company that for over a decade has championed many aspects of Colombia, we have also been very critical of everyday issues that negatively impact social cohesion and core values, such as freedom of speech, which this country should value.

One Facebook comment that also left an indelible mark on me these last several weeks claimed the accidental arm-raising by player Carlos Sánchez during the opening minutes of the Japan match was “the country’s reward for not having elected Petro.” I am still not sure how a minuscule muscular reaction of a goal-bound shot has anything to do with the defeat of a candidate who managed to reap 8 million votes at the ballot; but, when I have reached a conclusion, I will most certainly not post it online.

I am relieved that Colombia left the World Cup with all the accolades the team deserves, and showing to the world that it is not a headline from The Sun newspaper, that claims this coun- try’s contribution to the world comes down to “Shakira, great coffee and er, other stuff Go Kane.”

If big media, such as The Sun has to resort to stereotyping that is hurtful and offensive, what can we expect of the spiteful behavior by social media hounds? A spokesperson for the newspaper responded to their million-moving front page saying that it was “suitably light-hearted considering the context,” and that, they hoped, would boost Colombia’s coffee industry.

Once again, I’m not sure how Arabica is going to move more in coffee shops in Aldershot after Colombia (once again) was touted as cocaine central, but the fall-out was immediate. So, the editors at this London tabloid will probably have their “community managers” working overtime to fend-off trolls and block a litany of hate mail, that, sadly, is deeply embedded in our media culture.

On a final note, and comment that I’m sure will not spark a diatribe of rebukes, Colombia’s stellar performance in Russia was accompanied by waves of endearing fans, emblazoned by their national colors and the best Ambassadors this country can have. And now, a long wait to the next World Cup and election round in 2022. Four years should be sufficient to let all the social vitriol subside. 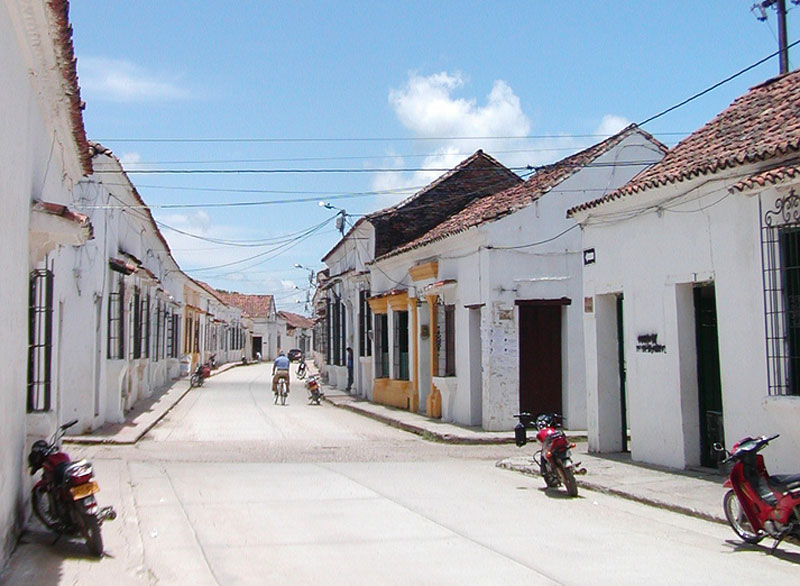