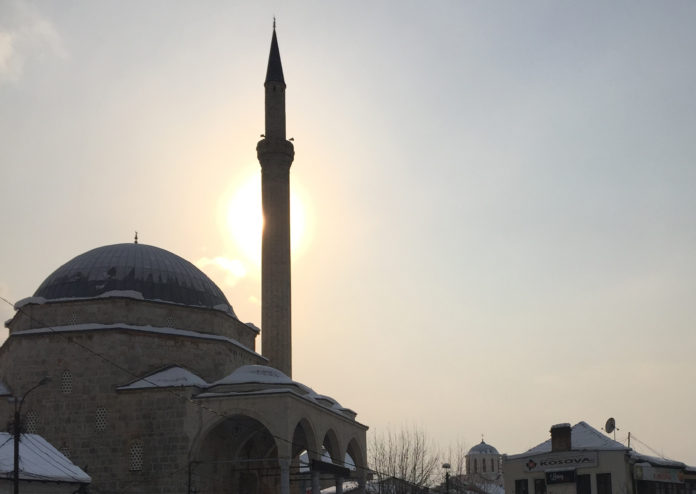 After the ethnic cleansing committed by the Serbian army against the Albanian population in Kosovo during the late 1990s, in which thousands were killed and many  remain missing, there remains a lack of progress in terms of post-conflict reconciliation, and a valuable lesson for Colombians after they recently elected their first post-conflict president.

Almost two decades after the Kosovo War ended in 1999, displacing 1,5 million Albanians, infrastructure is in ruins and economic prosperity for many in this ethnically strained nation, elusive. Countries undergoing their own path to reconciliation after a violent con ict could learn valuable lessons from the efforts being made in the Balkans to better understand the best path to rebuild their war-ravaged economies, and heal bitter hatreds.

After more than a half-century-long internal conflict that ended with the historic signing of a peace accord with the world’s oldest Marxist insurgencythe Revolutionary Armed Forces of Colombia (FARC), Colombia also faces a long path ahead with the implementation of its post-conflict, especially with the election last month of Iván Duque. After winning the second election round with a clear mandate and considered “a fresh face to traditional conservative politics,” as one media group referred to the 41-year old economist and now, Colombia’s youngest president, many in this country remain worried how his election will affect reconciliation. Duque defeated leftist Gustavo Petro by more than two million votes on June 17 run-off. The former guerrilla of the M-19 movement and once mayor of Bogotá, however, publicly “notified” his opponent, that with a mandate of 8 million votes, he would lead a consolidated opposition.

What is important to understand in any peace process is that while many may seem to want lasting peace, the definition of what “peace” actually means remains undefined. For some in the population, peace is synonymous with disarmament. For others, it’s about recognizing victims’ rights and implementing retributive justice for former guerrillas. Where does Colombia stand with its post-conflict after 260,000 were killed, and more than six million internally displaced?

One aspect that differentiates Kosovo’s peace process from Colombia’s is a reliance on international organizations. Colombia has solicited very little help from the outside world to implement the Final Accord, except the United Nations, while Kosovo has developed a dependency on international aid and humanitarian assistance, to the point where Serbs and Albanians are incapable of cooperating together to best determine the future of their nation. The only glimmer of hope being the potential of its younger generations to spark change.

As a country that declared independence a decade ago, Kosovo has served as a precedent for those to follow in terms of rebuilding, but not necessarily when it comes to reconciliation. The wounds sustained from the violence still remain fresh in the hearts of victims throughout the country, serving as an obstacle in the quest for healing. Could the same be said for Colombians?

This is a constant ongoing theme in any peace process, the fundamental belief that the key element to any attempt at resolving conflict is “time.” However, there is a detrimental loopholein this approach, which is the call for justice of those responsible for war crimes. Those that have suffered and lost their loved ones to violence, will forever yearn for a swiftness of justice. This causes tension among the population and is destructive along the path to reconciliation. In Kosovo’s case, many still have family members and friends missing in the war, and in Colombia, unresolved cases of missing persons by both paramilitaries and FARC remains a contentious issue.

Efforts have been made, and awareness is an important factor, yet it is never enough. This is partly due to the fact that non-governmental organizations are highly involved in bringing home loved ones rather than the actual government itself. What any country facing reconstruction after conflict needs are politicians that are dedicated to justice, while also committed to peace. This can be difficult to balance, especially in Colombia’s case, where they have now permitted former guerrilla commanders to run for public office, acting as a catalyst for the peace process.

A key question in any reconciliation, is what’s worth more: peace or justice? From what I have learned during my time in Kosovo, is that there cannot be one without the other. Colombia has been able to achieve peace with FARC because it held peace to the highest standard, something Kosovo is not committed to, due to one major differentiator. The war in Kosovo was ethnically motivated, while in Colombia it was an internal conflict. The ethnic divisiveness is still intensively evident in Kosovo, delaying the development of much-needed infrastructure and progress towards international recognition as a country. Compromise is easier to fulfill between one’s own people, rather than between warring ethnic groups.

One fundamental mistake Kosovo made in its process toward reconciliation is permitting those that were involved in the war to run the government, which has caused widespread corruption and con icts of interest, and has taken the country backward in its quest for stabilization. A country’s ability to maintain peace exempli es its progress and development, however, it is crucial that we ask ourselves how much sacrifice, is too “much” in the name of reconciliation?