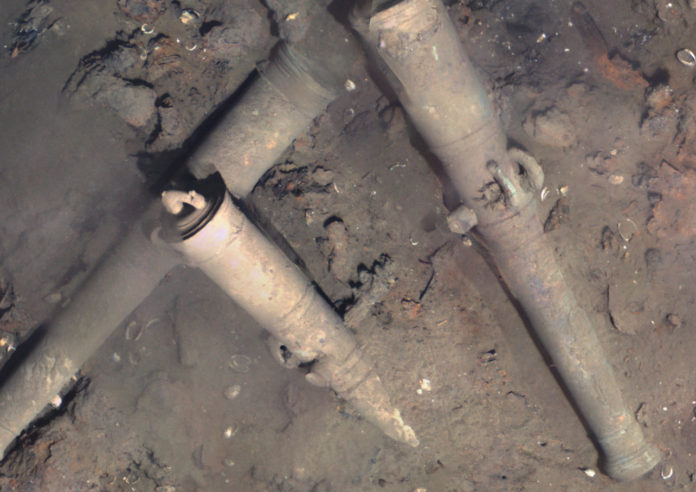 A breakthrough in the San José galleon dispute has emerged after President Juan Manuel Santos sent a “letter of intent” to the government of Spain welcoming their engagement in the salvage operation of the legendary ship.

Both countries have been involved in a heated debate since the discovery of the shipwreck in 2015, claiming that the estimated US$17 billion treasure is rightfully theirs. The galleon was downed in 1708 off the coast of Cartagena, ambushed by the British Navy carrying precious cargo from the New World, including gold bullion, silver and exquisite gems. Over 600 men were killed in the attack, causing Spain to argue that since the ship was sailing under their royal flag, the recovered cargo is theirs to inherit. Colombia, however, has insisted that since the galleon sunk in what is today, their territorial waters, the ownership of what is widely-considered to be the largest underwater treasure ever to be discovered, belongs to the state.

In April, a robot submarine collected the first ever photographs of the ship’s hull,  located 600 meters deep in the Caribbean. Over 6,000 pictures were captured, regaining life into the age of conquest. These photos have also revealed the extent of the artifacts strewn on the ocean floor, 40 kilometers northwest of Cartagena, and containing what could be the largest emeralds ever extracted.

In response to Santos’ letter, Spain answered with a positive response, welcoming certain “collaborative mechanisms” that will facilitate the recovery of the so-called ‘Holy grail of shipwrecks.’ The diplomatic offensive marks a step forward in reaching a compromise in the San José dispute and finding a lasting solution regarding the future of a mass grave where Spanish sailors are buried.

“This proposal does not affect the ongoing process of Colombia in the recovery of the San José Galleon,” reads the press release from the Ministry of Foreign Affairs concerning Spain’s positive response to the memorandum.