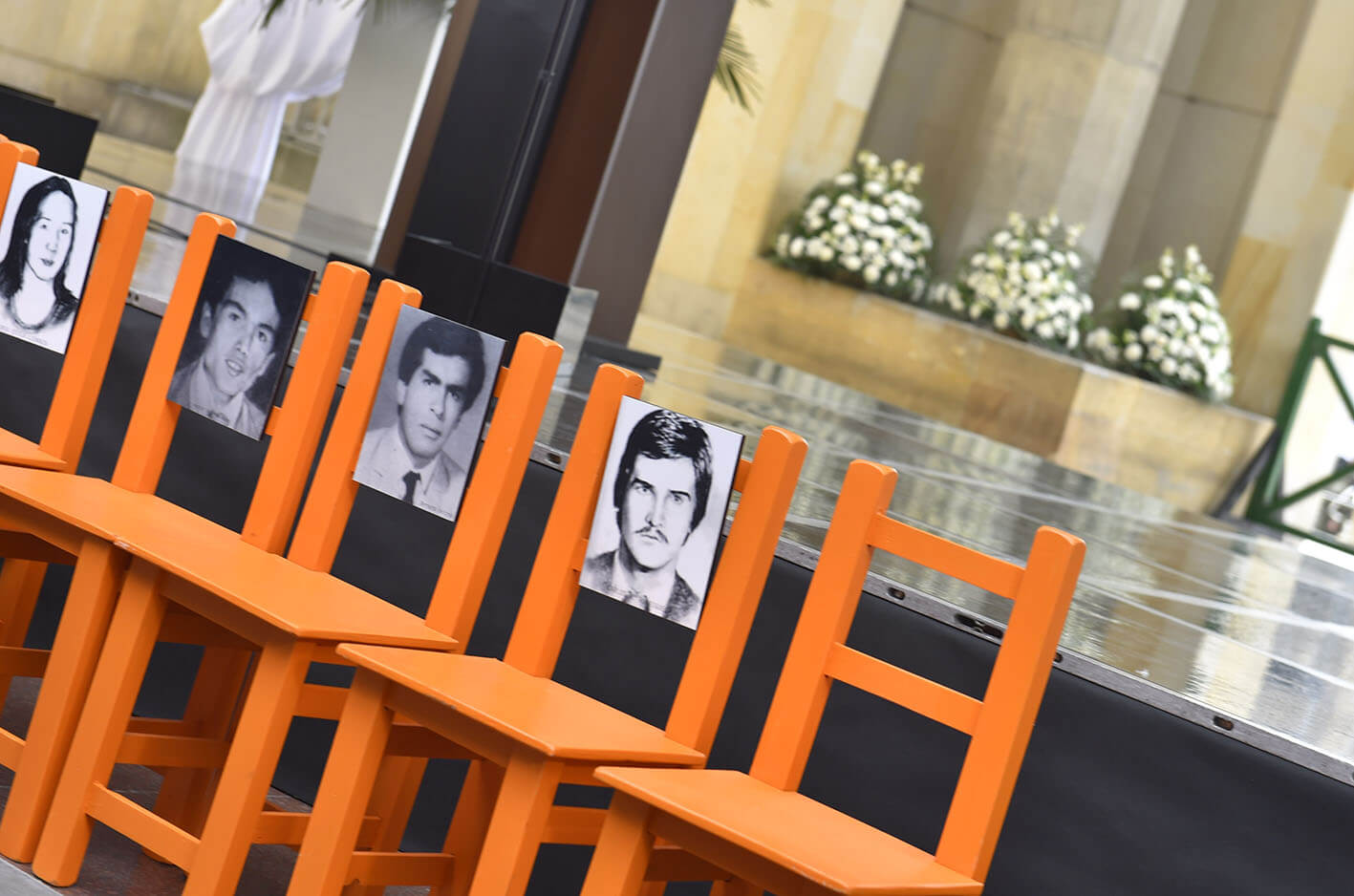 Colombians commemorated on Friday, November 6 one of the most horrific episodes in their recent history — one, which 30 years later, has yet to fully heal.

On November 6th 1985, a typical grey and rainy morning in Bogotá,  a commando of some 40 heavily armed male and female guerrillas belonging to the M-19 stormed the Palace of Justice.

This bold and dangerous mission had been carefully orchestrated for months by the senior rank-and-file of the left-wing April 19 Movement (M-19). Its objective was to destroy key evidence housed within the walls of the Palace of Justice which implicated them as criminals, as well as their tenuous backer, the Medellín-based drug lord Pablo Escobar.

It was an age of high profile hostage-takings around the world, and the M-19 wanted to show they could pull-off their own stunt

It was an age of high profile hostage-takings around the world, and the M-19 wanted to show they could pull-off their own stunt, which involved the sequester of the justices and magistrates of both the Supreme Court and the Council of State.

According to the M-19, the Palace of Justice would put the Colombian government on “trial” for having “betrayed the hopes of a nation.”

The government had shunned peace negotiations and a possible truce with this rural organization, and in retaliation the guerrillas decided to take their cause to the heart of the nation: the stone block edifice facing the Plaza de Bolívar and Presidential Palace. It all went terribly wrong.

Three hours after the guerrillas shot their way into the unprotected building, President Belisario Betancour ordered in the army and managed to free more than 100 hostages. Yet there were some 200 civilians still trapped on five floors.

The army continued its counteroffensive with tanks breaking through the wooden doors of the Palace’s main entrance.

As the M-19 systematically torched court records, a fire broke out on the fourth floor exacerbated by the barrage of heavy artillery. The fire engulfed the entire Palace of Justice.

In a questionable decision by the government to abate citizens’ fears that a coup was in the making, the Minister of Communications, Noemí Sanín, ordered the transmission of a local football match on Inravision, the state’s television network, interrupting live coverage of the Palace in flames.

When the 28-hour siege ended November 7th, 11 of the 24 Supreme Court judges were among more than 100 killed.

After three decades, the wrongs committed by both sides were partially exorcised Friday, when President Juan Manuel Santos, begged for forgiveness while addressing the relatives of those who died during the attack. “I do this from the heart and not to fulfill some obligation,” he said.

The President went on the state before the 1,000-strong gathering: “We still have a moral debt with the victims and family members of the Palace of Justice.” Referring to the events, he said, “the actions of the M-19 were absolutely condemnable, but if there were flaws in the conduct and procedures of state officials, these must be recognized.”

The “conduct” over whether president Betancour ordered excessive force by the army to secure the Palace or not, has been a cause of debate and dissent for 30 years.

During the raid, 11 people who were taken alive from the building disappeared. A senior Colombian army officer, Colonel Alfonso Plazas Vega is currently serving a 30-year prison term for his alleged role in the forced disappearance of two individuals said to have been inside the Palace during the bold rescue mission he was in charge of.

Plazas Vega has insisted on his innocence.

Santos went on to order the state’s Medical and Forensics entity, Medicina Legal, to exhume the remains of all who perished during the attack and were buried in mass graves in order to guarantee identities and probable cause of death.

The Palace of Justice dealt a near-catastrophic blow to democracy in Colombia. The country would be forever changed.

Pablo Escobar went on to build his cocaine empire, and years later declared war against the state, resulting in a narco-terror campaign of assassinations and bombings.

The M-19 capitulated over the Palace shame and signed a historic peace agreement with the government of Virgilio Barco (1986-1990) — a first of its kind for Colombia. Later, the M-19 evolved into the AD M-19 party and helped forge the 1991 Constitution during the presidency of César Gaviria.

Many of the M-19 became active in national politics, including current outgoing Mayor of Bogotá, Gustavo Petro. Antonio Navarro Wolff, a senator with the Green Party — Partido Verde —  was recuperating in a hospital in Havana, Cuba, from wounds inflicted by a bomb attack. Everth Bustamente, who holds a seat in Congress representing the Center Democratic Party — Centro Democráctico — of former President Álvaro Uribe Vélez, was at the time of the siege a high-ranking member of the guerrilla.

Six days after the flames from the Palace of Justice were extinguished in Bogotá, Colombians were engulfed in yet another tragedy: the explosion of the volcano Nevado del Ruíz and the resulting mud and lava flow which erased the town of Armero, killing 23,000 of its 27,000 inhabitants.

Santos will visit Friday the mass graves at the Armero memorial site and pay homage to Omayra Sánchez, the 13-year old girl, who shocked the world with her suffering and courage. Omayra was trapped for 60 hours neck-deep in rubble and mud and, despite round-the-clock efforts to dislodge her by the Red Cross and locals, she died.

November 1985 was a month of fear, agony and despair for Colombia. Thirty years after the Palace of Justice and Armero, Colombians rightfully, refuse to forget this week of infamy.