This Friday, millions of Colombians will shop for groceries, clothes and other things just like any other day. But there will probably be a lot less plastic involved — or at least a lot fewer plastic bags.

All day, Colombians will be encouraged to “bring your own bag” as part of a campaign pushed by the national Ministry of the Environment. But that day-long effort is just part of a much larger project to reduce the number of plastic bags used nationwide.

On Thursday morning, President Juan Manuel Santos, standing with Ministry of the Environment officials and representatives of plastics guilds and the World Wide Fund for Nature, signed legislation that bans plastic bags smaller than 30×30 centimeters (12×12 inches).

“One might ask ‘why plastic bags?’” said Santos on Thursday. “The answer is important: because these bags that we use for just minutes take centuries to deteriorate.”

“As the president said, this campaign is about changing the “chip” in terms of the way that Colombians use plastic bags,” said Laura Garzón, a Ministry of the Environment representative. “On Friday, all the major chains are going to be encouraging people to bring their own bags.”

Though the nation is one of nearly 70 to regulate the use of plastic bags, Colombia’s ban on small bags doesn’t go as far as some pieces of legislation in other countries, states and municipalities, which outlaw all single-use plastic bags completely. Many such laws have proven highly controversial.

For example, California became the first state in the United States to pass a law that would ban all single-use plastic bags statewide last year. Legal challenges have held up its implementation, however.

Critics charge that overly broad bag bans hurt small businesses and manufacturing jobs, reduce options for consumers and are largely ineffective in achieving their primary goal — cleaning up the environment. Some even argue that reusable bags can cause disease when not properly washed.

Colombia’s law, however, has the backing of key sectors including the National Federation of Merchants, the Plastic Producers Guild and the Ministry of Industry, Commerce and Tourism.

According to Ministry of the Environment officials, 2 million plastic bags are used each minute worldwide, only 5 percent of which are ever recycled. The rest end up in landfills, oceans, roadsides and other places where they slowly decompose over hundreds and sometimes thousands of years.

The average Colombian uses about 288 plastic bags per year.

To launch the #ReembolsaleAlPlaneta (ReimburseThePlanet) campaign, government officials and other representatives will hand out free reusable bags in front of the Éxito supermarket at Bogotá’s Salitre Plaza starting at 10 a.m. Friday. 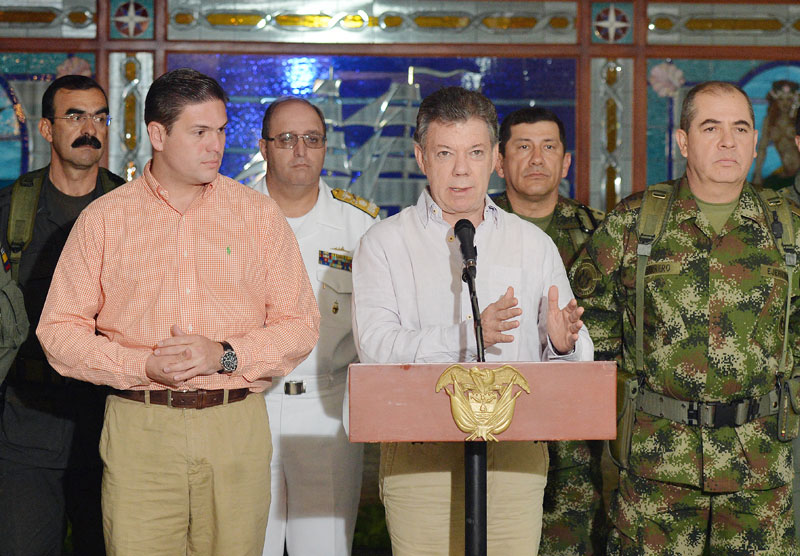