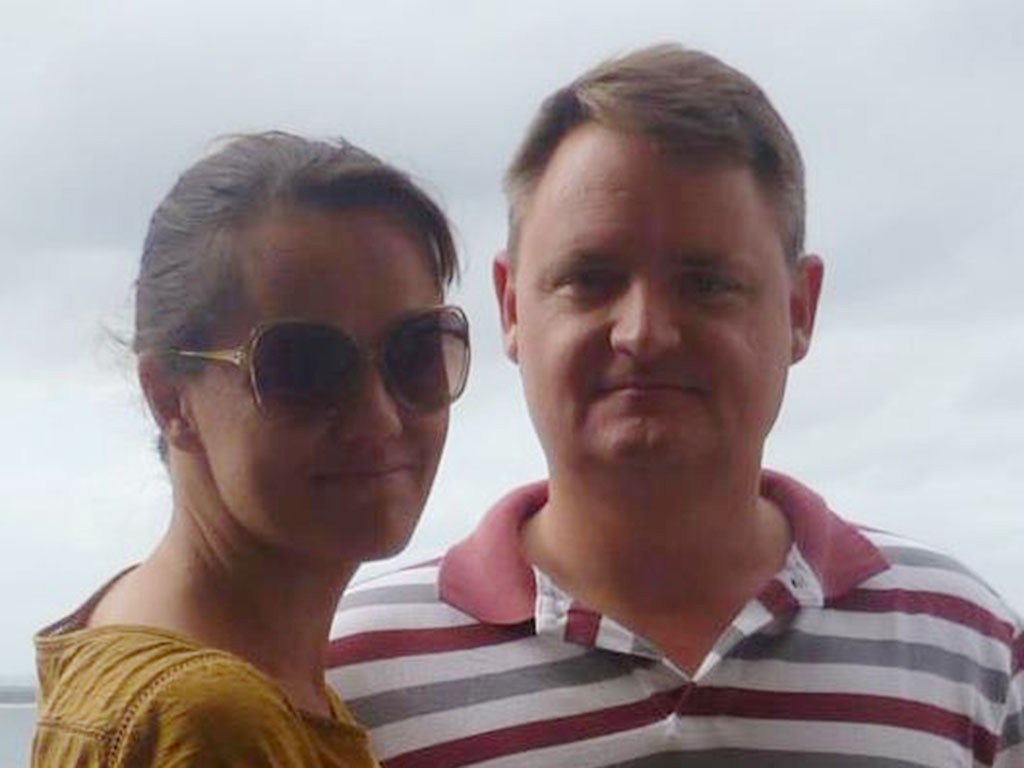 The investigation into the mysterious deaths of a Bogotá family inside their home in a north Sydney suburb has taken a sinister turn as evidence mounts suggesting a well-planned murder-suicide involving odorless gas.

According to a report Tuesday in the Sydney Morning Herald, police investigators of the North Beaches precinct have uncovered an “elaborate gas network” connected to two cylinders outside the Manrique-Lutz home, which filtered “air-borne gas” killing the family of four, and the dog.

When the alarm was raised by St.Lucy’s Catholic School in nearby Wahroonga after Elisa, 11, and Martin, 10, didn’t arrive to class on Monday morning, and María Claudia Lutz didn’t turn up for her shift at the canteen of this school for children with disabilities, police broke into the home of the Colombian family wearing masks and carrying detectors. According to police superintendent Dave Darcy the scene inside the home was “extremely confronting” but the bodies showed no signs of injury. Forensic crews worked inside the home for 24 hours. According to media reports, no suicide note has been found and toxicology results have yet to confirm the cause of death.

Maria Claudia Lutz, 43, and Fernando Manrique, 44, were parents of two “very special” nonverbal autistic children. They met in Bogotá, and knew each other as youngsters in the private school network of Gimnasianos – girls enrolled at the Gimnasio Femenino and boys at the Gimnasio Campestre. She married her childhood sweetheart, Fernando Manrique, a student of industrial engineering at Universidad de Los Andes. According to a close friend of María Claudia Lutz, she was a “top honour student” who excelled in her law studies at the prestigious Rosario University in Bogotá.

The friend, who asked to remain anonymous, claims “Maria Claudia had met her perfect match[…] and seemed very much in love before the children were born.” Manrique applied for an MBA at Macquarie University in Sydney, and in 2005, the young couple moved to Australia. “Maria Claudia was very driven and reserved,” remembers the friend.

The couple became parents to Elisa in May 2005 and Martin in August 2006. Both children were diagnosed with severe autistic disabilities. The couple balanced the pressures of living in a country far from home, while meeting everyday medical and therapy challenges of two deaf and nonverbal children.

Both youngsters have been described by the staff of St.Lucy’s as having exceptional artistic capabilities. Elisa’s teacher, Ed Hayes, said the 11-year-old was “a beautiful and smart girl.”

But the stress of raising children with significant disabilities appears to have strained the marriage of Maria Claudia and Fernando, causing them to “become distant” recalls another close friend, who also wants to remain anonymous. Warren Hopley, acting principal of St.Lucy’s during a press conference after the tragedy was confirmed stated: “I don’t think she slept for many hours of the night because of the difficulties.” Lutz was last seen Friday afternoon at the school picking up her children and having a coffee with friends.

A report by the Daily Telegraph claims Fernando Manrique was “spotted working on the roof of the house using power tools just days before the tragedy occurred. It is believed he was installing some sort of system to disperse the poison throughout the house.” The North Beaches Police have also confirmed that a lot of “pre-planning” went into this alleged murder-suicide scenario.

With a marriage struggling over constant worries of the future of their severely autistic children, María Claudia wanted to return to Colombia, claims the friend, but “the children could not travel due to their health issues on a 14-hour flight.” In order to comfort María Claudia, her family tried to visit Australia once-a-year.

María Claudia described her children to friends as “very special” who taught her to live life “differently.” She would explain to others that Elisa and Martin would see life without  complications. “They are totally honest and direct. There are no social rules.”

Fernando’s career seemed stable with frequent trips across Asia as executive director for the region of the technology and business outsourcing company Drake Business Logistics. According to The City Paper’s source, Fernando aspired to start his own company dedicated to technology outsourcing and support for the banking sector.

Maria Claudia described her life as one that evolved around their children. “We live a life of disabilities. It is not easy, but it is our life,” she told a friend.

A scare earlier this year caused the parents to take extra precautions with their children, after Elisa left the house and disappeared in a nearby park for five hours. The very protective parents erected a high fence to prevent the children from leaving the property. According to neighbor Ofik Thomassian, 73, María Claudia would “lead the children by the hand, one-by-one to the car” each morning.

Investigators in north Sydney believe an odorless carbon monoxide gas was administered to kill the Manrique-Lutz family, but no connection to assisted euthanasia or suicide groups has yet to be revealed or confirmed by the police.

Australia is one of the few countries where non-profit organizations such as Exit International, Dignitas and Final Exit offer assisted suicide counseling and information.

In 2011, Exit International unveiled the first pro-euthanasia billboard on a highway near Sydney and counted with 3,500 members. Founded by the author and physician Philip Nitscke in 1997, Exit International offers workshops and meetings across Australia, as well as The Peaceful Pill eHandbook (PPeH) on their website, with a 24-month subscription updated six times per year.