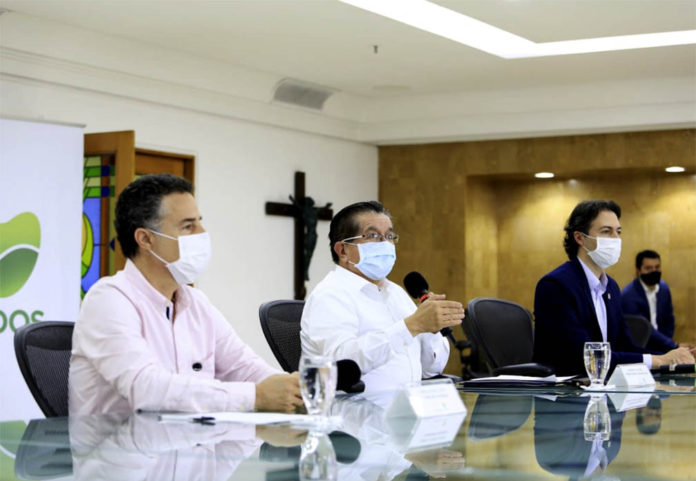 As the United Kingdom and mainland Europe confront the second wave of coronavirus and which has already placed large swathes of these territories under new lockdowns, the dire situation of sharply rising new daily cases should come as a warning to Colombians that if cases in the country also continue to spike, new restrictions could be enforced between mid-November and early December.

Yet vice-President Marta Lucía Ramírez, in a recent television interview, claimed that the chance that Colombia returning to strict quarantine for the remainder of 2020 “is an impossibility.” The former Minister of Defense and the first woman to be named vice-President did test positive last week for coronavirus and is self-isolating. President Iván Duque through-out the last eight months of the pandemic has routinely tested negative.

While the national government intends to curb the devastating impact to economic recovery of a possible end-of-year quarantine, the decision to enact new restrictions depends on local administrations, as is the case for this holiday weekend, after the Governor of Antioquia, Aníbal Gaviria, decreed curfew for adults and minors. Adults must remain indoors from 10 p.m. to 6 a.m. starting Friday to Saturday, and each respective evening until Monday morning. Those under the age of 18 face a continuous curfew from 6:00 p.m on Friday to 6:00 p.m on Monday.

Medellín is the latest epicenter of the country’s coronavirus pandemic, registering 30% more daily cases than Bogotá, yet with a population of two million compared to nine, respectively. Colombia’s Minister of Health Fernando Ruíz was accompanied by Medellín Mayor Daniel Quintero as Gaviria announced the Halloween curfew.

“In Colombia, we have had at least three waves of contagion, the first in the Caribbean and Pacific regions, second in Bucaramanga, Cali and Bogotá, and the third in Medellín, Manizales, Ibagué,” remarked Ruíz, adding that high rates of infection will continue during the next several weeks. The curfew comes as ICU occupancy in the department ranges between 80% and 90% including units for non-Covid patients. Medellín added an additional 2,109 cases of the disease on Wednesday, followed by Bogotá with 1,741.