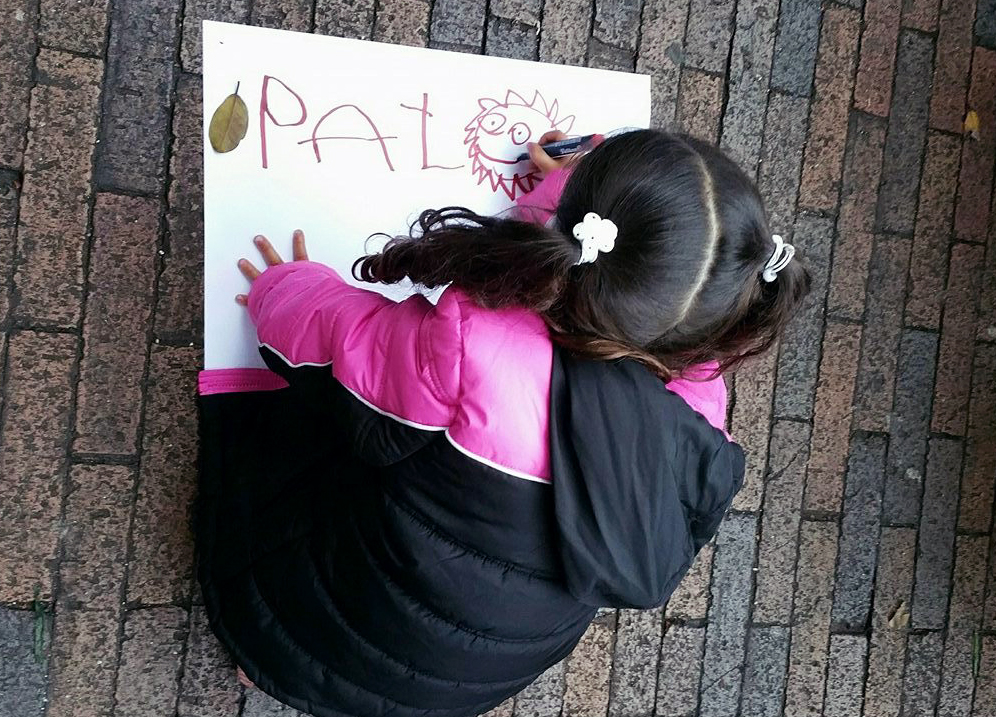 Last night, thousands of Colombians took to the streets of Bogotá to promote peace. They brought candles, lanterns, and torches. Most wore white. A march of silence thought up by university students ended up as a gathering of so many different people, from kids to seniors, from those who voted “Yes” on the Final Accord last week to those who voted “No.”

There was no political party involved in the march, just citizens using their voice to push for peace in Colombia. For at least one night, a divided nation came together in the capital, and similar marches took place in other cities, including Cartagena, Cali, Barranquilla, and Neiva. Small marches were even seen in New York, Paris, and London.

Initially, the march was supposed to go from the Planetarium of Bogotá in the Centro neighborhood to Plaza of Bolivar in the historic center of the city. But so many people turned up that the start of the procession needed around three kilometers of additional space, stretching all the way north to Javeriana University on the 45th street.

At 5 pm, the citizens started gathering at the Planetarium. Around 6 pm, with no more space for all those arriving, thousands began signing the national anthem of Colombia. When sunset came, everyone lit their candles and began to walk down 7th Avenue, known as La Septima. The marchers passed by Colpatria Tower, a 50-story skyscraper that was lit with the colors of the Colombian flag moving across it its exterior.

Some people were in silence, carrying candles in their hands, while others were screaming and holding huge posters asking for peace. Many marchers carried signs with the name of a small town affected by decades of war that had voted “Yes” on Sunday. Bojayá. Tibú. Carmen de Bolívar.

There were famous journalists, like Maria Jimena Duzán and Daniel Samper Ospina, actors and actresses, including Alejandra Borrero, and the French band Zaz, which will perform tonight in Jorge Eliécer Gaitán Theatre. Even the president’s son, Martín Santos, marched for peace. They were all looking to be heard and encourage their government to — finally — complete the peace agreement with FARC.

Plaza de Bolívar was packed. The statue of Simón Bolivar in the center had a Colombian flag in his left arm and a white one on his right shoulder. Bright yellow lights illuminated the landscape, and white flags were everywhere. Around 8 pm, the plaza listened aloud to the “Prayer for peace” by Jorge Eliécer Gaitán, now-legendary words that were first told during the First March in Silence in 1948.

Gaitán’s words resounded with as much power last night as they did almost seven decades ago: “We, Mr. President, are no cowards. We are descendants of the brave who annihilated the tyranny from this sacred land. We are capable of sacrificing our lives to save peace and the freedom of Colombia!”

Once the words ended, the national anthem sounded again to break the silence — louder and with even more emotion than before. Then came words of special thanks to all the people outside of Bogotá who are also supporting peace before the masses took over. In Spanish, the crowd sang and screamed: “NO MORE WAR, WE WANT PEACE.” “PEACE AGREEMENTS NOW.” “THE ONE WHO DOESN’T JUMP DOESN’T WANT PEACE.”

The floor moved — literally. You could feel the ground shake below your feet.

Cerulean Warbler: A songbird saved by the mountains of Santander