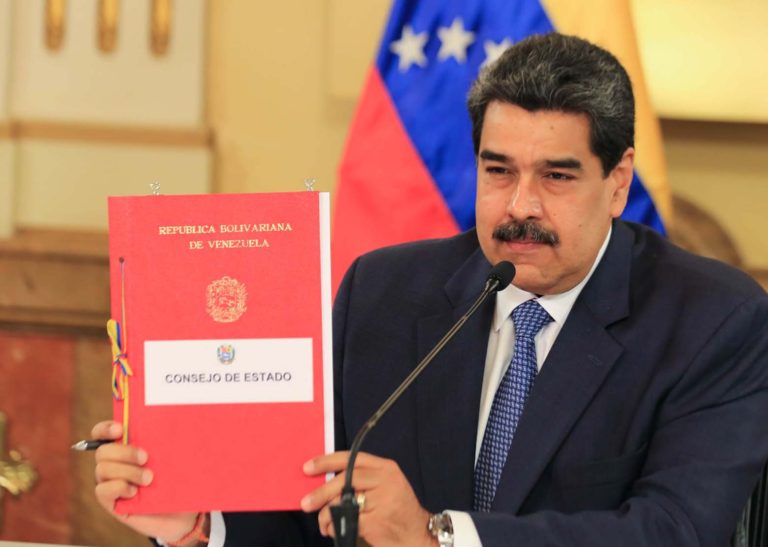 The leader of the Venezuelan regime Nicolás Maduro has offered in donation two Chinese-made COVID-19 testing machines to Colombia as a humanitarian gesture. Hosting a permanent session of the State Council at the Miraflores Palace in Caracas, Maduro reached out across the political divide that separates the two countries, stating that with an incoming shipment of medical supplies from China, the machines are “going to test the people of Colombia.”

According to the John Hopkins Coronavirus tracker, Venezuela, as of Wednesday, has 143 confirmed cases of the disease, while Colombia has 906.

The Venezuelan leader also expressed concern that the only machine in Colombia to diagnose COVID-19 in suspected patients temporarily broke last week, requiring spare parts from Germany. Maduro used a Cuban refrain “Solidarity saves, and will save” to get a response from President Iván Duque.

President Duque, during a radio interview with RCN declined to reference the donation directly, saying that his administration is working with the Chinese government, as well as European nations to have the necessary equipment to face the mitigation phase of the virus. “Any coordination we are doing directly with providers is being done through the Pan American Health Organization,” said Duque.

Colombia closed all air, land and sea connectivity last month with the outside world, including its main overland border with Venezuela at Cúcuta.

The Colombian government does not recognize Nicolás Maduro as the legitimate President of Venezuela.

The offer by the Venezuelan regime comes as the U.S government offered to lift all sanctions on the oil-rich nation if Maduro would step aside and hold elections. U.S Secretary of State Mike Pompeo said in a statement that the need for a transitional government “has become all the more serious in light of the Maduro regime’s failure to adequately prepare for and address the global COVID-19 pandemic.”