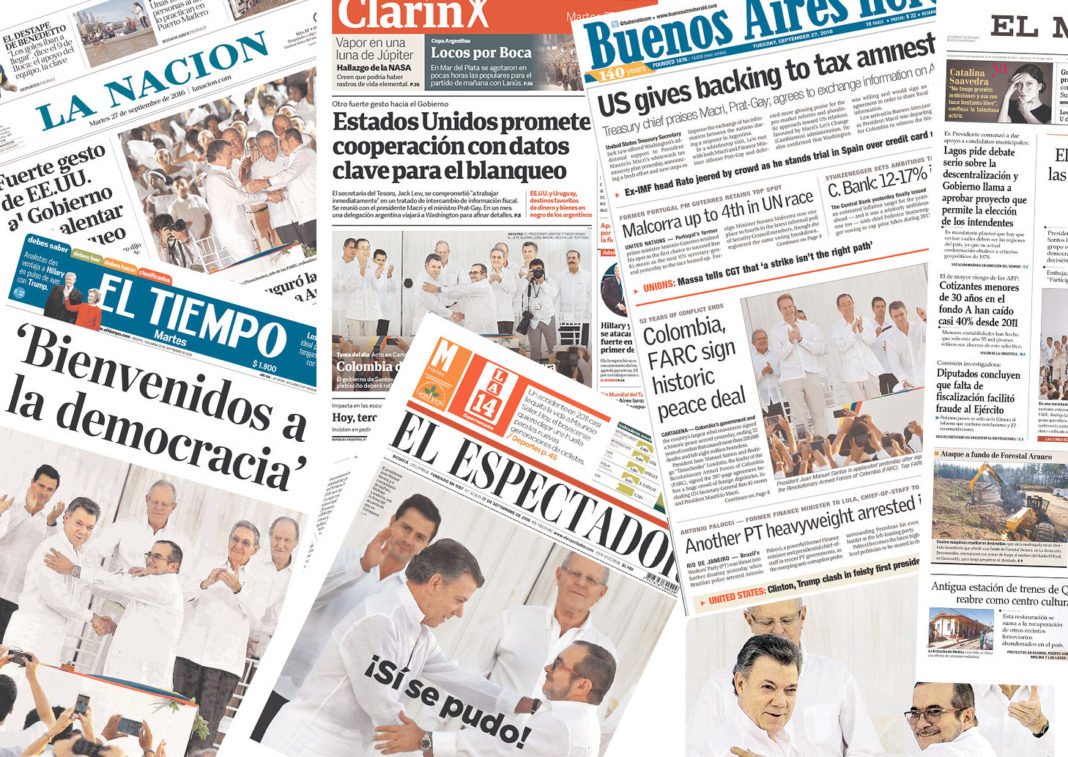 Throughout much of the world, the Colombian peace ceremony was given short shrift in the media. It didn’t receive front-page attention from hardly any major newspapers in North America or Europe — let alone Asia and Africa — but the monumental story of Colombia formally ending its war dominated Latin American news.

With the heads of state of most of the region’s nations heading to Cartagena to witness the historic accord signing between Colombian President Juan Manuel Santos and FARC guerrilla leader Rodrigo Londoño, alias “Timochenko,” publications from Mexico to Argentina splashed the news across their covers.

The lack of mainstream attention in North America can be attributed to the first U.S. presidential debate between Hillary Clinton and Donald Trump taking place the same night. Photos of Hillary and Donald dominated the frontpages of every newspaper across North America on Tuesday morning.

This mimics the poor timing for the Colombia peace process earlier this summer, when the ground-breaking announcement that four years of negotiations in Havana had concluded with an agreement was blown off the map hours later. The United Kingdom had shocked the world with a “Brexit” vote to leave the European Union.

The lack of coverage today outside of Latin America is undoubtedly also due to the confusion — both fundamental and logistical — about the peace process.

In practical terms, the fighting between the Revolutionary Armed Forces of Colombia (FARC) and the government began to subside after the guerrillas announced their unilateral ceasefire in 2014. The negotiations continued and a symbolic moment came in September 2015 when President Santos made a surprise visit to Cuba to announce that the deal was all but complete. Within six months, it would be final.

The six-month deadline came and went until. But eventually, after months of delay — and almost concurrently with the Brexit vote — the final points of contention were ironed out by negotiators in Havana. A mammoth, 297-page final agreement was completed in June 2016, and the Colombian military followed suit by making the ceasefire bilateral. And then, finally, after almost a year in the making from President Santos’ visit to Havana, the formal accord signing took place yesterday in Cartagena.

Lastly, there is still the matter of the plebiscite vote.

Like former U.K. Prime Minister David Cameron, President Santos, from the outset, said that peace was not something that could be declared by the government alone. The people must ratify the now-signed peace deal with a ”Yes” or “No” vote that will take place on October 2 throughout Colombia. In all recent opinion polls, the “Yes” vote is expected to win in landslide.

For many, this has simply been too sprawling and too opaque to cover — and that says nothing of the difficultly to understand the preceding half-century of conflict that ran the gamut from ideological struggle to terrorist senselessness.

The tedious complexity and logistical complications of the peace process have not dampened any of the outpouring of joy in Latin America, however. Outside of the two giant, English-speaking nations in the north, most countries in the Western Hemisphere have confronted militant Marxist guerrilla factions over the past half-century.

The Cuban Revolution has been the most widely understood. But nearly all have faced similar struggle — from armed factions on the left or right — and have seen the death, pain, and devastation that internal conflict causes.

Colombia just so happens to be the last one with an official war.

And because of what that means for a region that is now finally at peace, no bureaucratic complexity or fever over a presidential debate could overshadow this historic moment.

The solidarity of celebration for ending the last remaining symbol of a more-militant, more-terrible era that left almost no corner of Latin America unscathed can be seen today across the pages the region’s newspapers. 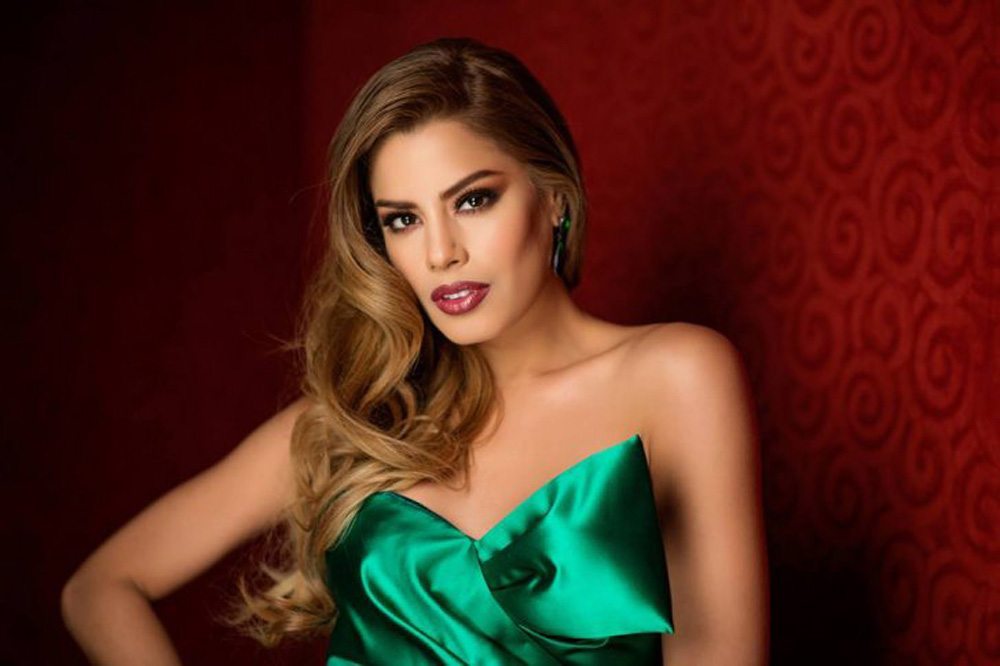