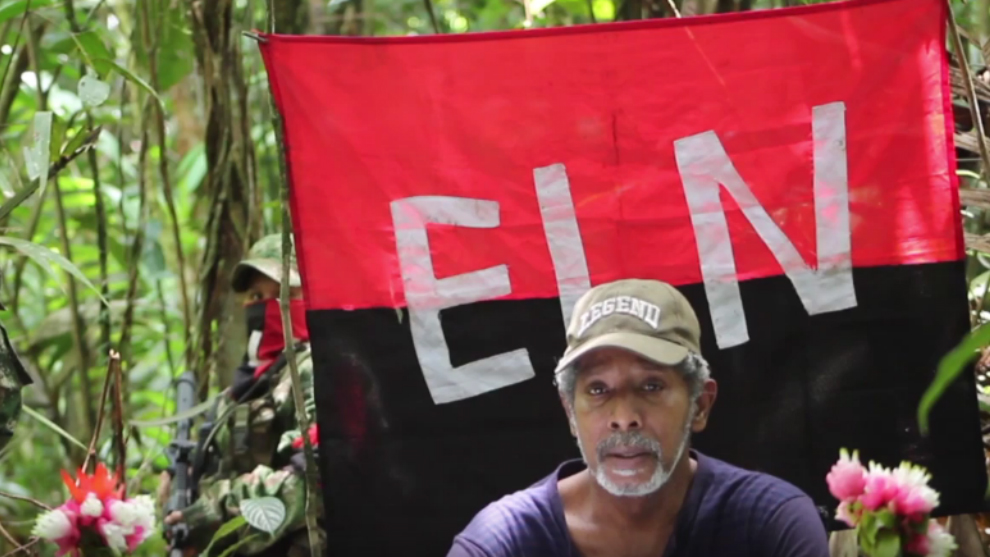 Colombia’s National Liberation Army (ELN) today handed over a hostage whose release was the final precondition for the government to sit down for formal peace talks with the country’s second largest guerrilla group.

Earlier today from Bogotá, President Juan Manual Santos confirmed that the transfer of Odín Sánchez, a 62-year-old former member of Congress, had taken place in the rural municipality of Bajo Baudó in the Chocó region. “At this moment, he is flying to his department, to his hometown,” said Santos this morning.

Sánchez came to be held by the ELN in April 2016 after he volunteered to enter captivity in place of his sick brother. In an interview with Colombian media while still being held, the former politician described the harsh conditions of his confinement. He noted that he had ailments that should be treated by a doctor, despite being relatively healthy both physically and spiritually.

He was reportedly turned over to Colombian authorities today at 10:30 am before landing safely in the department capital of Quidbo about two hours later.

The ELN only agreed to release Sánchez in exchange for the government freeing two of its guerrillas who were being detained in jail. Santos approved the amnesty today, of two rank-and file combatants – Nixon Arsenio Cobos Vargas and Leivis Enrique Valero Castillo – who were incarcerated at the Girón prison in the department of Santander. The ELN guerrillas were released during the morning while the operation to secure the release of Sánchez was underway.

While the ELN still holds at least one other known hostage, Colombian soldier Freddy Moreno, who the group admitted to kidnapping on January 24, the peace negotiations set to begin on February 7 in Quito, Ecuador, are still expected to proceed.

The discussions were originally scheduled to begin last October, but an impasse on the issue of detainee release caused the government to pull out of those plans.

Santos, speaking in the capital after the release of Sánchez, noted the importance of getting the talks underway with ELN now that the nation’s accord with the larger Revolutionary Armed Forces of Colombia (FARC) guerrilla group is being implemented. ”This clears the way for us to start another negotiation and to have a complete peace,” said Santos.