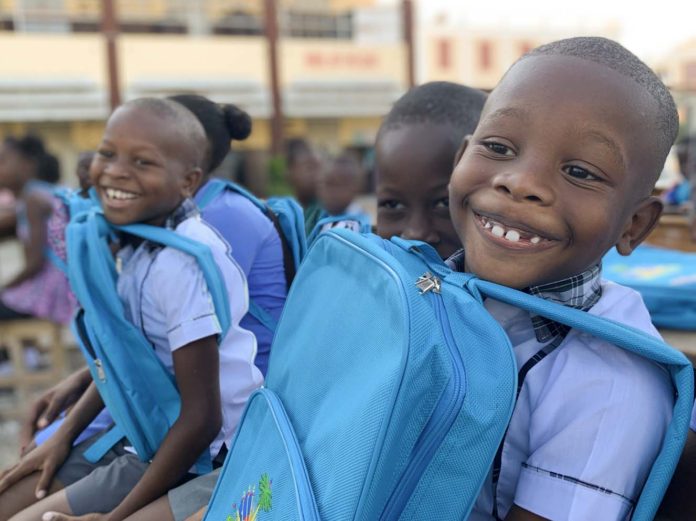 As thousands of Haitians continue on a perilous journey across the Darien Gap to reach the U.S southern border, more than a month after a devastating 7.2 magnitude earthquake hit the impoverished Caribbean nation, some 300,000 children are gradually returning to school.

According to UNICEF, an estimated 70 per cent of all schools in the southwestern part of the country are still either damaged or destroyed. “I am shocked to see how many schools are flattened or damaged due to the earthquake,” said Bruno Maes, UNICEF’s representative in Haiti. “The extent of the damage to school buildings is worse than we initially thought. Repairing or rebuilding these schools will take time and resources. However, with or without schools, learning and teaching must continue now. The longer children wait, the more difficult it will be to get them back to school.”

The earthquake has already delayed school reopening by a month. If classrooms remain closed, the UN agency estimated that more than 230,000 children are at risk of dropping out of school in the country’s so-called Great Southern departments. As a result of the earthquake, many families lost their incomes and are currently struggling to meet education expenses. Without guarantees of in-persons education, many vulnerable children will continue to be exposed to violence, abuse, exploitation, gang recruitment and forced migration.

A large number of Haitians crossing the expanse of tropical rainforest between Colombia and Panama, as reported by news sources in recent weeks, are doing so with women and children.

In some of the destroyed schools, the initial phase of the reconstruction work has begun and is expected to accelerate in coming weeks, should government resources be made available. About 150 new schools will be rebuilt and 900 temporary learning spaces will be set up progressively.

UNICEF has started the distribution of school materials in areas affected by the earthquake. In total, some 100,000 children will receive their own school kits as they gradually return to the classroom. “Amidst the current turmoil in Haiti, going back to the classroom in earthquake-stricken areas means much more than just resuming learning,” said Maes. “School is where children reconnect with their friends, overcome trauma and return to normality through play. The very first day at school in southwestern Haiti is the beginning of a new chapter in the life of children affected by the earthquake,” added the country representative. UNICEF needs to raise US$ 25.5 million to rebuild new schools, or repair damaged ones.