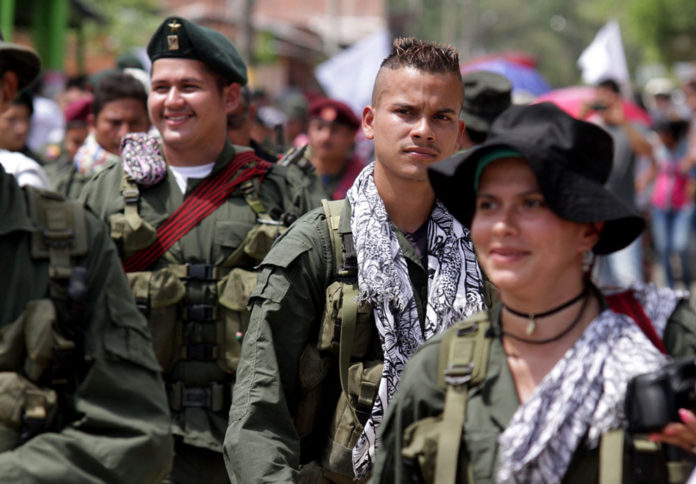 The Colombian government and Revolutionary Armed Forces of Colombia (FARC) guerrilla have agreed on a final deadline for the 7,000 combatants in 26 verification zones and final surrender of weapons to the United Nations.

In a televised address Monday night, President Juan Manuel Santos reaffirmed the commitments made in the final peace accord last November and which were ratified by lawmakers. “For no reason will we return to the terrible times of violence, fear, murder and massacres,” said Santos. “Colombia is leaving behind that story of blood and pain forever.”

According to an earlier deadline, FARC, should have handed over their weapons to the United Nations by this Tuesday, but given the slow implementation process, another 20 days are needed for the total hand-over of weapons.

“In a joint agreement with the United Nations and FARC, we have agreed that the arms hand-over will not end tomorrow as planned, but instead within 20 days,” said Santos. “The change in date does not in any way affect the firm decision and clear commitment of the government and the FARC to comply with the accord.” A senior FARC spokesperson, Jesús Santich, also expressed “unconditional support” to see the demobilization process end successfully. “We’ve shown with our patience that we are committed to peace,” said Santich.

FARC commanders had expressed to the government concerns regarding delays with the building of special housing for demobilized combatants in the 26 assigned zones, and obstacles with the release from prisons of convicted fighters who have been granted a reprieve under a special justice system.

“Having fulfilled these first six months since the signing of the Agreement, we can say without a doubt that peace is irreversible. Let us make peace for the benefit of our children,” said Santos. “We are going to do as we agreed. We will multiply the fruits of peace that we already feel and we will take them to all corners of the country.”

According the new deadline, FARC combatants will be allowed to remain in their camps until August 1, but after that, all must be integrated into civilian life.