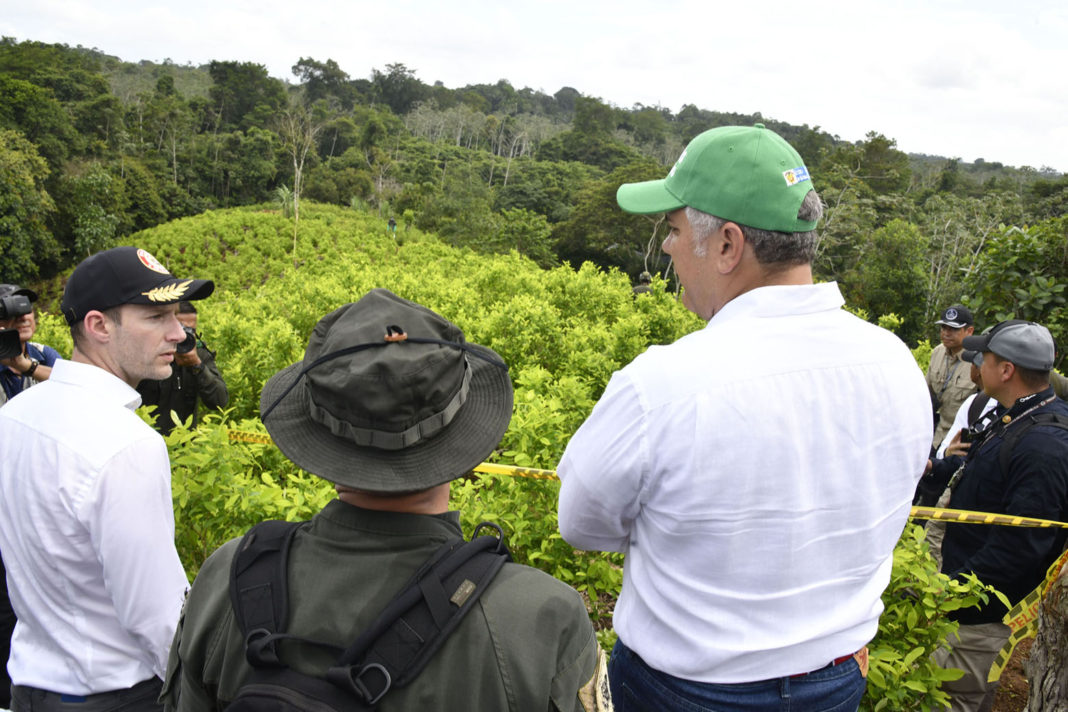 During a visit on Thursday to Colombia’s southern department of Nariño to see manual eradication of large swathes of illicit coca crops, President Iván Duque received from Adam Boehler confirmation that the newly formed International Development Finance Corporation (DFC) will fund U.S$5 billion in investment and cooperation in territories affected by illicit crops and drug trafficking.

Accompanied by Boehler, CEO of the DFC, and U.S Ambassador to Colombia Philip Goldberg, President Duque highlighted that these resources will be destined to departments in urgent need of development as outlined in the government’s Territorial Approach (PDET) and Future Zones programs. Duque also confirmed that the manual eradication of coca had met the target of 95,000 hectares set for 2019. “Today, with the visit of Mr.Boehler, we see the repeated commitment of the United States, under a historic alliance that we have, in the fight against drug trafficking and against terrorism,” said Duque. The DFC counts with U.S$60 billion to invest in emerging economies.

U.S Ambassador Goldberg, during the visit to one of the country’s most intensive coca harvesting departments, also stressed the on-going commitment of the United States Government to Colombia, adding: “We are with you in all efforts do eradicate, and produce a better life for the Colombian people.” Goldberg also delivered President Duque a message from President Donald Trump, thanking the Colombian head of state “for the friendship and relationship” that exists between the United States and Colombia, and “work being done in the fight against drug trafficking.”