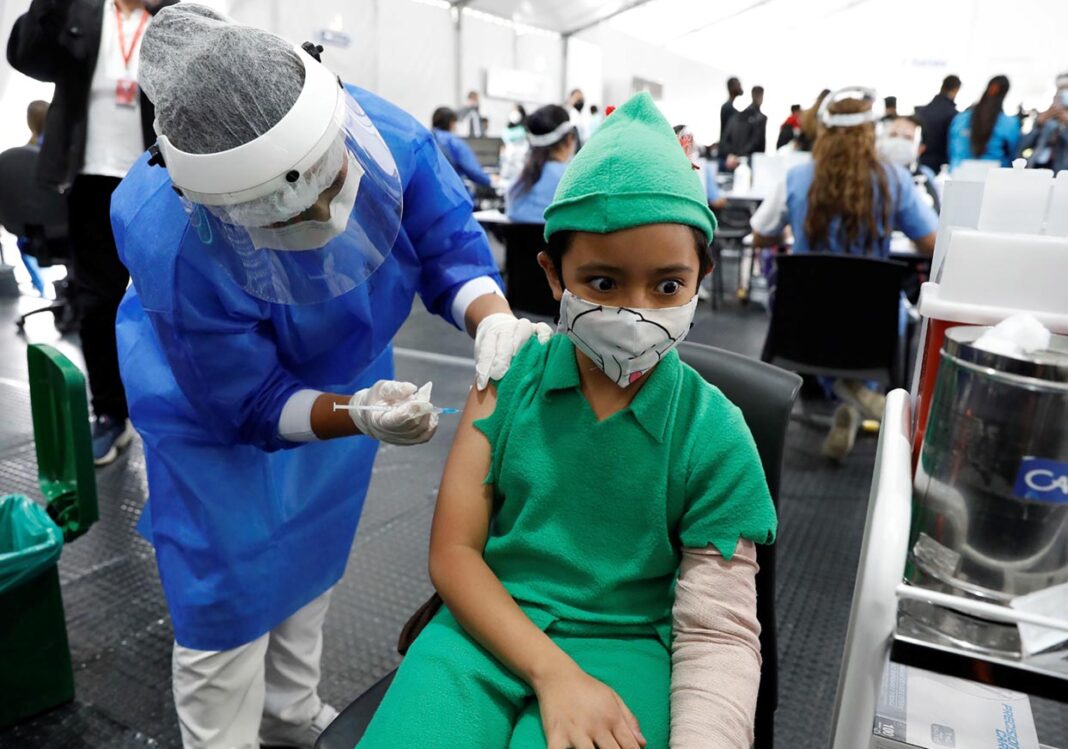 Colombia started on Sunday to inoculate youngsters between the ages of 3 and 11 against  coronavirus with first doses administered with the Sinovac vaccine. The start of a new phase in the vaccine roll-out comes as the country has registered a slight increase in new infections, with 1,710 registered by the Ministry of Health that day, and 1,590 cases on Monday. Health Minister Fernando Ruíz explained that the main objective of vaccinating children is to “reduce contagion to their families and achieve the important objective for a safe return to classrooms.” Many of the children who turned-up with parents to get their first jab were dressed in Halloween costumes.

All children will receive two doses of the Pfizer, Moderna, Sinovac or AstraZeneca vaccines 28 days after the application of the first dose. Bogotá’s interim Mayor Luis Ernesto Gómez estimates there are 831,000 boys and girls between the ages of 3 and 11 in the city. “We are betting on fully completing this age range (…) before the end of the year,” he said, adding that Bogotá is expected to have 80% of its total population vaccinated before the end of 2021.

On Sunday, the Ministry of Health surpassed 47.4 million doses given to the population, of which 21.2 million citizens have completed the full vaccination schedule. The total number of infections since the first case was confirmed in Bogotá on March 6, 2020, passed 5 million over the bank holiday weekend.

According to the daily bulletin from the Ministry of Health, the highest numbers of infections during the last 24 hours were reported in the department of Antioquia (329,), followed by Norte de Santander (197), Atlántico (162), Bolívar (141), Bogotá (136) and Magdalena (119). The country confirmed 30 additional deaths of which 24 occurred on previous days. On Monday, Bogotá confirmed one death from the virus, the victim, an 87-year-old male with pre-existing medical conditions. The death toll from the virus in Colombia stands at 127,311. 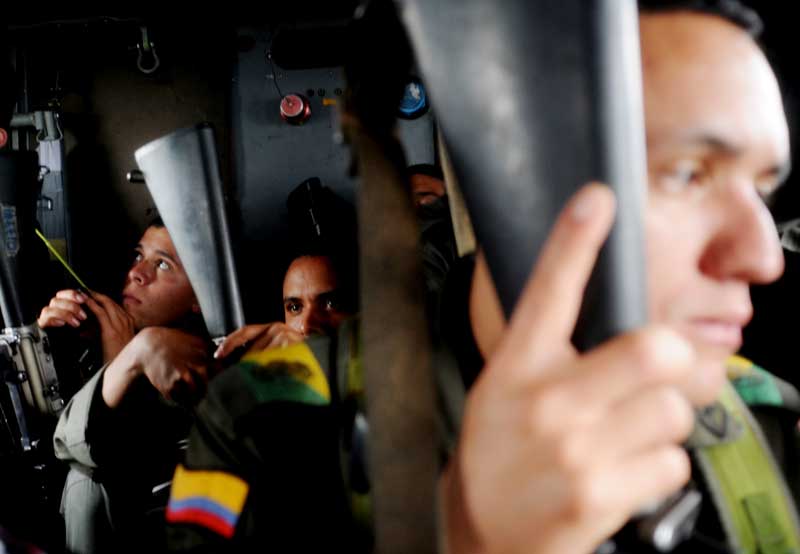 A war to nowhere