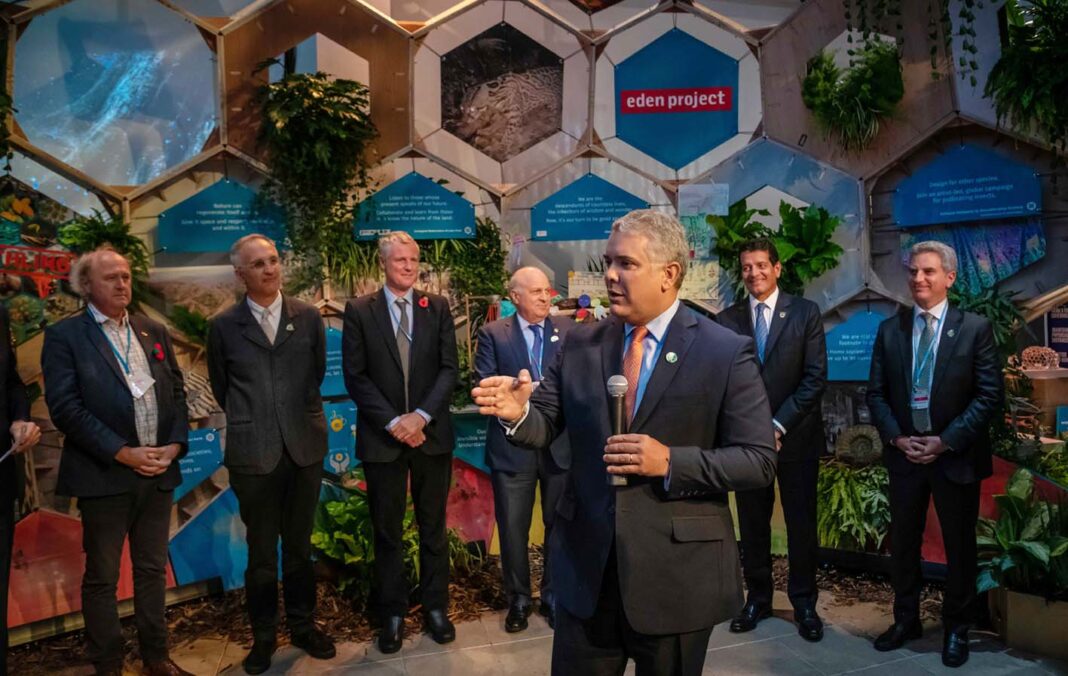 As the world looks to Glasgow and statements by world leaders on definitive climate change action at the UN’s COP26 Summit, far-reaching environmental issues, including sustainable agriculture, recycling, ocean clean-up and habitat conservation continue to be enacted at community levels by civic-minded and concerned citizens. Given the devastating impact of global warming on sea levels, deforestation caused by desertification, the Earth is on a dangerous track with every country increasingly exposed to natural disasters.

Despite a long track record as the second-most biodiverse nation on the planet, Colombia is also the most dangerous in the world for conservation, with 227 environmentalists killed in 2020 according to the most recent report by the NGO Global Witness.  This unequivocable contradiction for a country represented at the COP26 table also confirms the tragedy of this country’s conservation track record, and one of many issues raised by Nicolas Botero Wild in his first book Nuestro Desfío Ambiental. The book presents the perspectives of 19 Colombian experts – published as essays – on what are the most urgent environmental challenges facing the country, and broken down in nine chapters. The prologue of Our Environmental Challenge was written by academic Manuel Rodríguez Becerra who highlights that Colombia’s environmental “tragedy” is part of the global crisis, and that extreme phenomena, or the so-called “hot house path,” could become “catastrophic and beyond human control.” “The book is road map by respected voices who continue to search for a better environmental future,” affirms Botero, who returned to his native Colombia in 2019 after finishing his Master’s in Business Administration at Grenoble École de Management University (France). “The walks I did in my childhood to the countryside with my parents, and time spent in the archipelago of San Andrés, awoke in me a great passion for animals and nature,” adds the author. “But, it wasn’t until I reached age 30 that I realized how important it is to work in the field of conservation.”

The idea to write a book, according to Botero, began with investigating the history of Colombian environmentalists and their vast bibliography on conservation problems in the country. “I understood that there was no book that would deal with the impact of climate change and environmental crisis in Colombia in a way that is easy to understand and accessible to the general public,” states Botero. “What there is, is an abundance of specialized academic essays and scientific studies. My aim was to create a work that approached the environment from a general perspective, instead of a specific one, written in a plain and simple language,” he highlights.

The release of Nuestro Desafío Ambiental is timely given COP26, and ongoing global fallout of the coronavirus pandemic, which for Botero, are deeply interconnected. “The pandemic put our myopia as a nation to the test, showing us that planning is short-term. That is why we were not prepared to face the health crisis, just as we are not prepared to face climate change (…) which is much more difficult to navigate,” he said.

Botero’s claim that Colombia is slow to respond to long-term climate change strategies – or protect the lives of its many environmentalists – comes with the announcement by President Iván Duque that in 2050, the country will be a carbon neutral nation. The statement made during COP26 outlines climate change “as official government policy,” despite the reality that the current administration only has 10 months left in office. “We have to act now, the world expects nothing less,” stated President Duque from Glasgow. “There cannot be, at this time, disputes between countries, manifestations of mistrust, because there simply is no Planet B.” Among the agreements reached at the Summit is declaring 30% of the nation’s territory as “protected area” through state, private and global investment mechanisms. “It’s not a question of declaring 30% as protect areas unless there are innovative ways to connect green financing with these environments,” emphasized President Duque.