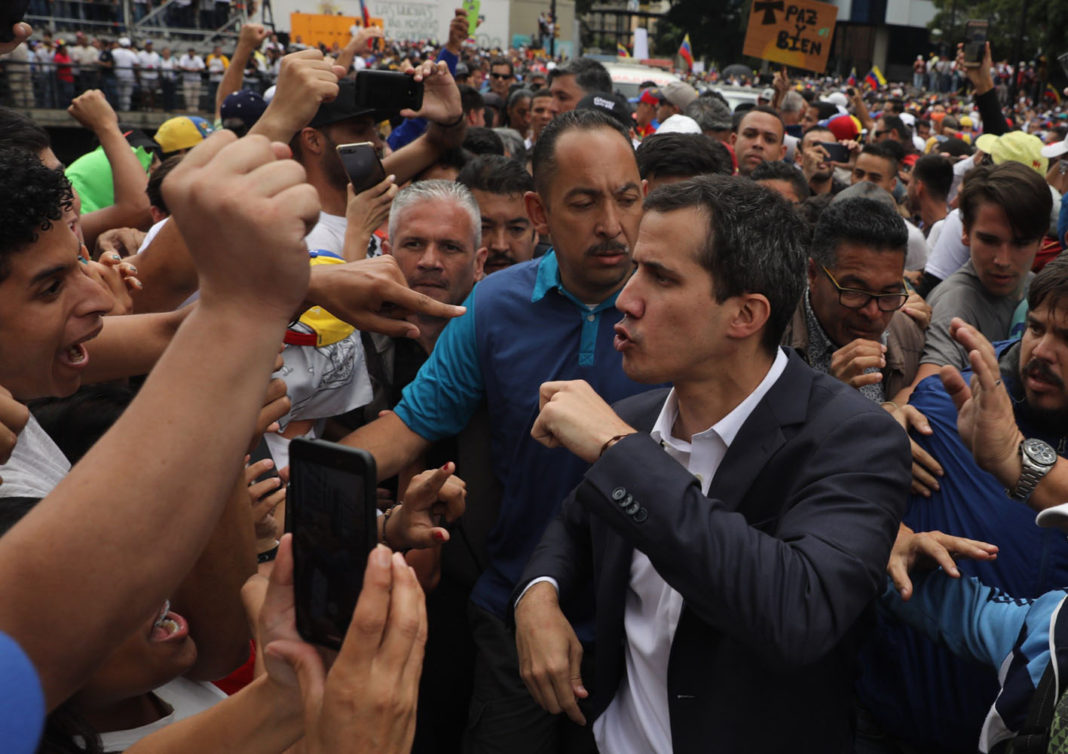 The Colombian Government in an official statement released by the Foreign Ministry has recognized Juan Guaidó as interim President of Venezuela.

Colombia’s support of the current president of the National Assembly comes on the same day as U.S President Donald Trump and Canada’s Justin Trudeau also recognized the 35-year old leader as the head of state. The statement by Cancillería also refers to the illegitimate government of Nicolás Maduro and “supports the start of democratic transition” in the violence and poverty-stricken nation.

As thousands of Venezuelans took to the streets across the nation Wednesday and largest protest since 2017, the Colombian Government called for new elections, “in the shortest possible time […] with the international guarantees and standards necessary for a democratic process.”

Minutes after Guaidó invoked a constitutional amendment that allows the President of the National Assembly to assume the powers of the executive, Trump wrote in a statement: “I will continue to use the full weight of the United States economic and diplomatic power to press for the restoration of Venezuela democracy.”

Attending the World Economic Forum in Davos, Switzerland, Canada’s Foreign Minister Chrystia Freeland also joined a growing list of nations backing the new presidency of Juan Guaidó, remarking: “So, let me say on behalf of Canada that we recognize and express our full support for the interim presidency of Venezuela assumed by the President of the National Assembly, Juan Guaidó, in compliance with the constitution of Venezuela.”

As a political newcomer who has challenged the failed economic policies of Maduro, Guaidó was elected president of the Venezuelan Congress on January 5, 2019 and youngest person ever to hold the position.

Colombia hedged, but not immune against advance of coronavirus

After 52 years of war in Colombia, Bogotá declared the ‘City...