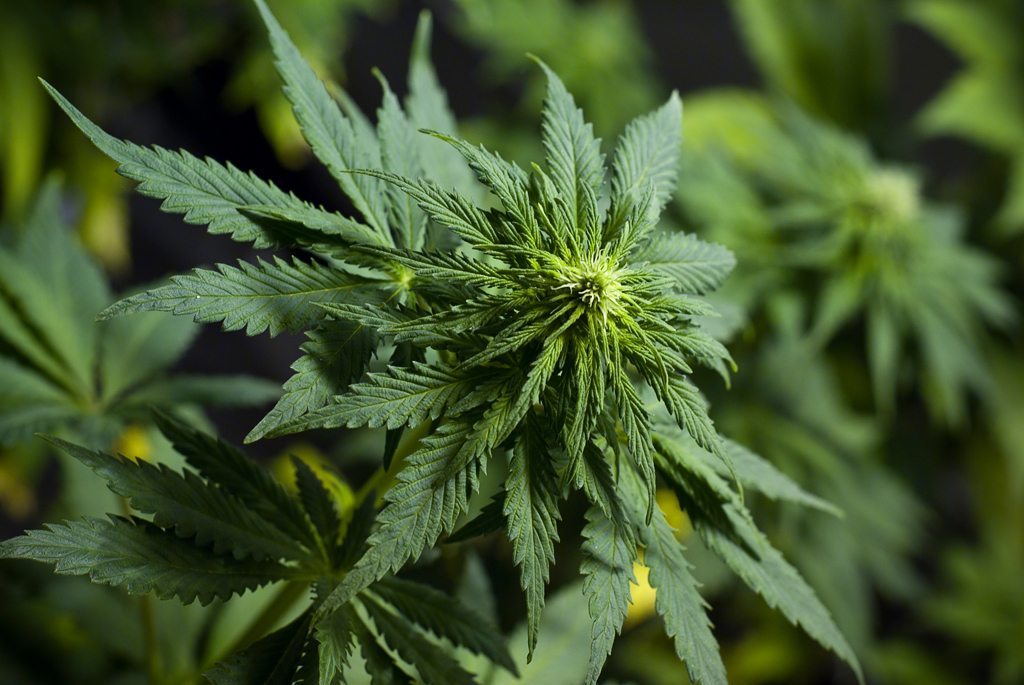 Colombia legalized medicinal marijuana last December, and this week it officially awarded its first license to manufacture cannabis products. For now, PharmaCielo becomes the nation’s lone approved company, but President Juan Manuel Santos’ administration sees this as a growth segment in a nation that is looking to diversify its economy away from oil and coal.

“Colombia may be the winner of this emerging market of medicinal marijuana,” said Alejandro Gaviria Uribe, Colombia’s health minister, in a press conference. “This will result in more jobs in our country and greater prosperity for the communities and municipalities where this industry is situated.”

Gaviria expects PharmaCielo Colombia Holdings, the Rionegro-based subsidiary of Canada’s PharmaCielo Ltd, to be one of several producers to be granted licenses in the coming weeks, according to a Wall Street Journal report. More cultivation licenses will follow later in 2016, he says, and by next year select medicinal marijuana products — including cannabis extracts, resins, and oils — will be sold within Colombia. There is currently no set limit to the number of companies that can receive licenses.

In a nation that was a pioneer in growing and shipping illegal marijuana to the United States decades ago, not to mention the more infamous narcotics produced in Colombia, the government is highly sensitive to the perception of legal weed. President Santos has stressed his ongoing commitment to fighting illegal drugs, and the minister maintained that the approval process and regulatory oversight for the medicinal industry will remain stringent.

“It is a controlled substance,” said Gaviria. “One cannot ask for a cultivation license if it has not previously specified what they are going to do with the plants that are going to be cultivated.”

Santos established a legal framework for the regulation of medicinal marijuana on December 22 when he signed Decree 2467. According to the PharmaCielo, on February 2, it was the first company to apply for a license to grow and process medicinal marijuana extracts through the Ministry of Health and Social Protection.

Logistically, there is still more red tape ahead for the company. The manufacturing license approval paves the way for the firm to apply for a cultivation license with the National Council on Narcotics. But the hurdles cleared already bring “the company one step closer to becoming a fully integrated licensed grower and manufacturer of cannabis oil extracts,” according to PharmaCielo.

Even prior to legalization, PharmaCielo has been working towards this day. In 2014, the it established a relationship with the University of Antioquia in Medellín to work together on cannabis research and development activities. Like the Santos administration, the company believes Colombia’s tropical climate provides vast growth opportunities.

“The process laid out by President Santos is almost complete, and we are pleased to have been granted approval at this important stage,” said Jon Ruíz, president and CEO of PharmaCielo. “This approval brings us that much closer to our goal.”

According to proponents of legalization, the medicinal marijuana industry in Colombia could become big business. Decades of illicit production have proven how well the nation can produce the crop, and Bogotá would welcome the new windfall of tax revenue as it continues to operate under budget austerity. The slumping price of oil has slashed royalties coming in from the energy sector, and this has coincided with a peso devaluation that is straining the federal government’s investment and operational plans.

In the United States, where medical marijuana is legal in around half of the country’s 50 states, the segment generated $2.7 billion in sales in 2014, according to the Oakland, California-based ArcView Group. Even more encouraging is the growth: that vast sum represented a 74% growth over the $1.5 billion sold in 2013.

On top of the economic potential, Santos has stressed how cannabis can help Colombians suffering from a variety of diseases and ailments. “Today, Colombia took an important step into the vanguard of the fight against sicknesses,” said Santos in a statement after formalizing an oversight process for the new industry last year. “We want to facilitate the research and production of medications created from cannabis, just as we do with any natural element that can provide relief from sickness and pain.”

Studies have shown that medicinal marijuana can be an effective treatment for cancer, HIV, multiple sclerosis, Crohn’s disease, seizures, epilepsy, and nausea, among other conditions.