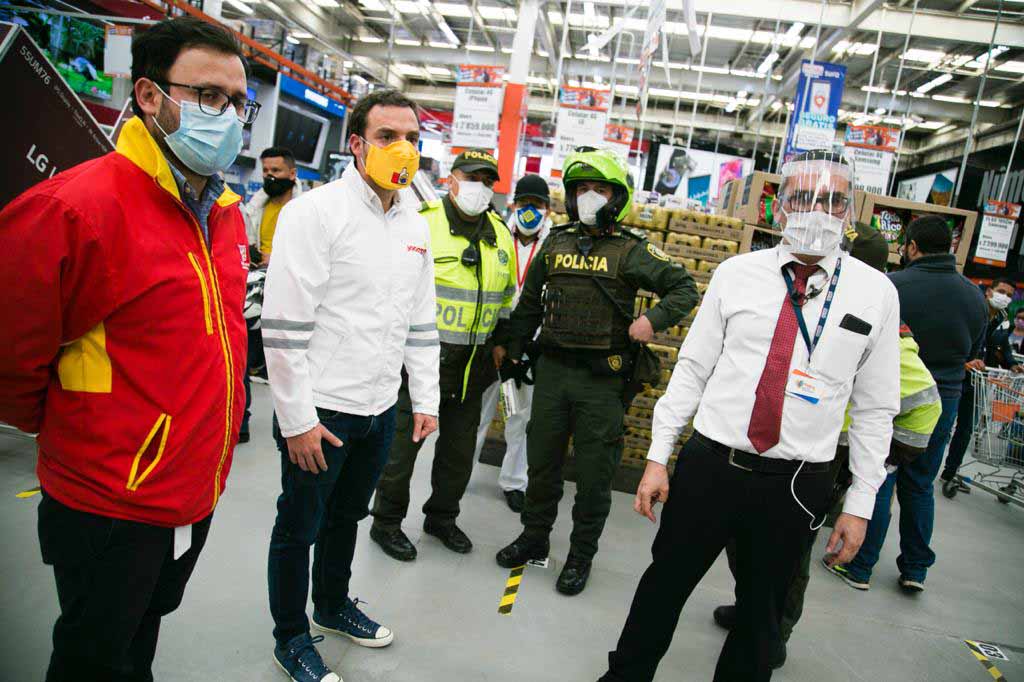 Colombia faces critical days ahead in the fight against coronavirus, as new cases broke a record on Thursday, with 3,171 additional infections, putting the nation’s total above 60,000. As the country completes three months of Obligatory Preventive Isolation, with the easing of quarantine, the National Institute of Health has also increased its PCR testing and processing capacity among populations exposed to the virus. But results on Thursday are hardly encouraging that the rate of transmission is decelerating, having climbed from 1.3 after many weeks to 2 – or 20 infected for every 100 persons. This number is reached by dividing new daily cases by PRC tests processed (15,391).

The death toll on Thursday also took a turn for the worse, with an additional 86 fatalities, in almost every major city, among the worst impacted Bogotá, Barranquilla, Cali and Cartagena. The Colombian coast continues to the epicenter of COVID-19 mortality, with 52 deaths on Thursday, or 60% of the day’s national total. The majority of deaths occurred in the department of Atlántico, whose capital is Barranquilla. Bogotá also saw a spike in new cases with 785, almost doubling daily numbers in June.

The surge in new cases came a day before the national government authorized the first No IVA Day (IVA: Sales Tax), and one of three scheduled to encourage consumers to purchase electronics, electric vehicles and school supplies. As of Friday morning, throngs of shoppers filled department stores to buy flat-screen TVs, computers and personal accessories. Images of crowds packing retail outlets without social distancing have caused outrage on social media, despite stern recommendations from the Ministry of Health for shoppers to follow biosecurity protocols – and preferably – take advantage of discounted items by purchasing them online. Colombian value-added tax is 19%.

While those with a cédula (state identification number) ending in an even number are allowed to enter shops on Friday, June 19 – including banks, supermarkets and pharmacies – those with cédulas ending in an odd number, are barred from all commercial activity. This measure, known as Pico y Cédula, applies to all Bogotá residents and comes on heels of a similar district decree that separated by gender – Pico y Género – who could shop for essential products and who couldn’t. Decree 106 was police enforced during much of April’s strict quarantine.

Images of popular department stores Alkosto and Makro teeming with shoppers shoulder-to-shoulder are undermining efforts of many Colombians who are staying safe at home to stave-off more quarantine extensions and very real possibility that ICUs reach maximum capacity.

No IVA Day is a short-term measure to invigorate retail after months of closure, and one of many sectors the government needs to reactivate after a disastrous economic fall-out with COVID-19. While the National Health Emergency remains in effect until August 31, President Iván Duque is accelerating the economic engine as Bogotá Mayor Claudia López pulls the handbrake to avoid peaking the epidemiological curve.

On Friday, López lashed-out at the government on Twitter stating: “The National Government, that has not complied with the delivery of one single UCI ventilator, is causing the greatest agglomeration in Bogotá today […] to increase sales, yet lower lives? What folly! They don’t care and they do harm!”

Bogotá’s Government Secretariat Luis Ernesto Gómez ordered the closure of two Alkosto mega-outlets given crowds and the company’s disregard for social distancing. “By promoting a tax-free day people think that they will gain the discount of their lives, but end up losing their lives over a discount,” he said.

But the peak for COVID-19 in the capital could still be months away, and the more the mayoralty reengineers citizen restrictions, the more Bogotanos want to get ahead of the queue with restarting their lives.