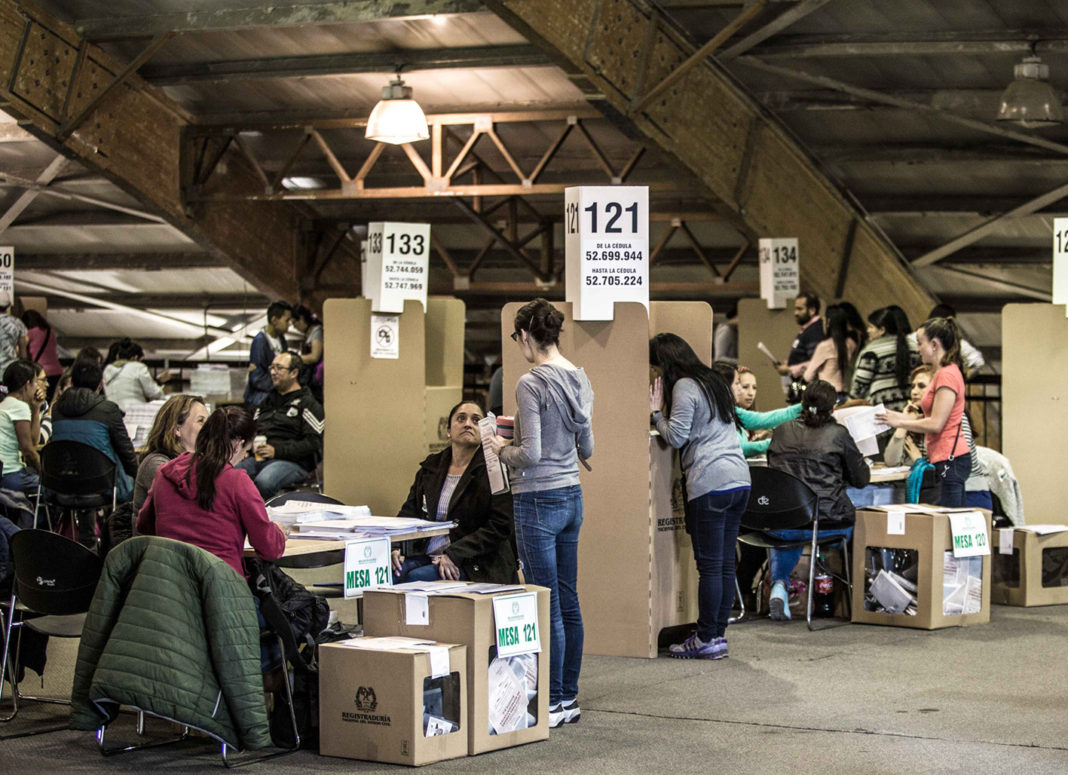 The Bogotá mayoral race is picking up momentum ahead of the crucial October 27 vote with eight candidates so far launched.

While each candidate brings to the race experience in public service and has the chance to clinch the second most important political seat in the country, several names are emerging as favorites to take the Palacio Liévano.

The other candidates who are trailing so far are Hollman Morris (Mais), Jorge Rojas (Colombia Humana), Luis Ernesto Gómez (Activista), Celio Nieves (Polo), and María Andrea Nieto (Voy por ti Bogotá). According to the pollsters, the blank votes – or “none of the above” – is a mere 3.6%.

Political punditry is fickle and even though Claudia López is a top-of-mind candidate, it is too early to predict the many alliances that will be forged to erode López’s lead, before official endorsements by the party heavy-weights (Liberal, Conservatives and Cambio Radical), and media are done.

Every four years Bogotá’s future seems to hang in the balance, and this year is no exception with a race as contentious as four years ago when current mayor Enrique Peñalosa ended with three administrations of left-wing mayors militating with Polo Democrático – one of them, Samuel Moreno Rojas, serving a prison sentence on corruption charges. Then, there was Gustavo Petro who was twice removed from office by court orders after alleged irregularities with the city’s garbage collection system surfaced. Yet, despite the many scandals attributed to his leftist administration of Bogotá, Petro still ran for president in 2018 under the Colombia Humana Flag, but lost by a narrow margin to Iván Duque, and leads the opposition from the Senate.

Claudia López has consolidated a lead due to her anti-corruption agenda, vocal criticism of the current administration and strong popularity among young women and LGTBI voters. With a Finance degree from Universidad Externado and a Masters in Public Administration from Columbia University in New York, López has proven she can navigate turbulent ideological waters, but for many, remains politically incoherent and divisive: having thrown her support behind Gustavo Petro for president during the last general elections. López faces the difficult challenge of keeping the lead with five months to go in the race, and with the many undecided voters out there, her first poll numbers will most likely begin to decline as another movement takes shape: “Everyone against Claudia.”

The youngest son of Luis Carlos Galán (the New Liberal presidential candidate who was assassinated by the Medellín cartel in 1989), Carlos Fernando Galán is a pragmatic, well-liked former Senator of Cambio Radical and experienced journalist whose surname inspires confidence and admiration. Running as an independent, despite most Colombians remembering his father as the founder of the New Liberal movement, and a prominent leader to emerge in the 20th century, Carlos Fernando’s plan for Bogotá is to build on the efforts of the Peñalosa government with the metro, expand the public parks system and reduce the homicide rate. Claiming to be neither a candidate of the right nor the left, the self-effacing 42-year old has remarked on the campaign trail that populism remains a threat to getting things done, when politicians “promise that which can not be accomplished.”

Luis Eduardo Garzón commands admiration across generational lines for his term as the city’s first leftist Mayor (2004 –2007) and politician from Polo Democrático who championed social programs. Since the early days of “Bogotá without indifference” Garzón (known as “Lucho”) has maintained a strong base of support with union groups, the education sector and working-class households. Garzón served as Minister of Labor during the government of Juan Manuel Santos. Even though “Lucho” has the experience to assume a second term as mayor of Bogotá, his third-place standing in the polls could result in an eventual move towards the Galán camp, as both candidates share similarities when it comes to expanding social programs.

Angela Garzón Caicedo is a Bogotá lawyer and official candidate of Centro Democrático. As the daughter of Juan Manuel Santos’ former vice president Angelino Garzón, Ángela is an international relations expert and someone with credentials in both the private and public sectors. But, is Bogotá ready to elect a mayor from the same party as President Iván Duque? Perhaps not. This by no means minimizes Garzón Caicedo’s experience, but she will be scrutinized by the electorate for her role as director of the International Relations Office during the short-lived administration of Samuel Moreno. Representing the Uribistas in City Council, the 42-year old Garzón Caicedo has been of a strong supporter of many of Peñalosa’s mega-infrastructure projects, including TransMilenio on the Séptima, but Bogotá’s electorate is more to center-left than conservative, and this could prove itself true on election day.

Miguel Uribe Turbay was a boy when he lost his mother, the respected journalist Diana Turbay, during an alleged rescue attempt by the National Police after a five-month kidnapping by the Medellín cartel. As the grandson of President Julio César Turbay, Miguel inherited a vocation for public service and became a city councilor in 2012. The Universidad de Los Andes lawyer quickly gained admiration from Bogotanos, as well as his share of critics for challenging the heavy-handed policies of Gustavo Petro. Miguel tows the Liberal party line, and most recently, held the office of General Secretary of the Peñalosa administration.

Running also as an independent under the Avancemos movement, even his opponents acknowledge his performance on the job. Being the youngest of the candidates, he has more experience than many in public office, having also held the presidency of the City Council. Miguel has already received the endorsement of important political commentators, including Semana’s María Isabel Rueda and Liberal Party. As someone considered by many the “wild card” of this race, Miguel is also the candidate to watch, rising quickly through the political rank-and-file to mount the real contest against Claudia López. 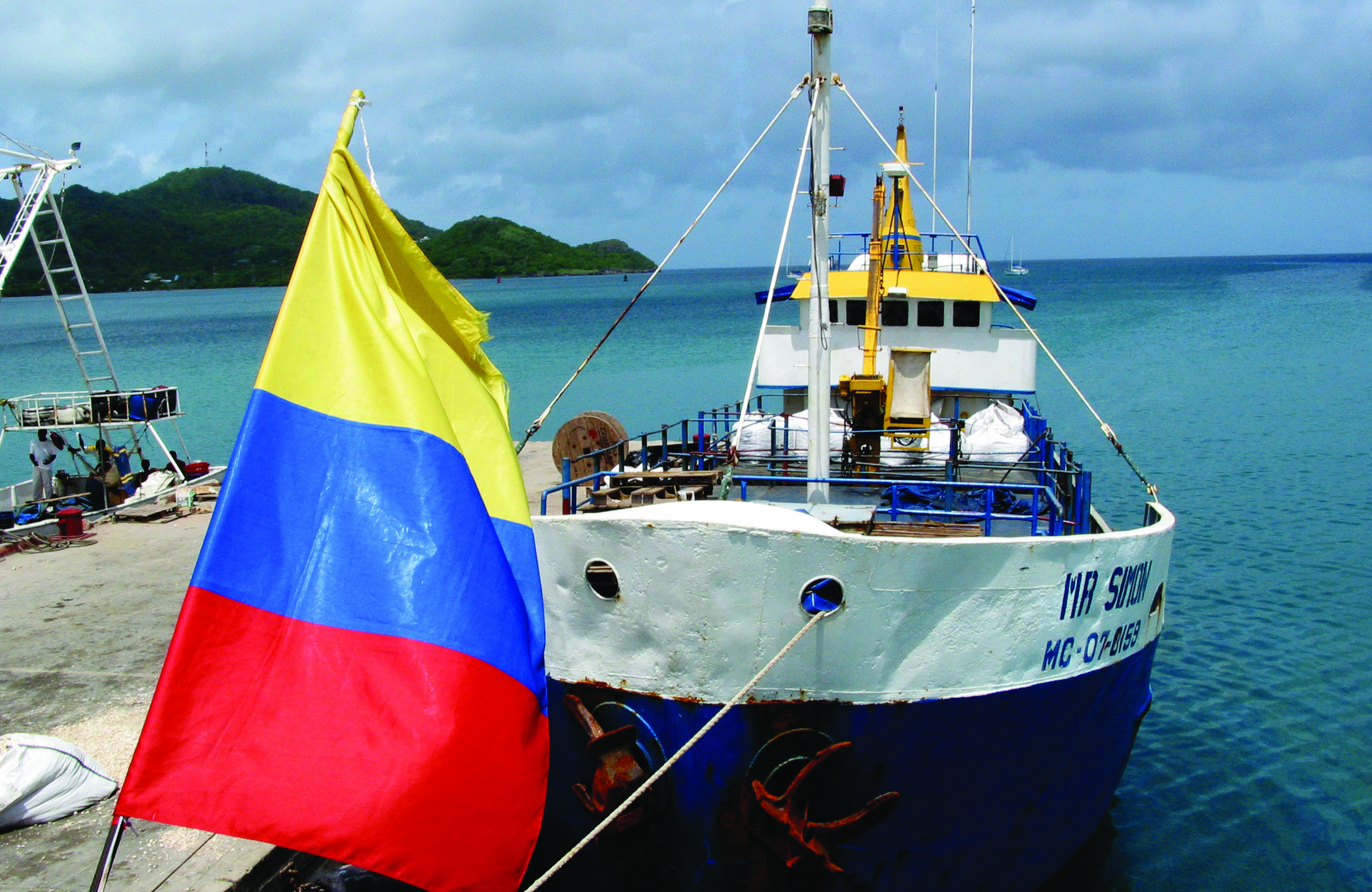 Islands caught in the storm