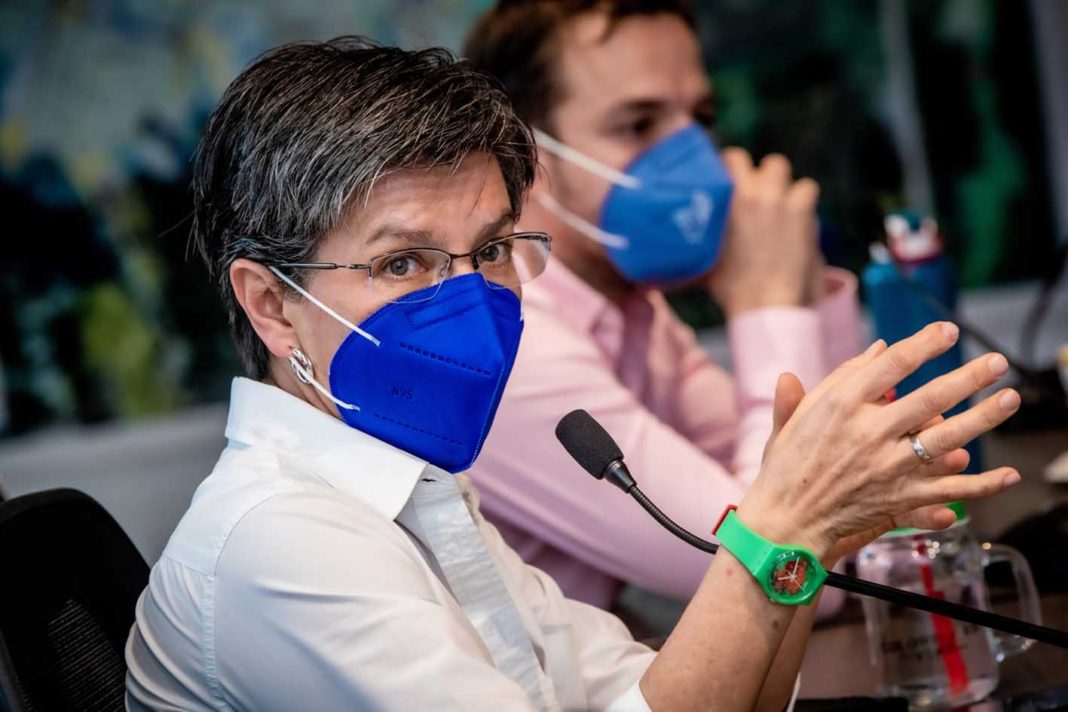 Bogotá Mayor Claudia López came through on her word that should ICU occupation reach 90% Sunday, additional health measures would be introduced. In a very to-the-point media briefing, after the Colombian capital registered 73 deaths from COVID-19 of the worst day for Colombia with 465, Mayor López confirmed that of the capital’s 2,530 ICUs only 241 are available (90.5%).

“Bogotá faces the two most difficult weeks of the pandemic,” stated López, before striking a personal tone with the recent surge in new cases and deaths. “We are going to face the most difficult two weeks of our lives.”

The first measure announced by the Mayoralty is the closing as of Monday of all educational institutions, including daycares, with classes returning online. All shops in the city must also close at 7 pm to allow workers sufficient time to reach their homes before the start of curfews that will be enforced every night from 8 pm to 4 am. The declaration of a general Red Alert also includes a ban on all alcohol sales except for home delivery. Ley Seca is accompanied also by the mobility restriction Pico y cédula that limits the number of people that can enter shops and supermarkets based on the last digit of the identity card.

López also confirmed two additional strict quarantines for Bogotá starting midnight Thursday, April 29, to 4 am Monday, May 3; and again from Thursday, May 6 to May 9.  After emphasizing that Bogotá “must get through the next two weeks with the ICU capacity it has,” the district’s highest authority also prohibited all gatherings and demonstrations ahead of the planned protests of the National Strike – Paro Nacional – on April 28. “Marches and crowds during this peak are an assault on life,” added López. “Social and political leaders who are campaigning, are also part of this city, and this society, and cannot increase the risk , but must help mitigate it,” she said.

Even though constitutionally no elected official can prohibit public protests, the country’s unions and Strike Committee are planning to go ahead with marches in every city despite a warning also by the Ministry of Health’s chief epidemiologist Julián Fernández. “All sectors of society must maintain self-protection measures […] and shared responsibility of the country’s health system,” he said in an official statement. “We must be consistent to mitigate the impact of the third wave,” highlighted Fernández. “Protecting everyone’s health, and avoiding contagion, is to protect life. The effort in fighting the pandemic belongs to everyone, from all places and social visions. The commitment to life must be a common objective,” he said.

Río Bogotá gets a new lease on life with massive clean-up...