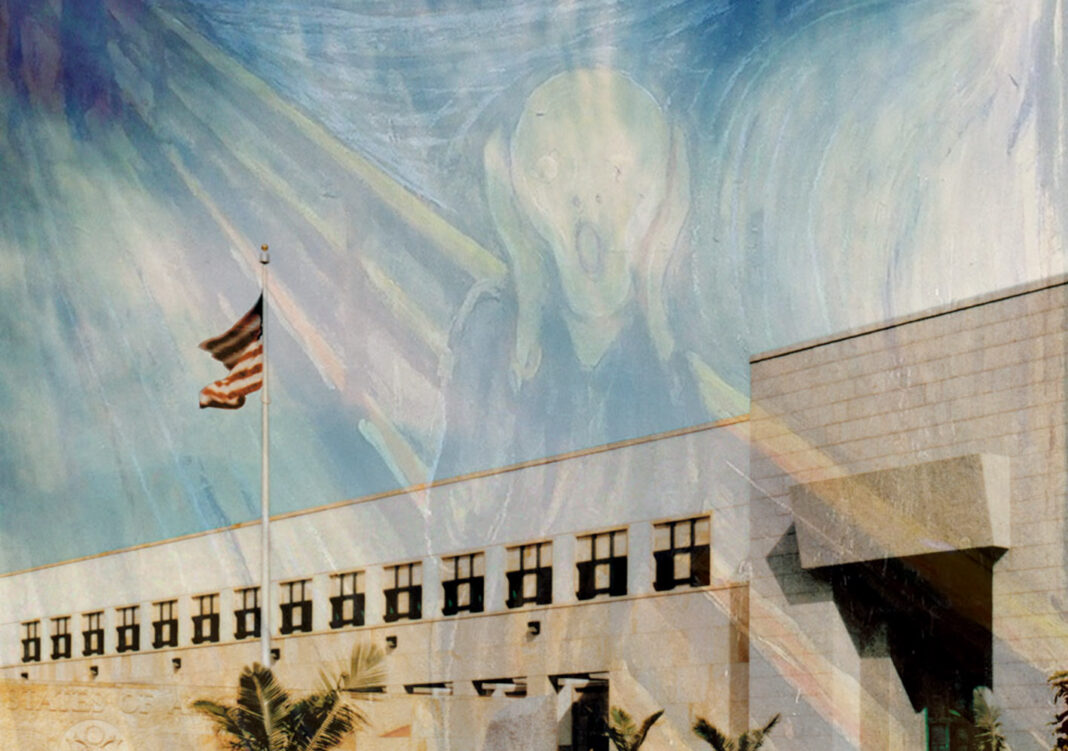 A story in the Wall Street Journal claiming that “at least five American families” living in Bogotá, with close ties to the U.S Embassy, have been diagnosed with symptoms similar other patients of  “Havana syndrome” prompted Colombian President Iván Duque to issue a statement from New York, on the last day of an official visit to the United States. “We have knowledge of this situation, but I want to leave it to the U.S authorities, who are doing their own investigation to clarify this situation,” said Duque.

According to the WSJ, Embassy staffers were alerted by an internal email in September of “an unexplained health incident,” and “additional Anomalous Health Incidents” earlier this month. News that there may have been a targeted attack against personnel working at one of the largest U.S Embassies in the Western Hemisphere comes days before U.S Secretary of State Antony Blinken will visit the heavily-guarded compound next Wednesday, and visit that includes a meeting with vice-President Marta Lucia Ramírez and President Iván Duque.

The Bogotá incident comes also a week after staff at the U.S Embassy in Berlin alerted officials of symptoms relating to this mysterious illness, and which include dizziness, fatigue, headaches, and vomiting. European media outlets claim that the alleged sonic attack began in August. Some 200 diplomats and intelligence officials have fallen sick with the neurological illness since the U.S Embassy in Havana was allegedly targeted by a sonic waves in 2016.

The largest outbreak of “Havana syndrome” was detected at the U.S Embassy in Vienna, where in July, 20 members of the diplomatic community reported health problems. “Anomalous incidents” have also been reported in China, Uzbekistan and United States.

Given the growing number of “Havana syndrome” cases, U.S President Biden signed a bipartisan bill to financially help all government personnel believed to be afflicted with the disease. “We are bringing to bear the full resources of the U.S. Government to make available first-class medical care to those affected,” highlighting also that his administration is investigating who may be behind responsible.

For diplomacy expert and military strategist Richard Gabriel Ertsey, the Bogotá outbreak points to involvement by geopolitical players beyond the hemisphere. “The type of weapon introduced here is completely different than IEDs and snipers from rooftops,” affirms the former U.S Army combat medic who was deployed to Mosul, Iraq, in 2006. “It’s a non-lethal military weapon used against non-combatant staff,” he said.

The Army veteran who witnessed the deaths of several companions while securing the city of Mosul from the advance of Islamic Front, claims the technology used to cause “Havana Syndrome” is the “most sophisticated out there.”