The first explosion is bound to make you duck and cover. You look around, expecting to see someone injured, but instead see people cheering wildly, looking proudly at the flaming cardboard triangle their team just struck from across the room. Welcome to Tejo – Colombia’s national sport.

Like many favorite backyard or bar games around the world, Tejo is a team sport that involves launching projectiles to hit a target. Think horseshoes or Bocce ball or shuffleboard. But the Colombian version comes with a dash of danger that’s bound to set adventure-seekers’ hearts aflutter.

In addition to the pyrotechnics, players need to keep their wits about them as dozens of people toss discs that weigh from about one to two pounds each in opposite directions across the room.

Tejo veterans consistently hit their marks, but novices are far less reliable, particularly as the night wears on and groups consume the crates of beer that are delivered to the teams.

The object of the game is pretty simple: members of two teams throw metal discs called tejos about 18 meters across the room to a clay “cancha,” or field, with a metal ring in the center that serves as a target. On the target are little “mechas,” paper triangles filled with explosives that go off with a big bang when they’re hit at the correct angle. Teams can score points by getting their tejos in the center of the ring, for igniting the mechas or for having the Tejo that landed closest to the center.

For those who can’t handle the full 20 meters of distance (including this reporter), mini-tejo offers a shorter distance for beginners. That field is about 12 meters across and is a respectable alternative for people who haven’t yet built up the muscles for slinging heavy objects across a warehouse.

Regardless of what type of Tejo you play, expect to end the night filthy. The tejos lodge deep in the clay fields, and you’ll be forced to dig yours out more than once during a match. Meanwhile, you’ll be within range to get splattered from clay from nearby fields.

Many Tejo halls feel a bit like boys clubs, with male players outnumbering women and public urinals scattered around the fields (they’re caged in to protect users from errant tejos). But plenty of women also play recreationally and in competitive leagues.

Foreigners visiting Colombia are often enthralled by the sport, and some hostels in Bogotá advertise group excursions to play. Tejo was even featured in a recent documentary from U.S. celebrity chef Anthony Bourdain as part of his CNN ‘Parts Unknown’ series.

For many Colombians, Tejo is serious business. The country is full of leagues for men, women and youth alike who participate in high-level competitions across the country.

It’s commonly known as a working-class game, often played by groups of men after work or on the weekends in halls across the country. Still, it’s widespread – nearly 90 percent of the Colombian population has played at some level, according to Colombia’s Secretary of Culture, Recreation and Sports. “Now, the whole world plays. In the businesses … everyone plays, the boss, the staff, the secretary, everyone plays,” said Jose Vicente Castro, former president of the Tejo league in Bogotá.

Colombia’s government declared Tejo the national sport in 2000, but it has a long history in Colombia. It’s widely believed to date back more than 500 years, when the Muisca indigenous groups in Cundinamarca and Boyacá would play the game with discs made of gold.

Castro and other Tejo aficionados are trying to change its image in popular culture from a rowdy bar game to a serious sport with a rich history. “Here, one who doesn’t like Tejo says, ‘No, this is a sport of drunks’… There is a lack of appreciation for our sport,” he said. But, he added, “People must learn to love Tejo because it is the national sport.” 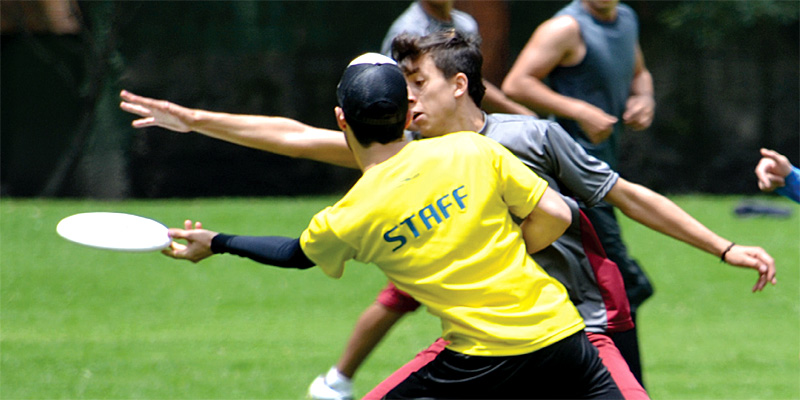