What was José Pékerman thinking?

After a thrilling game that featured two goals in the first seven minutes — and three more after that — the coach’s strange lineup decision is what resonates the most. Instead of starting his top talent, he opted to sit his best guys and put a team of young, inexperienced players on the pitch.

The backups played poorly and surrendered a goal just 90 seconds into the match. They managed to tie it up soon after. But a costly mistake left them trailing again when Frank Fabra, who had previously played just six games for country, accidentally put the ball in his own net.

It wasn’t just the one-goal deficit that a reeling Colombia team had to overcome. The first 45 minutes featured a mistake-ridden defense that was exposed further a disorganized mess of a midfield. This left Los Cafeteros out of sorts and Costa Rica brimming with confidence heading into the break.

Pékerman called in the cavalry. But even with James Rodríguez, Edwin Cardona, and Juan Cuadrado coming on in the second half, the team never reached top form. Too many second-rate reserves were playing alongside the stars, and a fully functioning attack never materialized. Colombia gave up another goal at the 58-minute mark to fall down 3-1.

To James and company’s credit, the final 20 minutes consisted of nothing but Colombian possession. Cardona and James were the best playmakers on the field. They had Costa Rica on its heels, and Cuadrado came through with a wonderful pass into the box that youngster Marlos Moreno surgically shot past the keeper into the lower right corner. They managed to get one goal back, but time expired before the team could salvage a draw.

So Colombia now finishes second in the group behind the United States. Going into its matchup with Costa Rica — a team with no chance to advance and nothing to play for — Pékerman’s team had already clinched a berth in the knockout round. It even sat atop the group standings at the time the coach submitted his lineup card an hour or so before kickoff. But with the United States gutting out a 1-0 win over Paraguay, Colombia needed to win or tie its final match to finish first in the group.

Since the top two teams both move on, this loss to Costa Rica isn’t a catastrophe. But given the logistics of the Copa America tournament bracket, the winner of the group is likely to face Ecuador in the knockout round while the runner up has a tough date with Brazil. (This is not yet set in stone. But it is by far the most likely scenario — and the one the coach should be expecting.)

Did Pékerman not care about the next foe? Did he underestimate a Costa Rican team that lost 4-0 to the United States in its last game? Did he have too much faith in his backups? It is probably a combination of all three.

Regardless, resting your top players in a major competition is a luxury. This is reserved for the likes of Argentina, a team that has appeared in tournament finals the past two summers in the 2014 World Cup and 2015 Copa America. Colombia is not on that level and does not have the depth to expect a draw with its reserves — even against a bad Costa Rican side. It makes sense to sit James as he tries to let his shoulder heal. Perhaps giving Carlos Bacca a night off could also be prudent. But players like Cardona, Santiago Arias, and even Cuadrado are young and fit enough to play at least the first half and remain fresh for the next game.

There is a silver lining in the loss, however. A few of the reserves showed their potential.

Before Fabra’s own goal, he scored one for Colombia. His move to cut in to to the middle and receive the pass that led to the team’s initial score was impressive. He controlled a long ball with a soft touch then showed poise amid traffic in the box before he put it in the net. On top of that, the fullback’s defensive ability was apparent on one play when he tracked back to make a tackle. He caught a knee to his face as he stopped a threatening chance and was forced off the field. He returned with a bandage covering the cut near his eye, however, playing through pain and later learning what it was like to make a major mistake on a big stage. These are two moments his will remember the next time his number is called.

Roger Martínez, a 21-year-old striker from Cartagena, also got good minutes on the field for the senior team. While he had no stand-out highlights, he looked good overall and is someone Pékerman definitely sees as a goalscorer of the future. Martínez scored 8 goals in just 9 appearances this season for Racing Club in the Argentine league and will star for the Colombian Under-23 team later this Summer in the Olympics. In fact, the rising star, who scored both goals in a 2-1 qualifying win in March, is the only reason the country got an invite to the games in Rio.

The best of the lot was the 19-year-old Marlos Moreno. In addition to scoring a goal against Costa Rica, the Medellín product displayed flashes of speed and dribbling skill that made it obvious why he has been hailed as one of South America’s future stars. His pace led him to open space deep down the field, and with the ball, his uncanny balance helped him dribble by multiple defenders. With rare agility, scary explosiveness, and a low center of gravity during attack, Marlos was able to uncover seams — or create them — in the opposition’s formation and stand out as the best athlete on the pitch.

The teenager has already made his mark in Colombia, scoring 5 goals in 16 matches to help Atletico Nacional win the league title last season. Then he showed the rest of the continent his talent with a blistering golazo in his first game in the continental club competition in Buenos Aires. And Marlos doubled down on that with a game-winning assist for Colombia against Bolivia in March. His play over the past eight months has been so exceptional that of Tim Vickery of The World Game wrote that “not since the likes of Sergio Aguero, Alexis Sanchez, and Neymar have I been so enthusiastic about a young player.”

These players are likely to be the new foundation of the team that James leads to the next World Cup in two summers. So getting them national team experience in a major tournament has value in and of itself.

You just have to wonder: At what cost did it come? In seizing a chance to develop the next generation, did Pékerman jeopardize the present? A few skilled players with promise running around the field does not make a coherent team. There was no spine on the pitch. Those playing through the middle committed positional errors, gave the ball away, and routinely made bad decisions.

“We expected a better match,” said Pékerman after the game.

Everybody did, José. And now, Colombia is at risk of having to beat Brazil, the most decorated country in football history, in its next game. This current incarnation of Brazil is certainly not the same as the feared editions from the past. But it’s still Brazil.

If Los Cafeteros bow out in their first game of the knockout round — like they did in the last Copa America — the coach will have to wonder how much his decision-making factored into another poor showing. Colombia is a nation that is trying to re-prove to the world that it is an elite team. Not in the future. Now. Hopefully, Pékerman didn’t set up his current team for failure in an attempt to improve the seleccíon of 2018. 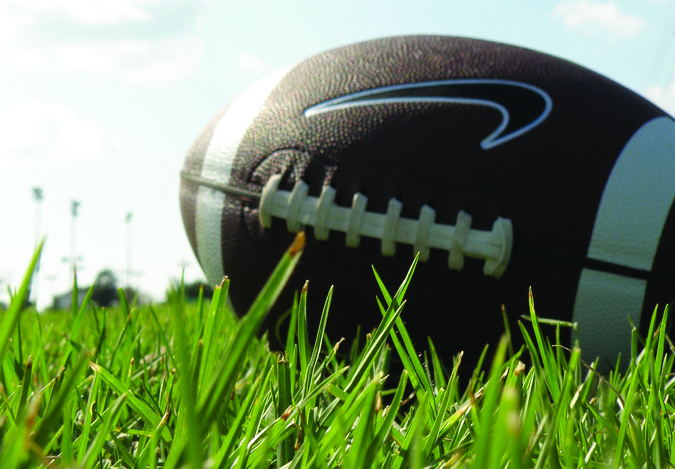