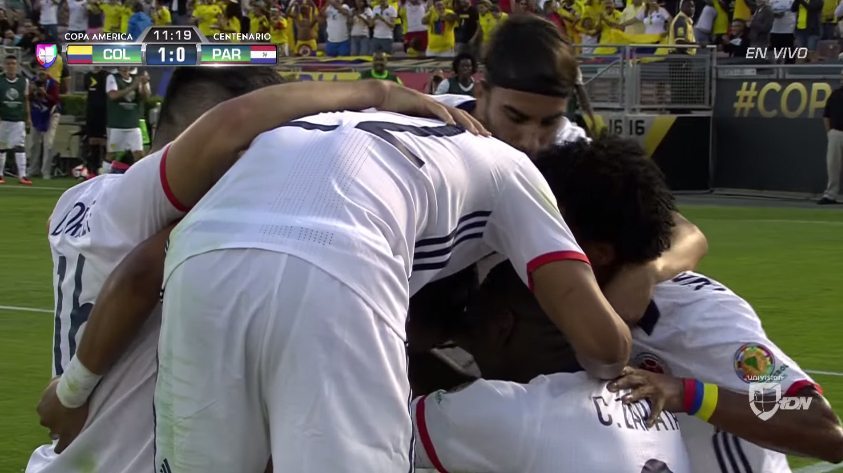 James Rodríguez wasn’t expected to play. After suffering a severe shoulder injury against the United States on Friday that will require surgery, various media outlets had already ruled him out against Paraguay. But José Pékerman said he would wait until the last minute before making any decision. The coach who has shown unwavering belief in his 24-year-old captain held out hope that he could heal enough to play.

James not only took the field — he owned it. The superstar played majestic football, scattering deft passes all over the Rose Bowl pitch in Southern California while seeming to always make the right decision.

While Colombians have become accustomed to high-level play from James, such an performance seemed in doubt at the outset. The midfielder began the match playing outside on the wing, as opposed to his normal central playmaking role. But his teammates quickly adapted and feed James the ball early and often. He remained the focal point.

With the ball at his feet, the captain become the catalyst of a attack that stretched the defense with linking passes ahead and changed sides from touch line to touch line. This left space for well-timed and accurate passes that the dangerous quartet of James, Juan Cuadrado, Carlos Bacca, and Edwin Cardona were able turn upfield to put constant pressure on Paraguay.

Though it looked like a goal could come at any time, it was a set piece at the 12-minute mark that got Los Cafeteros on the board. James Rodríguez played a corner kick right in front of the net, where Bacca was able to elude a physical defender to elevate and head it into the net.

The team didn’t ease up after gaining the lead. The firepower continued to rain down on Paraguay, and those efforts paid off with a second goal coming after a half hour of play.

Bacca got loose in the final third to win a bouncing ball away from two defenders before tapping it off to Cardona in the middle of the box as he was falling. Cardona, too, was unable to play the ball clean and did all he could to lay it off wide to a streaking James on the left side. The playmaker became the finisher as he drove a hard shot around the keeper into the lower right side of the goal.

It was the epitome of Colombia’s victory on a night when the more talented side lacked precision in finishing but continued to create chances with a blend of savvy passing and non-stop effort. The result was the team taking a 2-0 lead into halftime for the second straight game — and starting to look like a squad that could win this tournament.

This was another 2014 World Cup-like performance from Colombia, the type of showing that started to rear its head again recently in the lead up to Copa America. The team overall — and James in particular — were just as dominating in their most recent meaningful game against Ecuador in March and displayed similar signs against Bolivia. This first half may have been the best yet, with James looking like the sublime centerpiece who led the World Cup in scoring.

The game wasn’t without worrying elements, however. Paraguay took charge in the second half as Colombia was too willing to sit back and protect its lead. The opponents in red were relentless, playing with the courage of a team that has nothing to lose and nearly scoring multiple goals.

A Colombian defense that looked well organized while beating the United States was shakier, especially on set pieces. Paraguay sent a free-kick screamer off the crossbar right before the mid-game break and a phenomenal diving save from David Ospina was necessary to prevent another direct kick from going in during the second half. Other corner kicks and set-piece plays also landed too close for comfort.

Victor Ayala finally put Paraguay on the board with a golazo on a rocket shot from nearly 30 yards out that Ospina had no chance to stop. But despite the scare, Colombia was given some relief when a foolish foul earned Oscar Romero his second yellow card and a sending off to put Paraguay down to 10 men.

But the final 45 minutes was far from one-sided. Even while taking their foot off the gas, Colombia was able to expose Paraguay with counter attacks throughout the second half. After winning possession, they regularly took off with a numerical advantage but lacked the focus and touch to add any more goals. Cuadrado was careless on several tries, misplaying balls sloppily, and Bacca blew a few rushes with an oafish inability to control his pace or the ball. James Rodríguez was far from perfect himself, giving the ball away a few times and failing to get a clean strike on a ball from just 12 yards out that should have been a goal.

Though such criticism is valid its also feels like nitpicking. A lucky bounce or two either way could have altered the scoreboard, but Colombia showed its superior skill throughout the match. The takeaway from this 2-1 victory was that James is still healthy enough to play — and star — on a team that now looks to be in as good form as anyone in Copa America.

With the win, Colombia guaranteed its place in the knockout round. It can also clinch its group with another win, or even a tie, on Saturday against Costa Rica. (A U.S. win and Colombia loss would leave the two teams tied atop the standings, with the winner being decided by goal differential.)

So while Los Cafeteros have done well to go 2-0 so far in their two games and now control their own destiny, winning the group is paramount. The Group A winner will likely avoid playing Brazil in the next round and instead have a date with a softer squad from Peru or Ecuador.

James Rodríguez has already done more than his share, playing through pain and adding two goals and an assist in two games. Now he and his teammates will need to maintain their effort and attack — while cleaning up the sloppiness that prevented this game from becoming a 4-1 laugher.

Collectively, Colombia underperformed at the last Copa America, and a down year at Real Madrid jeopardized James’ individual reputation. Both are on their way to redemption. They only need to seize the opportunity. 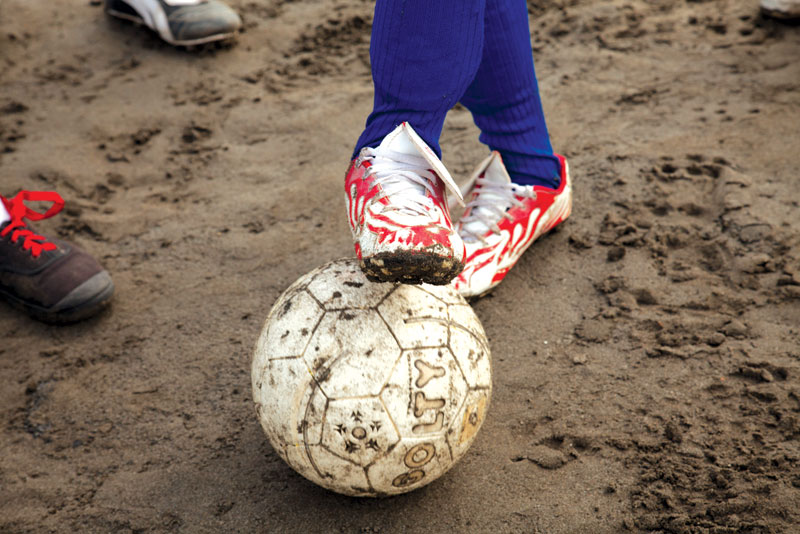