Malcolm Griffiths quickly got to know the Chilean football scene. Originally from Manchester, England, he arrived in the late 1990s to scout talent.

Griffiths’ brother was a card-carrying player agent, and South America was a hotbed for talent. So Malcolm spent his days trying to sign youngsters to contracts.

Despite having no scouting experience, he befriended Chilean national team manager Nelson Acosta and, in time, learned to discern which kids had promise.

“The first one we signed was Gary Medel,” said Griffiths.

Medel is a midfielder who rose to fame playing for the Chilean national team in the 2014 World Cup. The same summer, he was sold to Italian side Inter Milan for US$10.7 million after having played for Cardiff City and Sevilla.

The Griffiths brothers, however, had known — and signed — him when he was just a kid. Unfortunately, they lost him as a client before the fame and dollars poured in.

“We actually had him too soon,” said Griffiths, “because it’s virtually impossible to get a young player from Latin America into a Premier League club — or any club in England.”

He cites right-to-work rules mandating anyone from outside the EU must be of the “highest caliber” to get a work permit. To qualify, foreigners must have played in 75% of their senior national team’s games during the previous two years — a high bar few young players meet.

Though he lost Medel, Griffiths learned what true young talent was by meeting other Chilean stars — Alexis Sánchez, Arturo Vidal, Claudio Bravo — when they were teenagers. He left Chile to apply these lessons in Colombia while representing the Bolton Wanderers, an English club in the Premier League.

Griffiths ran scouting camps to find young players. It started small in December 2011 with 140 boys training for a few days aside U.K. coaches. He took the best four players to England to compete and visit Bolton’s grounds. Griffiths recalls looking at all the kids at the camp’s closing ceremony. “I realized at that moment how important this all was to young players,” he said.

The next camp in 2012 was even more ambitious. More kids attended, and this time he took dozens on tour. “We had 80 kids on a plane…going to England for a week,” said Griffiths. They lived like real players for four days at the hotel in Bolton’s stadium and traveled to Manchester United’s hallowed Old Trafford to tour the stadium.

Half the kids — some as young as 12 — had never been on a plane. So stepping on the same field where Cristiano Ronaldo used to play was life-changing. It was for Griffiths, too, and the experience led to an agreement with Bolton to form a youth club called Alset Bolton in Bogotá in July 2013.

He launched with just 30 kids, but the club grew to 400 within 18 months. It has had astounding success on the field in this short time. His apartment is lined with trophies, and he credits disciplined, rigorous training for the rise from local startup to city powerhouse.

The approach isn’t typical in Colombia, but he says the kids appreciate how seriously the operations are run.

The trips to England have continued but are now less about tourism and instead about competition. Alset Bolton has won trophies — the Under-12 English Super Cup — and competed in the prestigious Milk Cup in Northern Ireland. Yet, even as titles and international trips become routine, he knows that most kids will never go pro.

Few make it. Even with 1,200 youth football clubs in Bogotá and more than 22,000 registered kids playing, there are not many Gary Medels.

But he has seen horror stories of unscrupulous agents and coaches who take advantage of kids. Too many will ask for a US$3,000 payment and promise to  turn them into a star. Scandals reveal cases of Colombians who are shipped to Argentina but then barely play and live in squalor.

“In this industry, there are a lot of people willing to make false promises to young players — who prey on the kid’s desire, and the parents’ desire, for them to become professional football players,” he said.

At Alset Bolton, a few kids do have real promise. One 14-year-old who trained with Alset for three years is destined for the pro ranks, likely in Italy. Another 18-year-old got a trial with a big club in Chile. Still, Griffiths realizes most are only going to become adults — not pros. “We’re very careful not to make false promises to these boys,” he said.

One reason Griffiths tries to be honest with everyone is the price. At $220,000 pesos (US$75) per month, it is expensive to train with Alset. This gets four training sessions each week, but the lowest-level teams cost $30,000 pesos (US$10) each month.

He says the fees go to certified coaches and renting time on the best fields in Bogotá. While the cost is high, he says the club is investing in the top-tier training not rolling in profits.

There are also scholarships available. Griffiths says he has subsidized US$40,000 in training and travel, and he wants to expand that through sponsorships. He also makes the club about more than football, offering English lessons to kids.

Alset Bolton also has an arrangement with Myerscough College in England, where kids can get a degree and play football on a two-year exchange. Several kids have already gone and more are going in the fall.

Griffiths knows this type of development — discipline and education — will benefit more of his kids in the long run. He is proud of the championships, but just as excited to add degrees and English-language proficiency scores to the club’s trophy case.

More than putting a ball in the net, these are the goals that will lead to lifelong success. 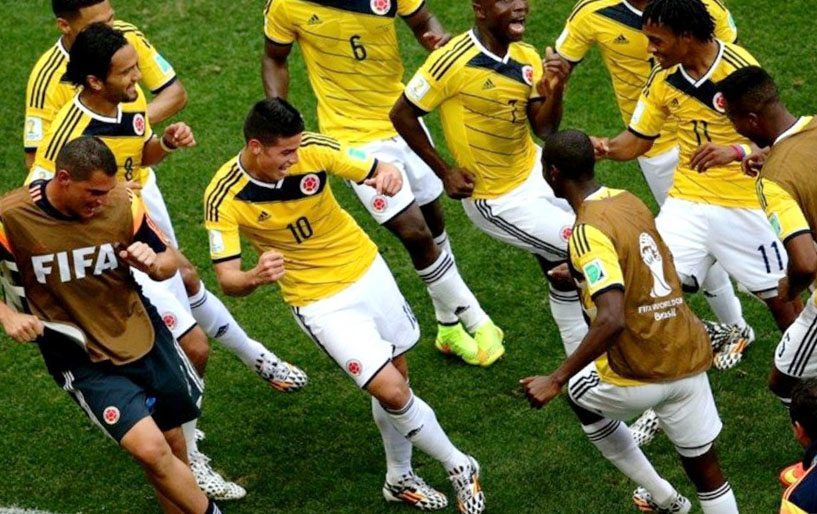