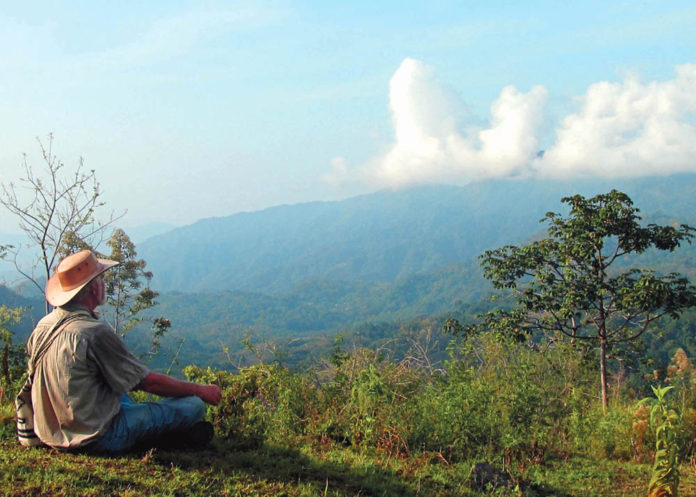 Every voice that comes out of Colombia’s Sierra Nevada de Santa Marta is a vision of hope. John Lundin writes from the heart, and the heart that he invokes is the very heart of the world” — Wade Davis.

An American heads into the hills of a sacred mountain, finds four walls he calls home, and sits down to write a novel accompanied by toucans. This is a brief vignette of author John Lundin’s life in the Sierra Nevada de Santa Marta. If it appears taken out of a Hollywood movie, it is because the extraordinary story of Journey to the Heart of the World is one that has to be told, for it is not only a personal journey of self-discovery, but a message to all mankind.

Journey to the Heart of the World is the culmination of three years of conversations with the Elders of the Kogi, Arhuaco and Wiwa indigenous peoples who for millennia have inhabited the Sierra Nevada de Santa Marta, the world’s highest coastal mountain range and sacred heartland of our Elder Brothers.

The spiritual journey that culminates in a published work though, began many years ago, on the tough streets of Chicago’s South Side. Facing a mid-life career change, Lundin aimed for a Masters of Divinity from the Theological Seminary at the University of Chicago, and during the course of his studies that included pastoral counseling and a hospice chaplaincy, he was invited to participate in the 100th Anniversary Parliament of the World’s Religions in Chicago, and which included a keynote speech by Tenzin Gyatso, the 14th Dalai Lama.

A meeting with the monk resulted in a rare invitation for Lundin to visit his Tibetan Buddhist sanctuary. He headed to Dharamsala, India. Ensconced in the high Himalaya, the pastor began a series of conversations with the world leader that evolved into the spiritual spine for his first novel, The New Mandala – Eastern Wisdom for Western Living.

After a year and a half in India, and a book rolling of the press, Lundin returned to the United States and joined Menla Mountain Retreat Center, an endeavor of Tibet House New York. Lundin was put in charge of the center’s spiritual retreats. When his mother passed away after a long fight with cancer, Lundin could have stayed in the Catskills, but once again, destiny came calling  –  this time, from the peaks of Colombia’s highest mountain.

Journey to the Heart of the World was released last month by Humanitas Media Publishing, and a year after an electronic version for Kindle on Amazon. 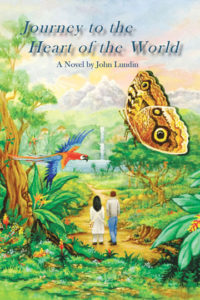 Part fantasy, part adventure, this fictional work has already been critically-acclaimed and a Hollywood film version is in the works. Michael Brune, Executive Director of the Sierra Club describes Lundin’s book as “ancient wisdom, wrapped in a vision quest, inside an adventure story.”

The Journey’s story begins when a teenager from the Catskills chases a talking butterfly to the mountain home of a lost tribe in the mountain jungles of South America. The elders’ sacred teachings initiate dream-like adventures through his past and future lives, revealing secrets of a deeper spiritual and environmental message.

If the purpose of life is conservation and the protection of our natural habitat, then Lundin’s book safeguards sacred values. Even though the protagonist of this fiction-turned-fable is a young man, the message revealed in 232 pages transcends age and must be read for its universal theme of hope.

As we face environmental loss to climate change, Journey to the Heart of the World is an intensely personal story of redemption after a personal calamity. It is a book steeped in reverence, sharing deep insights from the heart of Colombia’s most sacred of territories; and not unlike the Dalai Lama in a predicament of isolation, Lundin, has found a sanctuary in the Sierra.

And as we search for meaning in a world so interconnected, yet defined by so much anxiety, Marianne Williamson, The New York Times bestselling author of A Return to Love writes in a poignant review: “The world is so weary and filled with fear; our souls are longing now for enchantment and hope. John Lundin has traveled to the heart of things, emerging with the light that guides our fearful hearts back home.”