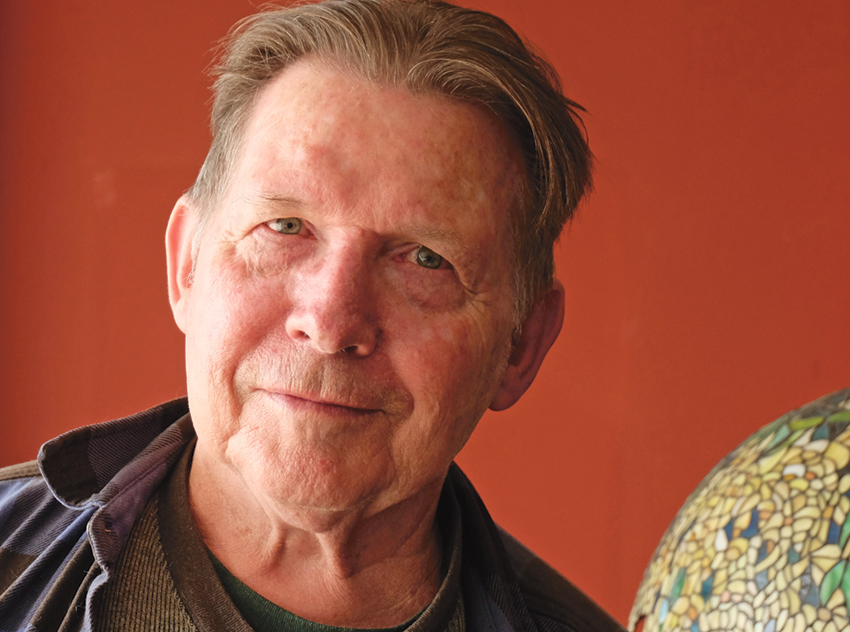 Thomas Defler has gotten malaria about 20 times. It comes with the territory when you dedicate your life to studying creatures in the Amazon and is a small price to pay for accomplishing so much in the jungle.

Defler wrote the definitive book about monkeys in Colombia and even discovered a new species, the Caquetá titi, after forging a path through guerrilla-controlled lands where few dared venture.

Defler knew there was an undocumented species in the area. A British scientist had described seeing a new monkey in a book from the mid-1970s. But a half-century of war with the Revolutionary Armed Forces of Colombia (FARC) meant there was no safe way to look for it.

“It was impossible for a foreigner to really travel around southern Caquetá,” said Defler.

Searching for a new species

Then one day he met a student, Javier García, from the area. García’s father was a veterinarian in the departmental capital Florencia who traveled widely enough to become known by local rebel leaders. Making use of his unofficial pass to traverse freely, their research group was able to enter the treacherous zone.

And in 2011, they located a monkey that was unknown to science even though it had lived in these trees since before the first Spaniard landed in South America.

In this case, danger was avoided. But throughout Defler’s career exploring the Colombian forest, the threat of death — and not from malaria — was all too common.

Thomas Defler first arrived to Colombia in January 1976. A Colorado native, he learned about a Peace Corps program seeking a primatologist from his future mentor Jorge Ignacio Hernández Camacho. The plan was to study woolly monkeys in the renowned Macarena region, but he was unable to carry out that mission due to a recent surge in guerrilla activity.

Changing course was wise. The next year, in 1977, a U.S. botanist named Richard Starr on a similar Peace Corps assignment was kidnapped by FARC members in the area and held captive for three years.

“It was very frustrating in ’76 because all I wanted to do was go to the field and start doing research,” he said.

Months later, with Defler growing restless in the capital around too many humans and pigeons, Hernández offered him two potential assignments. He only had one question: “Which is farther from Bogotá?”

He wound up in eastern Colombia in the department of Vichada. The primate population density there isn’t as thick as in some other regions, but he was in paradise. The lands were unspoiled by development and ripe for study. Defler traveled all over, alone, in a canoe.

“I would put in to the rivers and spend five weeks going downriver by myself,” he said. “It was wonderful.”

He studied various monkey species and documented giant otters, which were endangered due to the fur trade. Recovery had begun in recent years after the practice had been banned, however, and he found plenty of otters.

One day Defler came across something no scientist wants to discover. The white powder in the grass gave it away. He had stumbled across a cocaine laboratory, and his timing was terrible.

Though it appeared vacant, the owners had just landed in a small plane. Three men approached through the clearing before he could get away.

“It was a typical narco-trafficante with gold chains around his neck, and he had two assistants,” said Defler. “One was a middle-class kid from Bogotá. I could relate to him. The other one was just a man with no humanity in his eyes — the coldest stare you could imagine — who I’m sure was the guy he used to get rid of people.”

Defler had a small camp and canoe down by the river. They let him go after some nervous discussion, but he thought he would never make it home.

“Just before they said goodbye, the jefe asked the guys if they had bullets,” said Defler. “I suppose it was meant for me to hear. I could have shit my pants.”

Making matters worse, Defler had just finished reading a book about guerrillas. One revealed that he preferred to shoot people as they walk away so they won’t be begging. It’s a lot easier to shoot a man in the back.

The walk to his canoe, about a football field away, would be the longest of his life. “I was just thinking, Jesus Christ, they’re going to kill me.”

There are at least 36 species of monkeys in Colombia. Only a few countries have more, and Manuel Ruíz, at Javeriana University in Bogotá, is doing molecular DNA testing on a few others that could push that number up to 40 depending upon the results.

There are probably also a few that remain undiscovered due to remoteness and the guerrilla threat. Southern Córdoba is one area that has barely been studied. The Pacific coast in Chocó is another.

About half of the known species are endangered, mostly due to deforestation, including the Caquetá titi that Defler and his team found.

“The monkey that we discovered is probably the most endangered in the country,” said Defler. “There may just be a few hundred of them”

The woolly monkeys that Defler originally came to Colombia to study are doing better, something he helped establish at a research center he founded in the Amazon in 1983. Located in the Vaupés department, he lived and worked there for the next 15 years.

He and his wife, Sara Bennett, even rescued and raised orphan monkeys at their Caparú center. The institution they built was profoundly rewarding, both from a research and spiritual perspective. These would be the best days of his life and he was providing invaluable information from a place that had never been studied scientifically.

Forced from the field

Then, one harrowing day, it all came to an end. FARC guerrillas had called this jungle home since before Defler had even heard of Colombia. They were aware of his center and bothered him on occasion.

Now they were ramping up their control of the region, eventually taking over the department capital of Mitú in what was one of their biggest — and bloodiest — victories.

For a reason he never learned, the commanders wanted him gone. He was escorted to a canoe and sent on his way down the Apaporis River. It was a far paddle to a village with an airstrip capable of sending him on his way back to civilization, but long boat rides were common for him after decades spent in the Amazon.

The real fear came when the FARC thugs caught up with him hours later. He could only think of one reason they would follow him and believed it would end with a bullet. With the fear of death taking over his instincts, Defler dove out of the boat. He somehow managed to evade the armed guerrillas and make it to shore.

It would be three long, frightening days before he would see another human. He navigated the flooded region by swimming and floating down river — moving only at night since crocodiles and snakes were less threatening than the men.

Some 60 hours later, he ended up in another country, finding salvation at a military outpost across the border. “I was essentially three days swimming the river to get away…I was so happy to see the Brazilians,” said Defler. “They’re really professional — and they hate guerrillas.”

He hasn’t gone back. His research was lost. It was a devastating end to his time at Caparú, the site of his life’s work and greatest passions. “I never went back,” said Defler. “Because the cuadillo had said that if he saw me again that he would kill me. And so I took him at his word…For two years, I was traumatized because of the FARC in Vaupés and what I had to go through.”

Honored by the Colombian Academy of Sciences

In August, the Colombian Academy of Sciences honored Thomas Defler with a lifetime achievement award for four decades of research in his adopted home.

“After so many years of work, it’s good to feel recognized,” said Defler. “When I arrived in ’76, there were maybe three environmentalists in the country.”

Some believe that more than a half-century of conflict, as horrible as it has been for the people of Colombia, was good for nature. There has been less oil exploration and general development than there otherwise would have been due to the insecurity. So some ecosystems should be better preserved than similar areas in Peru or Brazil, for example.

For a scientist mind like Defler’s, it’s impossible to know. Nobody was working in these places. So there are no documented charts and studies about habitats and animal behavior to use for historical reference. It is only because of brave scientists like Defler that the incredible biodiversity of Colombia has become as understood as it is.

With the FARC laying down arms and signing a peace accord with the government this year, some of these areas should begin to open up to study. But to the degree new places can now be studied, will largely be up to others.

Defler hasn’t been out in the field for two years. He has teaching duties at the National University and suffers from more health issues. The malaria he used to contract regularly may be debilitating today, and traveling by canoe in an era before sunblock didn’t help.

When not teaching and writing, he passes his days in a Bogotá apartment with his cat, surrounded by potted orchids and fish tanks. Paintings of monkeys adorn his walls.

Although he isn’t the same intrepid adventurer, he remains tied to this country. But it never gets easier. Defler felt misfit for society in the United States and decided he wanted to become a South American. He never truly fit in here either — “I’m just one of those people” — but the forest was always a place of tranquility and purpose.

He did consider leaving once. There were plenty of monkeys — and fewer problems — in Peru. He even had a great job offer in Brazil. But after five years struggling to pick up Spanish, going somewhere he would have to learn Portuguese was simply not appealing.

Forty years ago, while on a soul-searching trip to California, he picked a new place to live and work. Today, more than ever, he knows Colombia was the best decision of his life.

“Occasionally people will ask me, ‘Are you thinking of retiring in the United States?’” said Defler. “I just have to laugh…This is my home.”