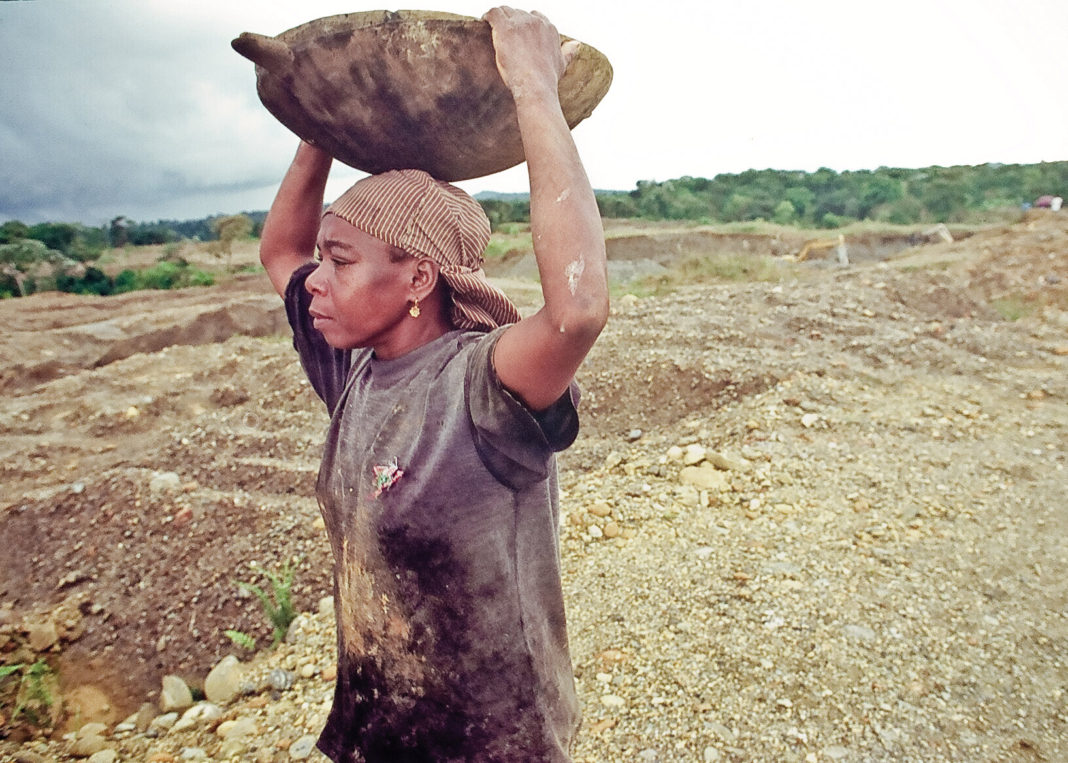 Illegal gold mining is ravaging Colombia’s forests at an alarming rate, claims the 2019 report of the United Nation’s Office on Drugs and Crime (UNODC).

The report warns that 48% of all illegal activities are taking place within the country’s National Parks. Among the most affected are Parque Nacional y Natural, PNN, Puinawai covering the departments of Guainiía, Vichada, Vaupés, Guaviare and Caquetá and PNN Paramillo in Antioquia and Córdoba. Also on the list is PNN Farallones, in Valle del Cauca, with a surface loss amounting to 98,000 hectares, of which 47,000 is vital in preserving endangered biodiversity.

In cratered landscapes that cover large swathes of the country’s Pacific region where artisanal mining has taken root at the mercy of criminal networks, the UNODC report details not only the “very serious threat” to the country’s biodiversity, but towards the integrity of the predominately Afro-Colombian populations who face extorsion, human trafficking, and the sexual exploitation of children.

The document, elaborated by the United Nations, U.S Embassy and Colombia’s Ministry of Mines and Energy, and titled Explotación de Oro aluvión (Alluvial Gold Exploitation), reveals the close ties that exist between gold mining and financing of armed criminal groups, including FARC dissents, operating in the departments of Antioquia and Chocó. Alluvial gold dredging machinery has also been identified in five rivers of the Colombian Amazon, the most affected of which is the Rio Caquetá.

The report also highlights the formalization process of miners in San José del Fragua, where UN intervention has reduced this community’s exposure to criminal groups operating in the region, a model that can be replicated in Cáceres, Nechi and Zaragosa, in Eastern Antioquia.

According to Carolina Rojas, deputy Minister of Mines and Energy, of an estimated 27,000 informal gold miners in the country, 10,000 have requested the government to legalize their occupation. The report also shows how coca production and gold extraction overlap in diverse topographical regions, from the watershed of the Atrato River and Uraba Gulf to the steeps canyons of Cauca.

As vital corridors for drug traffickers, Colombia’s rivers are receiving the brunt of contamination caused by mercury used in gold extraction. With the rapid expansion of illegal mining, populations are facing forced displacement by armed groups to clear even more forest for prospecting.

After the signing of the 2016 peace accord between the Colombian government and Revolutionary Armed Forces of Colombia (FARC), regions that were controlled by the guerrilla found themselves up for grabs, and in this power vacuum, FARC dissidents have forged shadowy alliances with the Sinaloa and Clan del Golfo cartels

A study conducted by the Global Initiative Against Organized Transnational Crime states that “the value of illegal gold exports exceeds the value of cocaine exports […] and most profitable way to launder money in the history of Colombian drug trafficking.” And as the quest for gold fuels much of the deforestation in the country’s National Parks, another precious metal, platinum, is almost exclusively mined in the department of Chocó, amounting to 95% of the national share. An ounce of platinum on the global market fetches between U.S $850 and US$ 970 compared to U.S$1,500 for the same weight in gold.

For illegal miners, there’s no place in Colombia too sacred, nor too protected to ravage with deforestation, and which has encroached on indigenous land in the Sierra Nevada de Santa Marta, as well as in one of the country’s most promoted tourism destinations: Caño Cristales in the Serranía de la Macarena, known around the world for its magical River of Seven Colors.

The release of the UNODC report comes as the country, last month, faced wildfires that burned out of control within the National Parks of Tinigua and La Macarena, destroying more than 4,500 hectares. The fires were attributed to two FARC dissident commanders, aliases “Gentil Duarte” and “Calarcá.”

As an encroaching line of fire in PNN Tingua could be seen from La Macarena’s rock massif, part of the “Jaguar Corridor” that extends from the Magdalena lowlands to Amazon, the governor of Meta Juan Guillermo Zuluaga confirmed that 120,000 hectares within La Macarena have been lost in recent years to deforestation.

Operation Artemisa was created in April 2019 to secure the conservation of one of the country’s great natural wonders, PNN Serranía de Chiribquete, which the former government of President Juan Manuel Santos expanded to 4.2 million hectares, an equivalent in size to Switzerland.

With illegal gold mining destroying Pacific wetlands and tropical rainforests to clear the way for roads and mining shanties, Operation Artemisa is focused on protecting the Orinoco and Amazon basins to the East of the country from voracious cattle ranchers and colonizers. As a military strategy, Artemisa has plenty of heavy artillery, but despite heightened conservation initiatives, Colombia appears to be falling prey to a growing number of environmental predators.

A legend that lives on