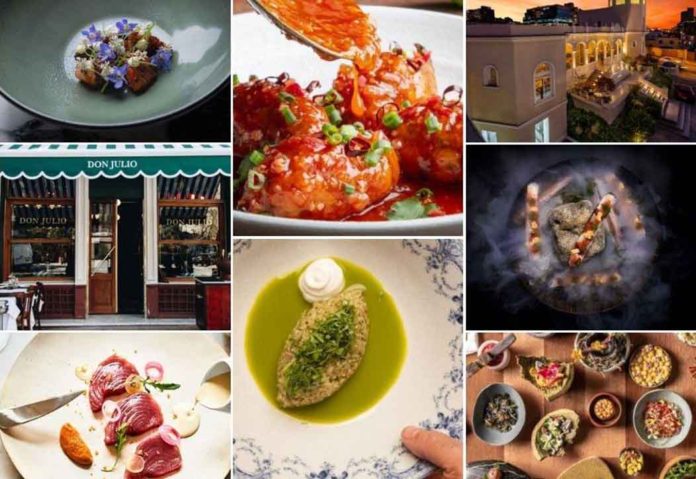 Four Colombian restaurants have been ranked among the Latin America’s 50 Best Restaurants according to the annual contest compiled by S.Pellegrino & Acqua Panna. The list features fine dining venues in 43 cities across 17 countries at an unprecedented moment when the gastronomy and hospitality sector has been impacted by the coronavirus pandemic.

The eighth edition was released during a virtual ceremony on December 3 and celebrates a wide range of culinary traditions, from the rediscovery and preservation of traditional dishes to pioneering cooking techniques. “You will find that this collection celebrates not only restaurants that have contributed to their country’s gastronomic scene, but also those that have gone above and beyond for their communities. We see them as representing and embodying the spirit of Latin American hospitality,” states William Drew, Content Director for Latin America’s 50 Best Restaurants.

In the official World’s 50 Best List, the Lima-based restaurant Maido once again took top honors for the perfect blend of Peruvian and Japanese cuisine at the helm of Chef Mitsuharu Tsumura.

Two Bogotá restaurants, El Chato, the brainchild of chef Álvaro Clavijo and Leo, by Leonor Espinosa, made Top 10 for Latin America coming in seventh and eighth place, respectively. This is the second year that El Chato is considered the best restaurant in Colombia. The other winners are Harry Sasson (25), and Cartagena’s Celele (49).

The contemporary seafood inspired Celele joins the Best 50 List after winning the 2019 Miele One To Watch Award. Chef Sebastián Pinzón of Celele was named last year a regional finalist in San Pellegrino’s Young Chef contest. Pinzón, through his professional project Proyecto Caribe Lab, is committed to helping vulnerable farming and fishing communities along the Colombian coast, and carefully selected ingredients are used to create dishes with a sensory experience. “My mission is one of constant rediscovery,” remarked Pinzón to The City Paper.

Don Julio, a Buenos Aires stalwart, clinched the award for Best Restaurant in Latin America. Dating back to the late 19th Century and food icon of the vibrant Palermo district, Don Julio’s grill represents Argentine cuisine in a single meal. Restaurateur Pablo Rivero has been cooking since he was 20 years old and has dedicated his career to perfecting Don Julio as a window on his country’s diverse culinary landscape.

Medellín now has its own Andrés, pues