Sometimes a decent cocktail just can’t wait until the weekend. Never fear, as Bogotá offers plenty of options for sipping on a midweek drink. While not an exhaustive list, the following are a few of the city’s legendary martini bars, sure fire spots for quenching the thirst brought on by a long workday.

This very frequented restaurant is a city favorite for its fresh fish menu. From England’s fried Fish and Chips – served with Malt Vinegar – to a long list of ceviches, Central also offers guests a chance to buy raw fish and oysters over the counter at their market stand named Pescadería Central. While a cold beer or an Argentine Malbec might be a good choice when ordering a bowl of ceviche, Central serves excellent martinis, which beg to be tasted. The vodka martini is so generous that you are thankfully allowed more than two green olives.

The terrace patio of Harry’s on a Friday night is where Bogotá’s “in” crowd meets and mingles. A table near the open kitchen shows what the Sasson cousins (Harry and Saul) do best: attend and greet guests thanks to their ever popular and extensive bar menu. From platters of thinly-sliced carpaccio to Philadelphia steak, glazed ribs in spicy guava sauce and their excellent grilled scallops, Harry’s is as close as you can get to feeling you’re a big shot from Hollywood. With an excellent gin and vodka selection, the wooden bar is the place to be for that after work get together. Ask for a Hendrick’s martini with sliced cucumber. Reservations are recommended for large groups.

Its name brings back Cold War angst. But don’t fret, because at Pravda, vodka perestroika is alive and cozy, especially on those chilly Bogota nights when one craves a dark chocolate martini. An outside terrace offers intimate atmosphere, slightly elevated from the crowds of the pedestrian T Zone. Inside, with dim lighting and large black leather sofas, recalls the Adele meets Daniel Craig crowd. Martinis are the house specialty, and they come served with every imaginable Colombian fruit, although the chocolate martini remains my personal favorite. From sophisticated bar to a late night party scene, Pravda is ideal for celebrating martini culture.

On the second floor of a renovated colonial house in La Macarena, El Libertador offers lounge-hoppers a night of elegance, mystery and sophistication. The decoration reflects a modern take on the golden age of the 1950s. Staff know their liquor lexicon, making this bar one of the best and most comprehensive in its class. The menu lists every type of drink by country of origin. Discover the most elaborate flavors from the New World or the slightly Older one, and after a few martinis, imaginary worlds to be. El Libertador invites music enthusiasts to select the evening’s playlist from private collections, and encourages a different style everyday, ranging from Bossa Nova to Jazz, Funk and Indie Rock. Though this bar has no kitchen, drinks can be accompanied by fresh, marinated anchovies or other pickled delights.

During the last decade, Bogotá’s nightlife has become a melting pot of renewal and revolution. While many venues open and close, In Vitro has stayed for the ride. It has ‘seen it all.’ For twelve years and counting, this bar-club is a second home for night revelers who enjoy the middle of the week rumba. The resident DJs are considered some of the best in Bogotá and will fearlessly mix house and electro with funk and salsa. One of the city’s most representative nightclubs, it hosts events such as Vitro Visual (showcasing the best of Colombian film talent) and AfroLatina. If you reach midnight with their martinis you’ll be rubbing shoulders with fashionistas and the thirty something trend setters.

Did we leave anything off? What are your favorite spots for a midweek drink? 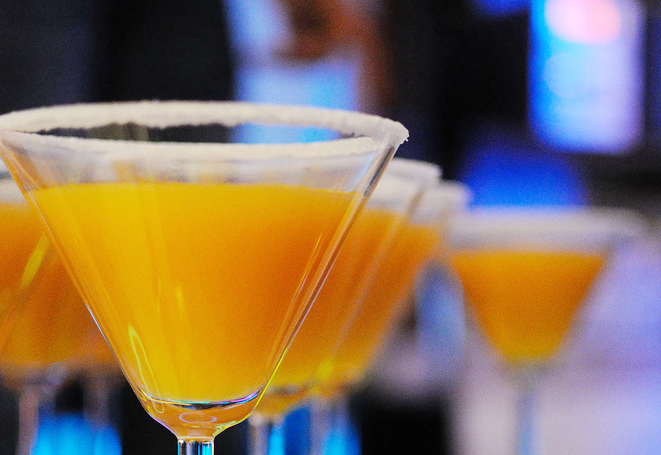