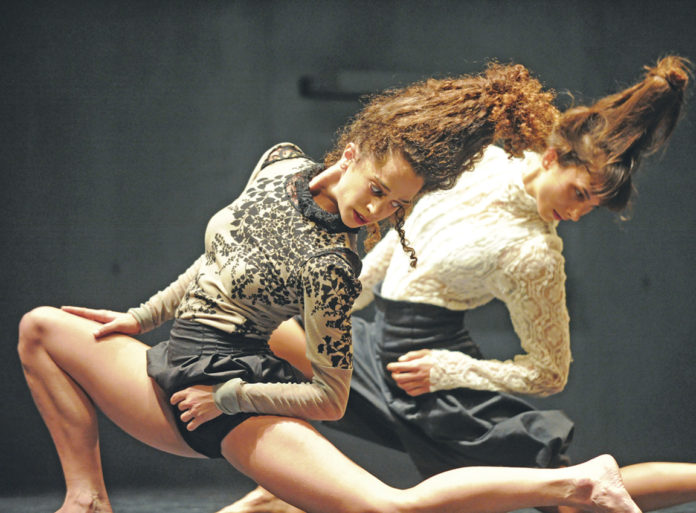 The Teatro Mayor Julio Mario Santo Domingo is a bastion of the performing arts in Colombia, welcoming the most prestigious orchestras, opera companies, dance ensembles, and slate of national and international artists to its main stage.

Even though the curtain has yet to close on 2017, the Teatro Mayor has rolled the red carpet with its 2018 programme appointing Austria as Guest Nation. For audiences, this means, incredible music, including a one night performance by the Vienna Philharmonic Orchestra, conducted by Gustavo Dudamel on March 6. The land of Mozart is also sending to these shores the Orchester Wiener Akademie during the first week of February with a complete repertoire of Beethoven’s nine symphonies under the baton of the orchestra’s founder and musical director Martin Haselböck. On April 20, the chamber orchestra Camerata Salzburg will perform with the legendary Argentine mezzo-soprano Bernarda Fink. And, this is just the beginning of the year.

The Teatro Mayor will also participate with five performances in the Colombia – Mexico year, as well as presenting eight performances under the Cultural Focus Spain – Colombia mission, that looks to promote business, educational and cultural exchanges.

In the dance section, some of the highlights include the acclaimed Sydney Dance Company with their CounterMove/Lux Tenebris performance. Taking audiences on a journey through light and shade, with director Rafael Bonachela’s exceptional choreography and imaginative lighting, this two-night performance (January 26/27) is a must on your agenda. The Spanish National Ballet comes to the Teatro Mayor in March (15 to 19) as part of the XVI Ibero-American Theatre Festival.

One of Spain’s most important ambassadors of dance, the Ballet Nacional de España, will present Zaguán, a colorful display of various musical styles and moves. In August, the Teatro Mayor will host the captivating Scapino Ballet Rotterdam. The Vertigo Dance Company from Israel once again will charm Bogotá with their gravity defying White Noise. Mexico, Chile and Peru have been invited to showcase with their culture with folkloric dances by Ballet Folklórico de México, Ballet de Santiago and Elenco Nacional de Folclore del Peru. Colombian talent will also take to the stage with the Colegio del Cuerpo’s latest performance, La Consagración de la P(az)rimavera based the Rite of Spring by the Russian composer Igor Stravinsky.

For those who love opera, 2018 is mix of contemporary and classical. The first major production is Kurt Weill’s The Rise and Fall of the City of Mahagonny, an experimental work based on Bertolt Brecht’s poems. The musical direction of this 1930s work is in the hands of Briton David Syrus, former Head of Music for The Royal Opera. A Canadian – Czech production, Les Violons du Roy stars Soprano Magdalena Kozena. During four nights in June (21 to 24), Carl Orff’s epic Carmina Burana will resound at the Teatro Mayor in a very Colombian production featuring the Bogotá Philharmonic Orchestra. In September, Spanish conductor Josep Caballé takes on Richard Strauss’ beloved opera The Knight of the Rose, fondly known as Der Rosenkavalier with art direction by Argentine Alejandro Chacón.

From ancient music to World Music, ensembles and quartets, the world of strings is well-represented by Israel (Aviv Quartet), Germany (Henschel Quartet), Spain (Ricardo Gal- lén), among many others.

As a country with incredible musical talent, Colombia is also headlineing with bands and soloists, showcasing sounds that cover cumbia, calypso, reggae and Andean. The country’s main music festivals – Mono Nuñez, Festival del Porro, Festival de la Leyenda Vallenata, Petronio Álvarez – will also be present so that audiences can enjoy music that isn’t always accessible given the region and cost of travel. If you want to hear the 2008 Latin Grammy singer Cholo Valderrama, accompanying strumming harps from the Eastern Plains, then set aside March 10 on your cultural calendar.

In order to accommodate theatregoers and offer the best possible prices, the Teatro Mayor had begun the pre-sale of tickets for all of next year’s concerts and festivals. Clients will receive a 20% discount if purchased before December 31st. Tickets are available at the theatre’s box office, Cine Colombia and online agents Primera Fila. “The 2018 programme is the best we have managed to do in eight years, and represents one of the main com- mitments of the theater, to promote a dialogue between national cultural manifestations with international ones,” said Ramiro Osorio, director of the Teatro Mayor. “The dance and big concerts programme is remarkable,” adds the director, stressing also that no genre has been left out. “Despite the sophisticated and renowned names we have invited as our guests, there will also be more popular and family shows with our artistic excellence and guided by our social commitment to Colombians.”