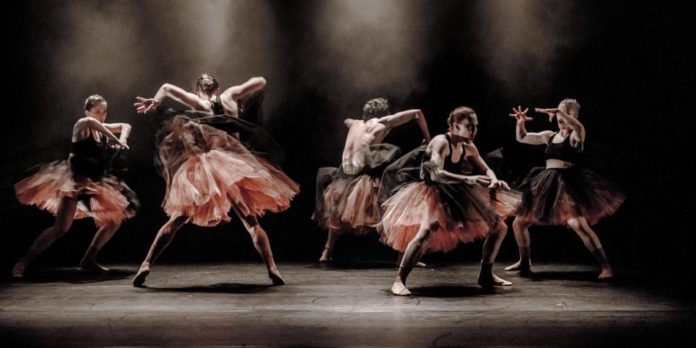 The Teatro Mayor Julio Mario Santo Domingo is bringing the very best of UK culture to Colombia as part of a year-long program to host the United Kingdom as its Guest Nation of Honor. Starting with the first-ever performance in the country by the Academy of Ancient Music to the much-anticipated concert in May of the London Symphony Orchestra under the baton of Sir Simon Rattle, and recent piano recital by Benjamin Grosvenor, the main stage of the Teatro Mayor is also the venue for representatives of other artistic genres; including theatre with a romping – almost tribal – take on Dickens’ Oliver Twist by the Avant Guard Dance Company, and on June 22, the double bill “Ritualia/TuTuMucky” by the Scottish Dance Theatre.

Based in Dundee, Scotland, the Scottish Dance Theatre is also marking its first performance in Colombia with a work by Colette Sadler inspired by Bronislava Nijiaka’s ballet Les Noces and set to the music of Igor Stravinski. The second performance of the evening is TuTuMucky by the London choreographer Botis Seva.

With its focus on the physicality of dance, the Scottish Dance Theatre delivers an energetic production. Adding to a narrative that elevates classical dance with avant-garde sequences, Ritualia celebrates gender and the body as an extension of the natural world. “There is also the idea of the body as a way to gain power, to empower ourselves,” states Joan Clevillé, the theatre’s artistic director. “I think there’s a sense of urgency, of moving in a very visceral way and finding a very urban language. It’s a very different contrast between the two pieces.”

To have the Scottish Dance Theatre for one night in Bogotá shows the commitment of Teatro Mayor to give audiences world-class performances and that touch the audience with the universal language of artistic excellence.